This ink-and-watercolour on vellum drawing of a hare is one of a series by Hans Hoffmann that caught the eye of Holy Roman Emperor Rudolf II, prompting him to invite the artist to join his royal court in Prague. Hoffmann, born in Nuremberg in 1530, was greatly influenced by the work of fellow Nuremberger Albrecht Dürer, in particular his depictions of the natural world. This work borrows greatly from Dürer’s masterpiece Young Hare (1502), which is now in the Albertina Museum’s collection in Vienna. Of the various studies Hoffmann made (thought to be around seven), this work most closely resembles Dürer’s. A subsequent oil painting now resides in the J. Paul Getty Museum in Los Angeles. The work on offer at Sotheby’s was previously in the collection of the Kunsthalle Bremen for nearly a century until it was looted at the outbreak of the Second World War. Resurfacing decades later, it sold to the current owners, in 2008, at Lempertz in Cologne for €580,000, just under a high estimate of €600,000. The photographer Edward Curtis and the Native American warrior Geronimo had more than a few things in common. Both fought to preserve for future generations the Native American way of life, Curtis with a camera and Geronimo with bullet and blade. This soulful portrait shows a 76-year-old Geronimo the day before he would ride down Pennsylvania Avenue as part of Roosevelt’s inauguration day parade in 1905, a symbol of his deference to the incoming president. He had been a prisoner of war in US custody for 19 years, despite agreeing to a two-year exile before being returned to an Apache reservation in Arizona upon his surrender in 1886. After the parade Geronimo pled with Roosevelt, “take the ropes from our hands”, but the president denied his request. He died four years later, never having returned to Arizona. Curtis, too, gave his life for Native Americans. He spent more than 30 years documenting their culture before it was all but expunged from North America. This collection, fresh to the market, was mostly acquired from Curtis’s daughter Elizabeth “Beth” Curtis and her husband, Manford “Mag” Magnuson. Imagine having such a collection that, in order to “refine” it, you choose to sell off a signed Leonardo da Vinci drawing, bought in the earlier, less-focused days of your collecting. That is the decision that apparently faced Thomas Kaplan, the owner of the Leiden Collection, which is renowned for its huge number of Dutch Old Masters, specifically Rembrandts. Although officially referred to by Christie’s as a “family trust” (and the auction house will not be drawn on the name of the vendor), it is the Leiden Collection that is selling this tiny but beautiful silverpoint portrait of a bear. It was owned by the artist Thomas Lawrence in the 19th century and bears his collection stamp. The bear is now one of only eight surviving drawings by Leonardo still in private hands outside of the British Royal Collection and the Devonshire Collections at Chatsworth. It has been exhibited widely—notably in the National Gallery’s 2011 Leonardo exhibition (when it was exhibited next to Lady with an Ermine) and at the Long Museum in Shanghai (2017-18) as part of the Leiden Collection’s global touring show. The drawing, thought to have been done from life, was last sold at auction at Christie’s in 1860 for £2.50 but is now expected to break the record for a drawing by the artist, currently standing at £8.1m (with fees) paid for Horse and Rider at Christie’s in 2001. 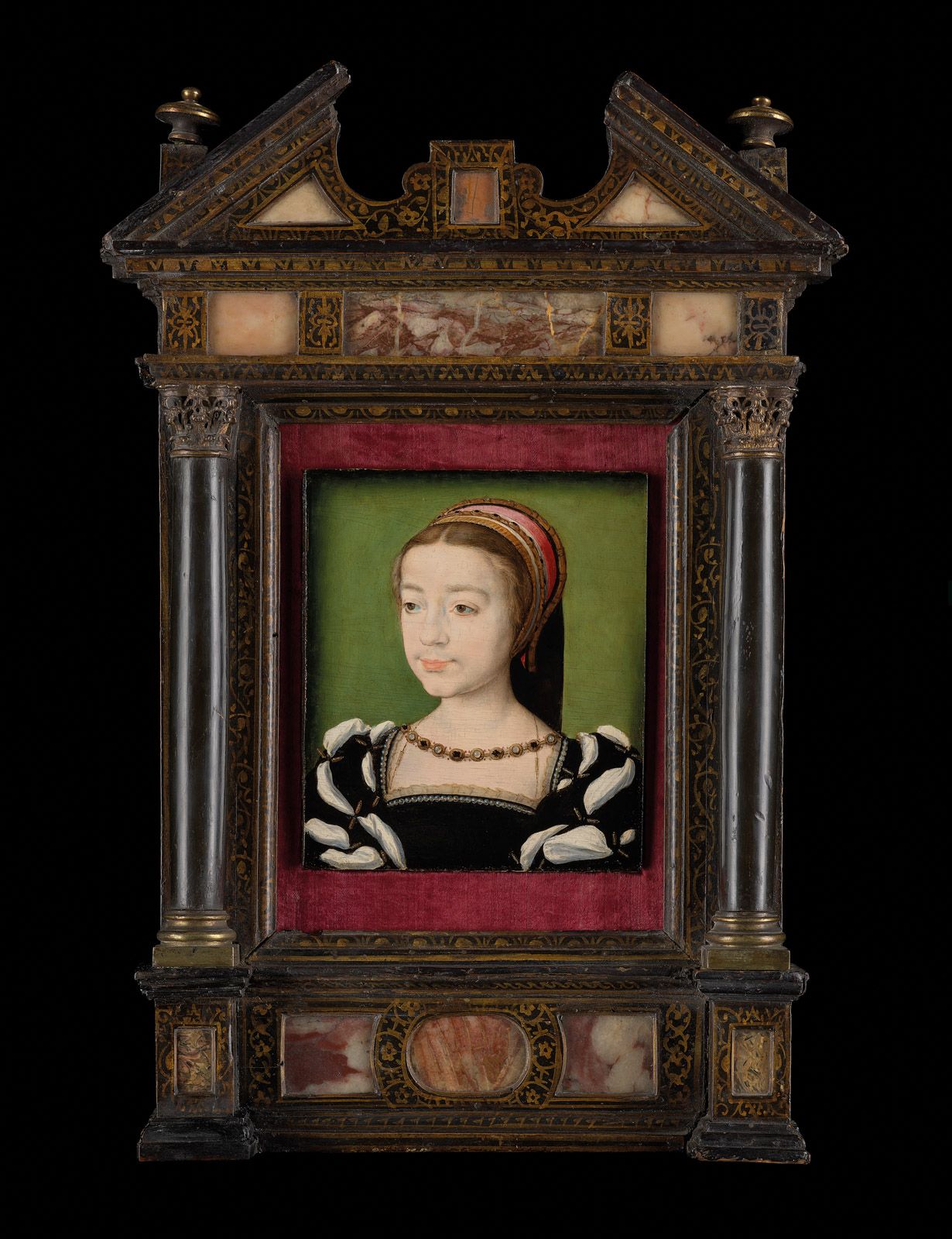 Madeleine of France (1520-37), the daughter of the French king François I, is a rather tragic figure. Known as the “Summer Queen” of King James V, the 16-year-old was married to the king of Scotland for only two months before she died, apparently in his arms at the Palace of Holyroodhouse, shortly after their arrival in Scotland. This portrait, believed to be by the Dutch émigré Valois court artist Corneille de La Haye (known as Corneille de Lyon), has been in a French collection for at least 100 years. “We purchased it together with Agnews, who were offered the painting from an old French private collection, with both galleries working together on the research,” Mark Weiss says. “On this occasion, since it falls very much within our niche market, we are presenting the painting as our highlight for London Art Week.”