Our pick of the highlights from this month's fairs and auctions 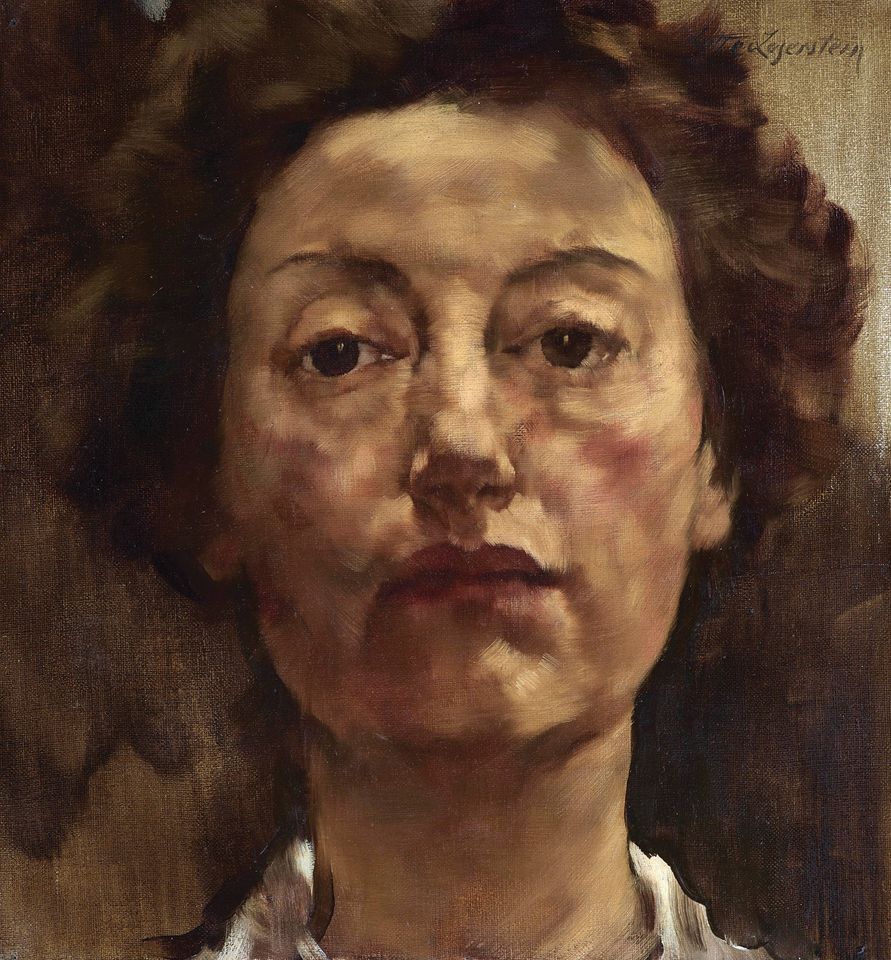 Once considered one of the pre-eminent figurative painters working in Europe during the early 20th century, Lotte Laserstein’s legacy was nearly lost after the Nazi regime took power in 1933. Although she never practiced Judaism, Laserstein was declared a “three-quarter Jew” by the Nazis. After years of escalating anti-Semitism in Germany and a clampdown on her ability to teach, buy materials, or exhibit or sell her work, Laserstein was able to escape to Sweden in 1937 with a cache of her paintings. This powerful, tightly cropped self-portrait, made during her peak creative years in Berlin, reveals the depth with which Laserstein was able to explore the intensity of her emotions. Anna-Carola Krausse, the author of Laserstein’s catalogue raisonné, describes the painting as “exploring her face to mirror her soul… which suggests the conflict Laserstein must have experienced in her new, enforced Jewish identity”, where "humiliation and pride go hand in hand". 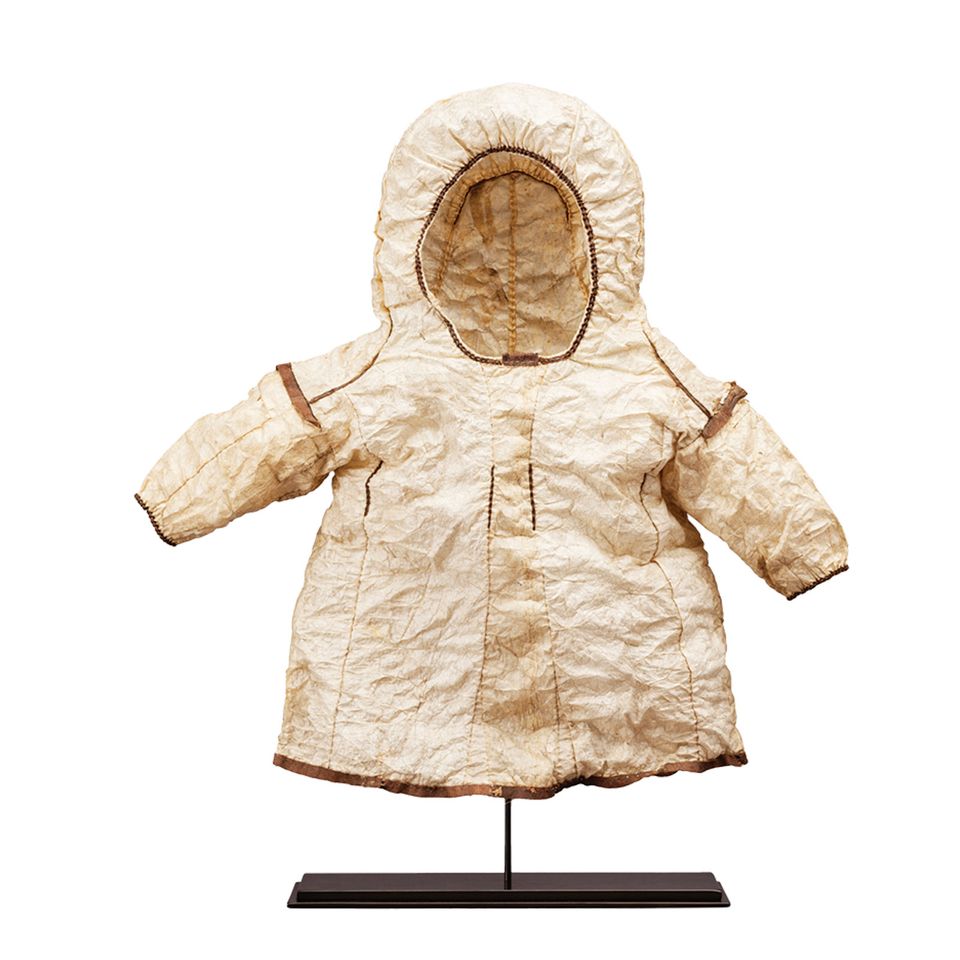 Not one for the squeamish, this 40cm-high waterproof parka was made for an Inuit child from pieces of seal guts finely stitched together with sinew thread. Such coats made from this lightweight, durable material were admired by Admiral Lord Nelson and Captain Cook—the latter even purchased them in large numbers for his crew. But they were also believed to have symbolic and protective powers—safeguarding the wearer against evil and bringing good luck—and were worn by shamans during rituals. Seals are a central part of Inuit culture, the hunting of them crucial to keeping its people alive and warm in harsh conditions. These parkas would have been worn during the mid-winter celebration of the soul of the seals and at the start of the spring seal season. Similar, adult-sized examples are held in the collection of the British Museum.

Shawl made from the silk of golden orb-weaver spiders

Shawl made from the silk of golden orb-weaver spiders; The Natural World, Oliver Hoare, Cromwell Place, London, 22 September-23 October. Around $250,000

This is one of only four known textiles produced from the silk of golden orb-weaver spiders (Nephila Madagascariensis)—and three of them (two shawls and a lambda) are included in this exhibition of natural wonders at Oliver Hoare. The laborious process of making them is mind-boggling—it has taken the textile designer Simon Peers and entrepreneur Nicholas Godley almost 20 years of work, leading a team that harvested the silk of more than two million spiders. They spent 15 years researching 18th- and 19th-century methods, designed equipment to extract the silk, then embarked on eight years of production, employing a team of 80 people to search the Madagascan highlands every morning for spiders (which were returned unharmed), 24 of which were harnessed together for the silking process. The silk was then woven into the textiles on handlooms. The textiles have been shown at the American Museum of Natural History (2009), the Art Institute of Chicago (2011), and the Victoria and Albert Museum, London (2012). 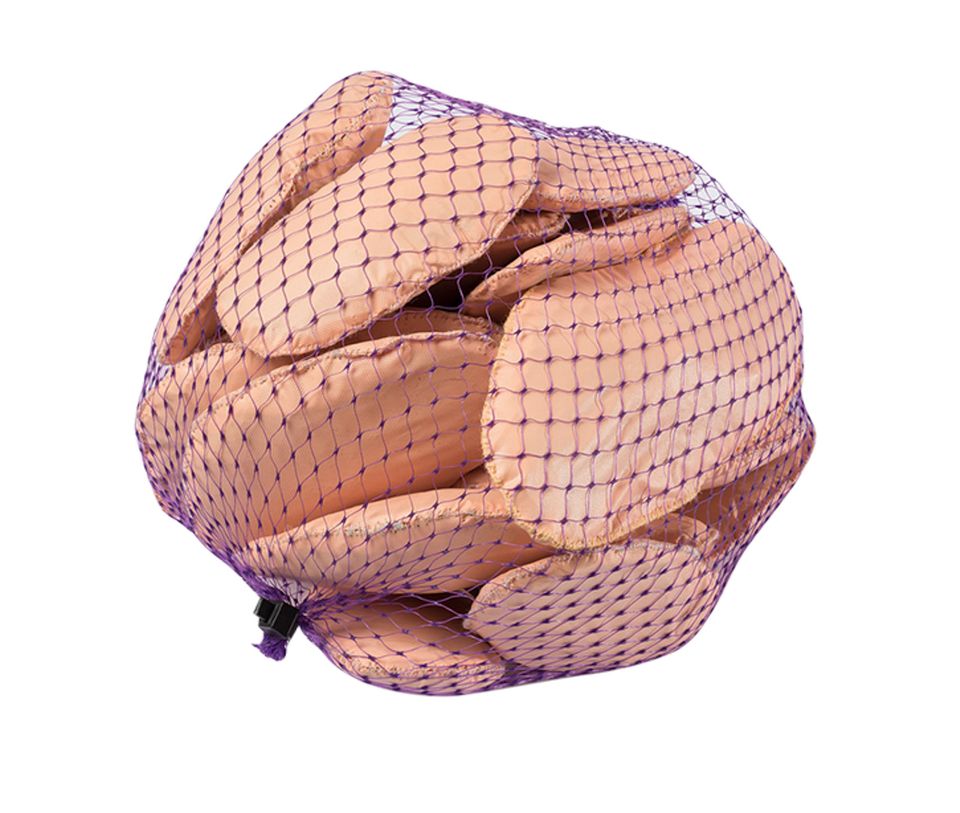 Montserrat-born British sculptor Veronica Ryan is well known for her sculptural works, often known as “containings”, that encase seeds and other plant matter within non-organic materials and reference the history of global trade networks. These plastic-wrapped mango seeds held within a fishing net are similar to a number of works on show in Ryan’s solo exhibition at Spike Island in Bristol (until 5 September). Interest in Ryan’s work has increased recently and in July she signed with Alison Jacques in London (Paula Cooper represents her in the US). Sowing Seeds lies at the lower end of Ryan’s price range, which can reach up to $50,000 for large marble works, says Harry Thorne, a director at Alison Jacques gallery. The work is included in a live auction of donated pieces organised by the cultural education charity Art UK, which aims to democratise access to the UK’s national art collections. Proceeds will be split equally between the charity and the artists involved.