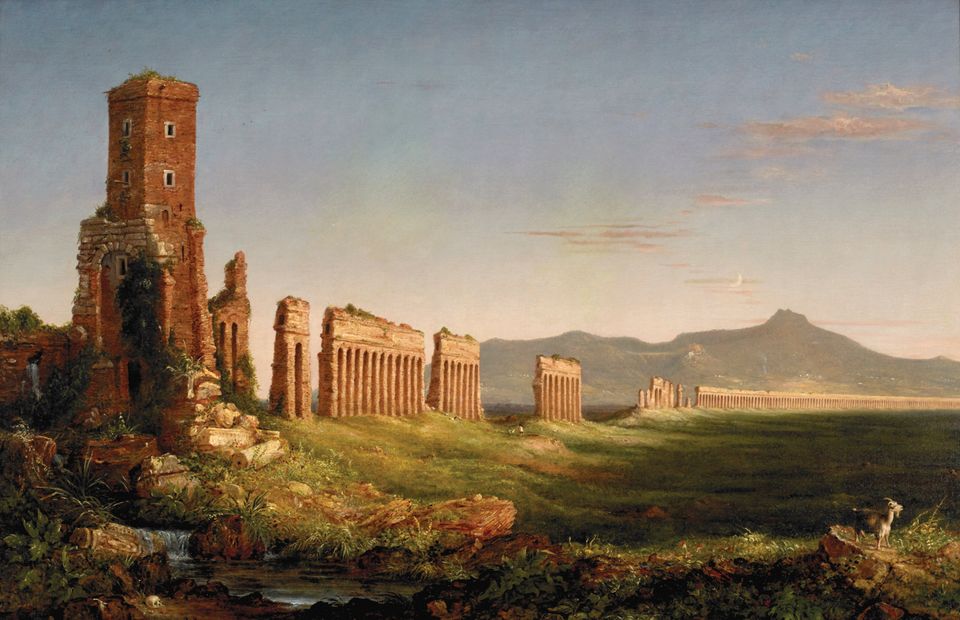 The landscape and history paintings of Thomas Cole (1801-48) are well known to US viewers, but mostly unknown to Europeans. This exhibition—a collaboration between New York’s Metropolitan Museum of Art and London's National Gallery—juxtaposes Cole’s paintings and those of other artists, to draw Americans’ attention to his debt to European art and to acquaint viewers on the eastern side of the pond with this remarkable artist.

Cole made three fruitful transatlantic crossings. Born in Lancashire, he emigrated to the US in 1818. After studies at the Pennsylvania Academy of the Fine Arts, Philadelphia, he moved to New York in 1825. A trip up the Hudson River inspired him to paint an echt-American “wilderness”, a landscape subject never before attempted. These pictures, the subject of the first of the four sections of the show, secured his fame and a succession of wealthy patrons.

In 1829 he returned to England and then travelled to Italy. He met the art-world luminaries of the day: Thomas Lawrence, Constable, Turner and, significantly, John Martin, the inspiration behind Cole’s Cecil B. DeMille-style historical fantasies. The second and third galleries show the ways in which his exposure to Claude Lorrain and Salvator Rosa, as well as the English artists, helped him to reformulate his Picturesque and Sublime landscapes, and how his time in Rome and the Campagna supplied him with images of antiquity and ruins. He returned to continued success in New York, and after his third and final European tour (1841-42), his work took a religious turn, incorporating domestic scenes. He died suddenly in 1848.

The show’s final section reviews Cole's influence on the next generation, assessing his retrospective elevation as the “founder” of the Hudson River School of painters.

The exhibition is sponsored by the Peter Jay Sharp Foundation.