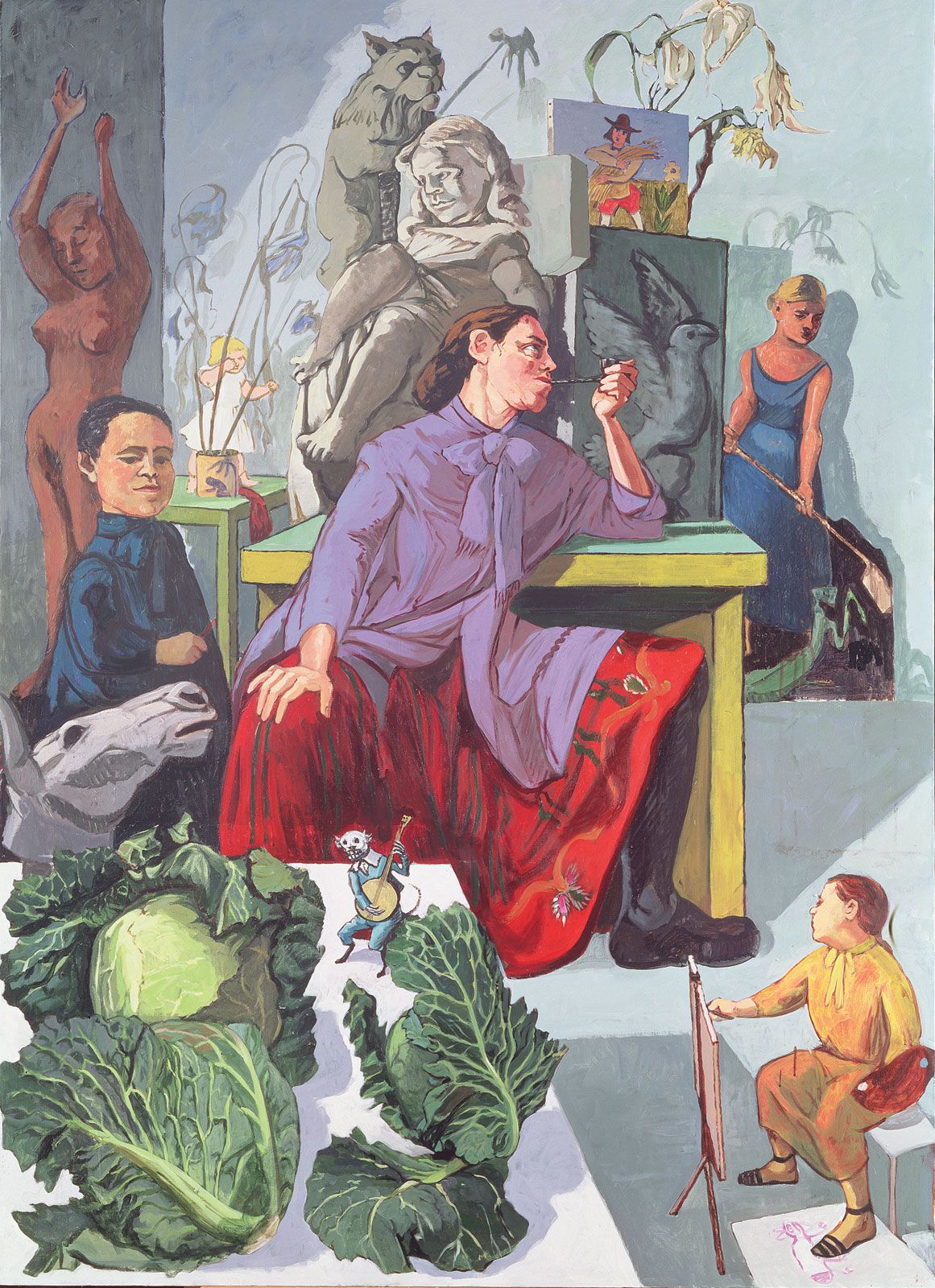 A young woman in a mustard T-shirt and a green skirt sits in a nondescript room. She folds forward over her twisted legs and grips her head in her hand, fingers splayed. She is flanked by two men visible only from the chest down, wearing white overalls and chunky black boots. Their sleeves are rolled up and they brandish instruments of torture: a screwdriver and a drill.

Paula Rego was just 15 years old when she painted Interrogation (1950), the powerful image with which a new retrospective—her largest-ever in the UK—will open at Tate Britain in London. “It’s incredible that at such a young age she was making visible the history of abuse and torture that took place during the Portuguese military dictatorship and that she was doing it in such a sophisticated way,” says Elena Crippa, who has organised the show with Zuzana Flašková. “For me, this picture is the beginning of a quest that she carries throughout her career.” 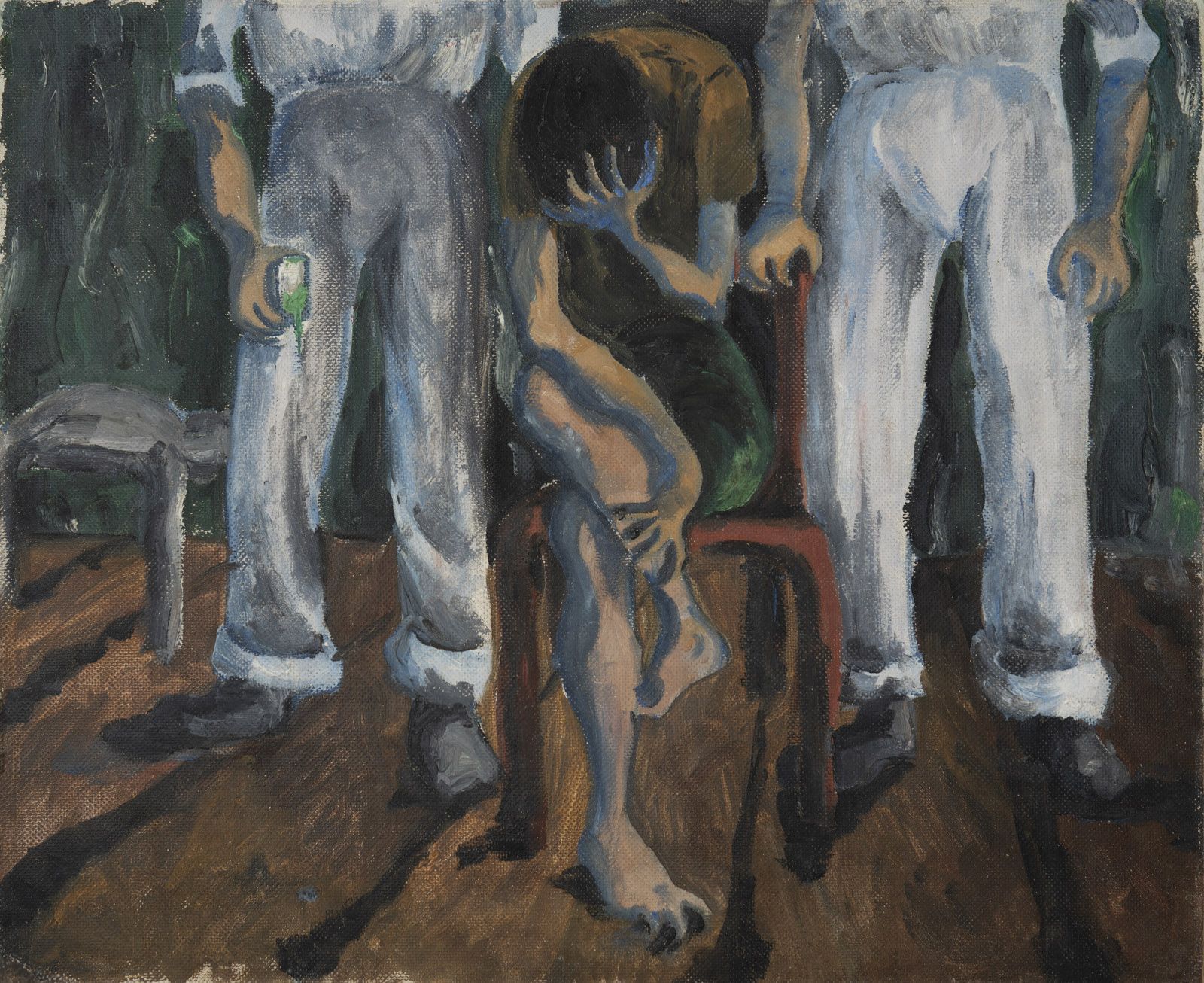 Interrogation (1950) is one of Paula Rego’s earliest works, painted when she was just 15 years old © Paula Rego

Tate first extended the invitation of a solo show to Rego after noting the warm response to the room the artist had to herself in All Too Human, a 2018 group show of figurative works. The retrospective has assumed an extra layer of significance in light of the impact the pandemic has had on women and domestic abuse. “This is exactly what Paula explores,” Crippa says. “She looks at how oppressive dynamics and relationships form within the home and reveals what’s normally hidden behind closed doors.”

The exhibition, developed together with Rego and her son Nick Willing, shines a light on both the social and political context in which the artist’s work is rooted and the wide-ranging sources, materials and subjects she has engaged with over the past 60 years. Following on from her show at the Milton Keynes Gallery in 2019, which focused primarily on her political pictures, Tate Britain has—with extra space and lenders’ generosity—been able to weave a rich and textured narrative that brings together rarely seen works and pays attention to each and every chapter of her career. The show will unpick the effect on her work of Jungian psychoanalysis, which Rego began in 1966, and her lifelong engagement with the imagination, literature and folk stories. It will chart the public recognition she gained with her revelatory show at the Serpentine Gallery in 1988, and her residency at the National Gallery in 1990, which prompted her to address the absence of women in history paintings. 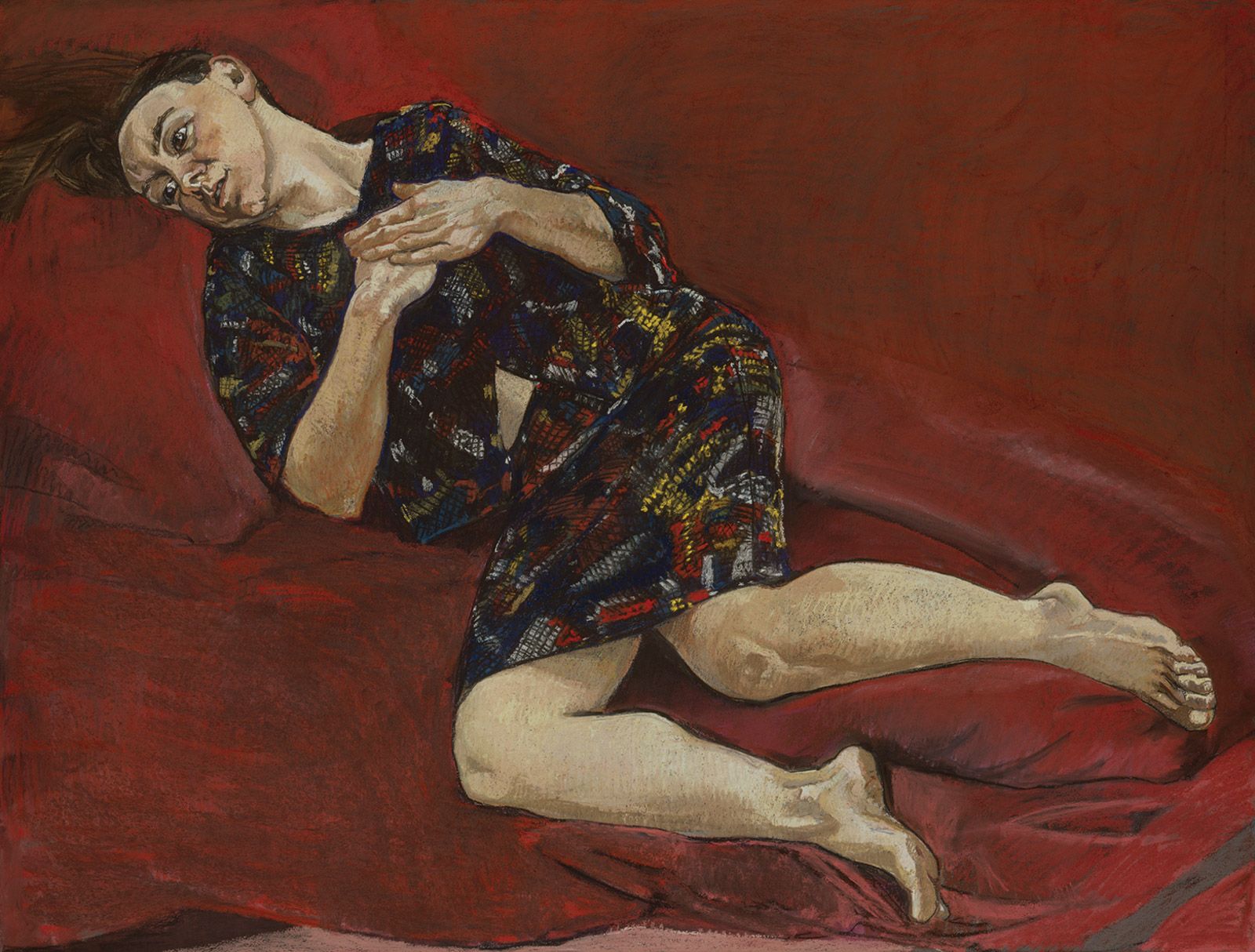 Rego’s Love (1995) is a pastel portrait of her daughter, Victoria Willing © Paula Rego

She may have been born in Portugal, but Rego is inextricably linked with the UK. Her anti-fascist father trained and worked for a period as an engineer in the UK, and back home in Estoril the bilingual family tuned into the BBC. Rego attended an English school in nearby Carcavelos before being sent to finishing school in Kent at 16 and enrolling at the Slade School of Fine Art the following year. After graduating in 1956 and returning periodically to Portugal, she and her own family settled permanently in London in 1972. “She was trained here, she has connections here,” says Crippa. “Her mind and work operate across these different languages and cultures.”