The masterpieces produced for Philip II will go on show at London's National Gallery before touring to Edinburgh, Madrid and Boston 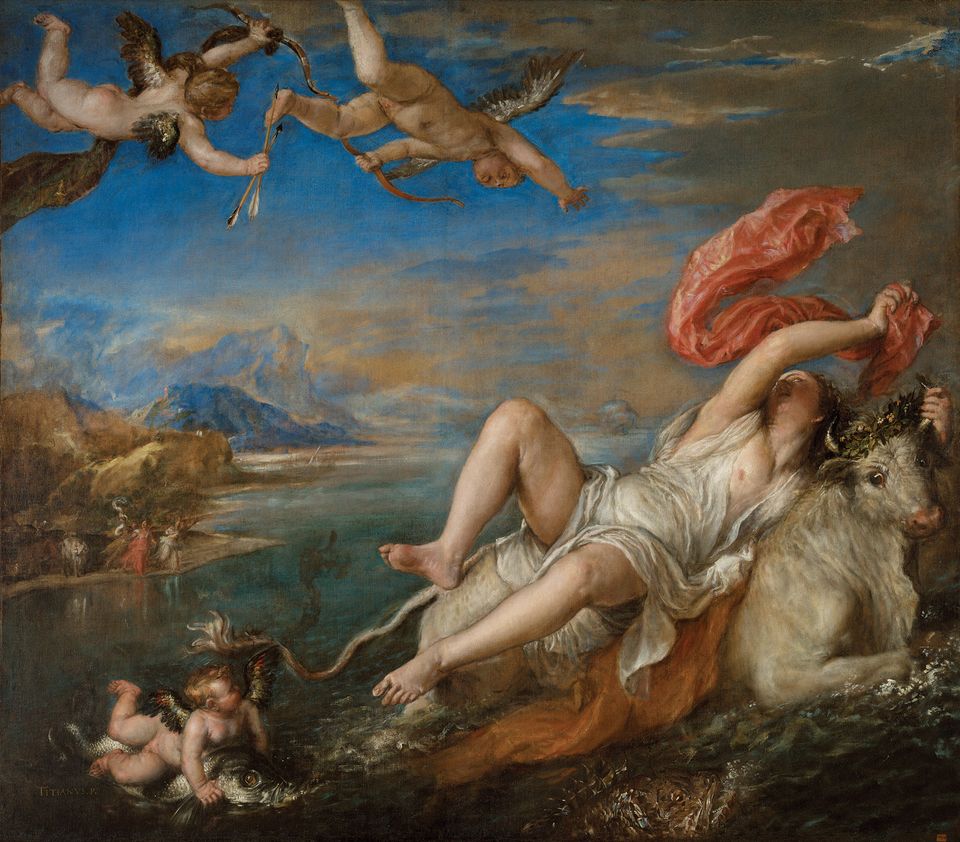 In terms of the number of works, the National Gallery’s exhibition Titian: Love, Desire, Death will be small, with just seven paintings by the Venetian Renaissance master Titian (1488/90-1576). But the stature of those pictures makes it an epic event. It sets out to reunite for the first time since the 16th century the six great poesie, Titian’s mythological paintings made in the 1550s and 1560s for Philip II of Spain: Danaë from the Wellington Collection in London; Venus and Adonis from the Museo Nacional del Prado in Madrid; Perseus and Andromeda from London’s Wallace Collection; Diana and Callisto and Diana and Actaeon, jointly owned by the National Gallery and the National Galleries of Scotland in Edinburgh; and The Rape of Europa from the Isabella Stewart Gardner Museum in Boston. The seventh is the National Gallery’s Death of Actaeon (around 1559-75), a work meant for Philip but never delivered. “The impact that they will have is hard to overestimate,” says Matthias Wivel, the curator of the exhibition at the National Gallery. 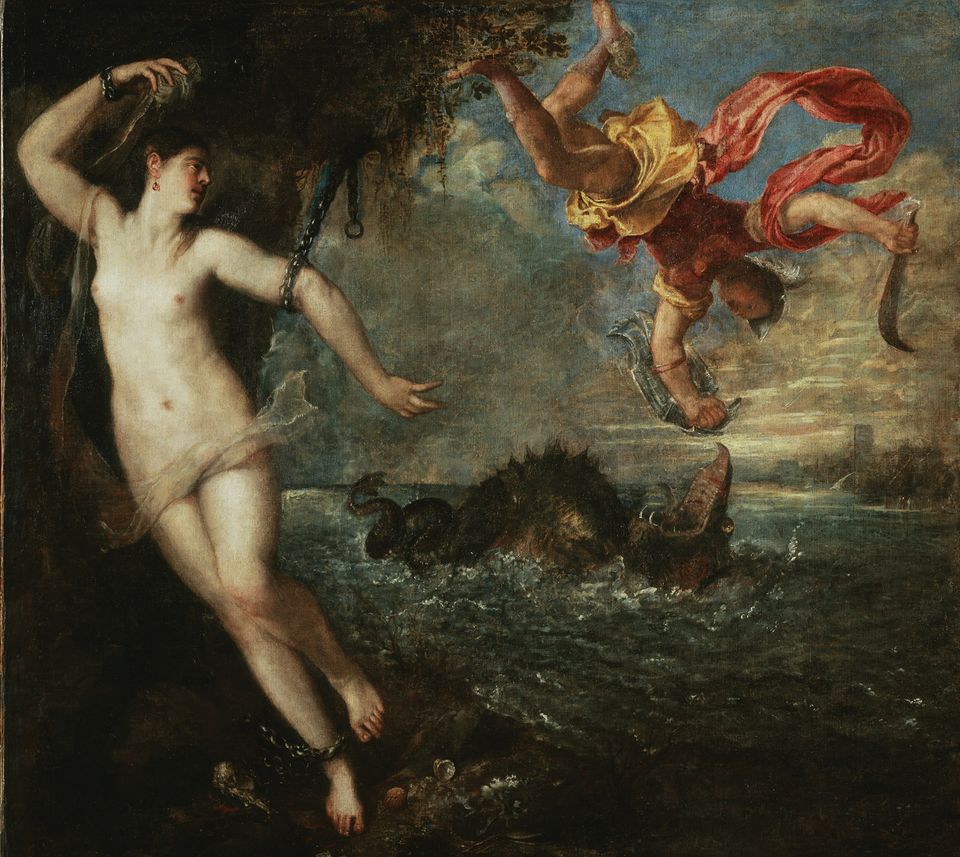 It is a gathering that was until recently thought impossible: the Rape of Europa had not left Boston since being acquired by Isabella Stewart Gardner in 1896, and Perseus and Andromeda could not be lent under the terms of Lady Wallace’s will. But the Wallace Collection lifted loan restrictions last year, and the Europa has been lent exceptionally—the show will travel to the Gardner museum in 2021, following its stints in London, Edinburgh and Madrid this year.

The group is the product of one of the great artist-patron collaborations in history. Titian, by then the most famous artist in the world, first met Philip in 1548, when he was a prince being readied to take over from his father, Charles I of Spain, who abdicated in 1556. Philip and Titian began planning the poesie among many other commissions in 1550. They were distinctive in the independence Philip allowed Titian, Wivel says. “I think he gets the sense that to get Titian to deliver his best, you need to give him some freedom.” 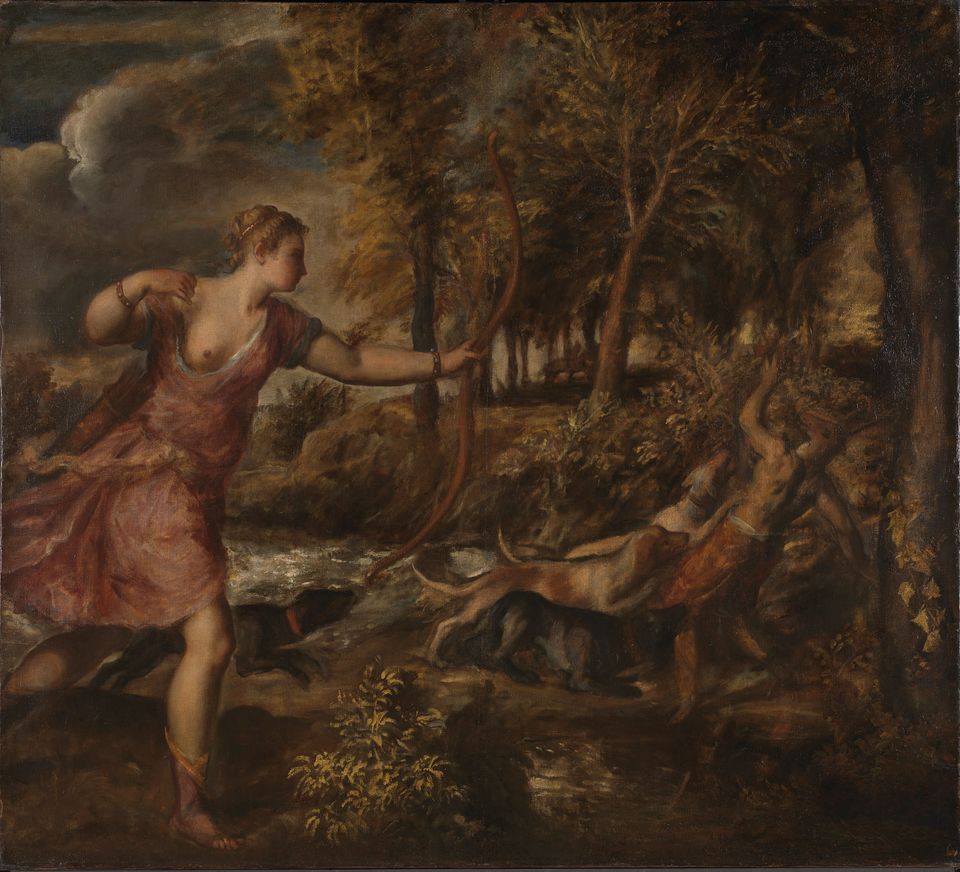 Titian's The Death of Actaeon (around 1559-75) © The National Gallery, London

And the best is what Philip got. Titian drew, as he had in the past, from the Roman poet Ovid. He was “reaching for poetic qualities in painting”—hence poesie—and was at the height of his powers. “What’s fascinating—and I think it will be quite clear when they’re on the wall—is how much he develops during the course of painting them,” Wivel says. Titian uses an “astonishing variety of techniques”, he adds.

Perhaps the most revelatory work will be Rape of Europa, he suggests. “Even art historians have never seen that picture properly, because it’s up high on the wall in the Gardner museum, it’s been dirty and it’s just been hard to see,” explains Wivel. “It’s been cleaned now and it will be at eye level… I think it’s going to knock everybody’s socks off.” 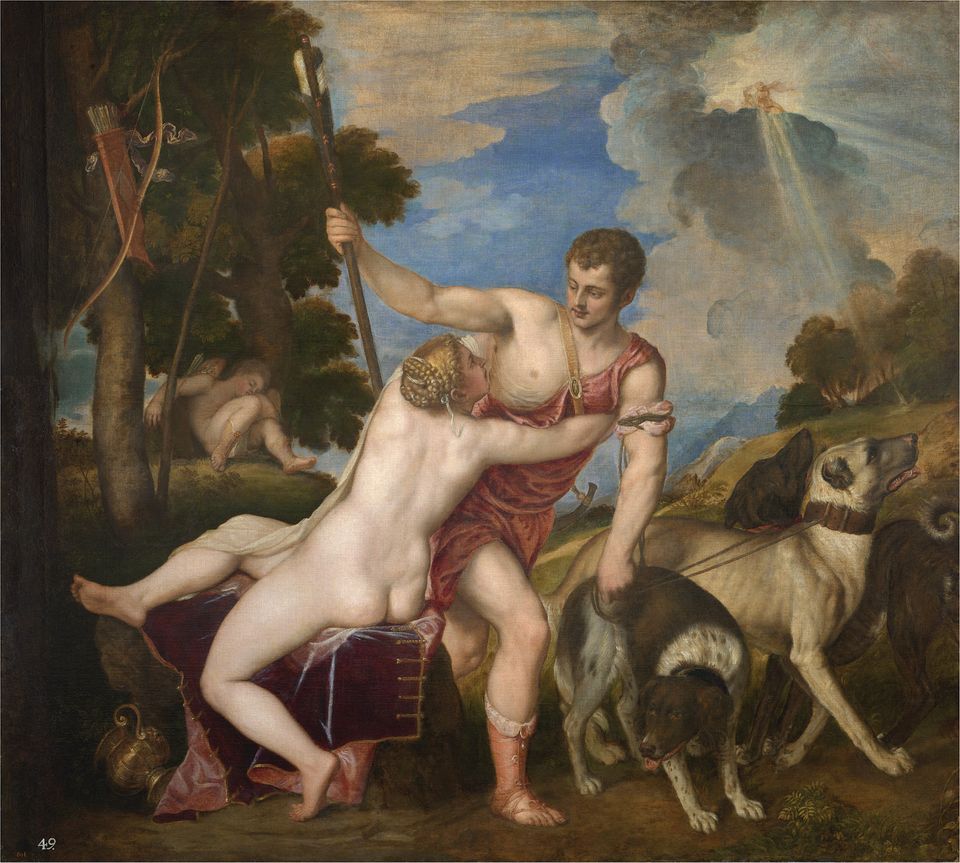 Despite the prestige and importance of the commission, the poesie were probably only together for about 17 years, as Perseus and Andromeda was likely given as a gift to one of Philip’s closest advisers in 1579. As they arrive in London, Wivel will be among the first to see them united for the first time in more than 400 years. “You know how powerful these pictures are when you see one of them?” Wivel asks. “Well, suddenly there’s six, plus one. It’s remarkable.”

• The exhibition is sponsored by Liberty Specialty Markets.