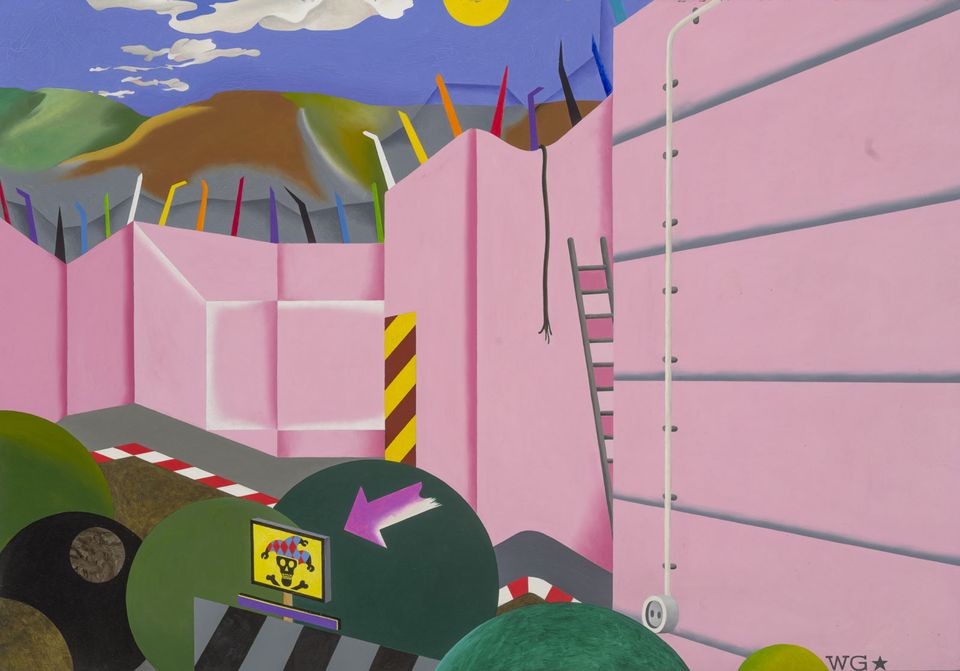 Thirty years ago, Leipzig was the starting-point for the Monday demonstrations against the East German regime that would soon lead to its demise and the fall of the Berlin Wall. It is a fitting place to examine how East German artists anticipated, experienced and assimilated the tumultuous events of 1989.

The Leipzig Museum of Fine Arts will open a show of around 60 artists called Point of No Return. It spans the range from dissident outcasts such as Rainer Bonar, once arrested for a work that referred to the guards’ orders to shoot people trying to flee across the border, to professors of art at East German universities such as Willi Sitte, a member of the ruling Socialist Unity Party and the long-serving president of the Association of East German artists. Others, such as the Dresden painter Peter Graf, worked under the radar of the regime: he held a day-job driving lorries and forklift trucks and painted in his free time.

“Whereas dissident artists saw it as a new beginning, those with professorships may have seen it as a collapse”

Their perspectives on the marches and protests, the disintegration of the ruling party and subsequent steps towards reunification are correspondingly varied, says Alfred Weidinger, the director of the Museum of Fine Arts. “Whereas dissident artists saw it as a new beginning, those with professorships may have seen it as a collapse,” Weidinger says.

Weidinger has made East German art a focus of the Leipzig Museum of Fine Arts, and the show includes artists to whom the museum has already devoted solo exhibitions, such as Arno Rink, Bernhard Heisig and Erich-Wolfgang Hartzsch. “The range of the artists is interesting. It is surprising that no one has done this so far,” Weidinger says. “But perhaps 30 years needed to pass before it was possible.”

Contributions in the exhibition from the time of the fall of the Wall include Ellen Fuhr’s 1990 Mauerlandschaft (wall landscape), Hubertus Giebe’s 1989/1990 painting of a rioting anarchist, and a 1990 print by Moritz Götz titled The Revolution, which situates a flag-wielding protestor on a theatre stage. Peter Graf’s 1989 Spaziergang im Regen (walk in the rain) shows a stooped man in a hat against a dark violet sky as he passes a line of police bearing riot shields, their faces reflecting like skulls in the puddles on the street.