Unfinished exhibition space will be used as a set, while the public programme moves online 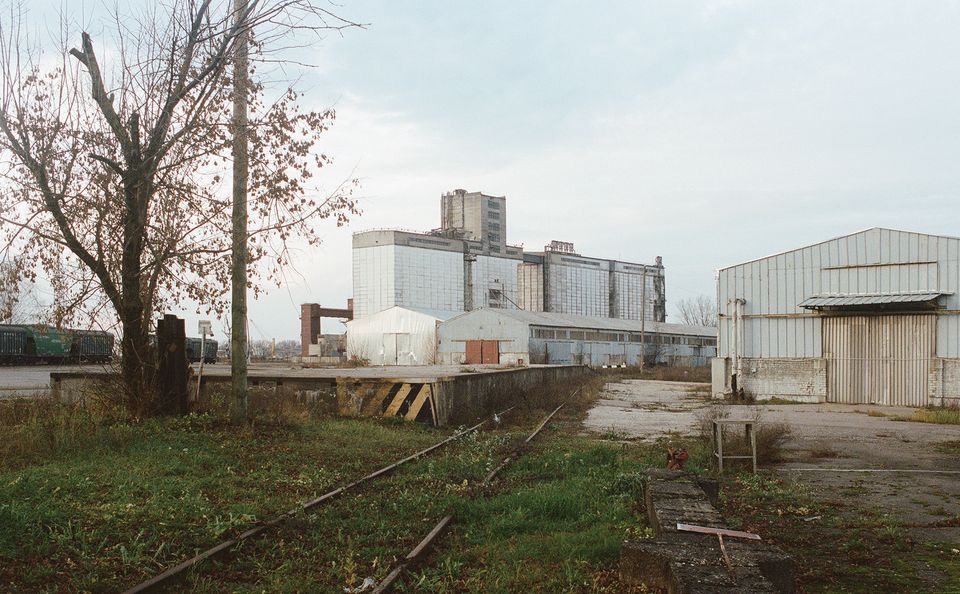 Instead of hosting Riboca, Riga’s partly derelict port of Andrejsala will be transformed into a film set Photo: Elena Kononova

Art biennials across the world have made the decision to postpone or cancel altogether in 2020 due to the Covid-19 pandemic. The 13th edition of the roving Manifesta biennial, which had been due to open last month, has tentatively announced it is to open at the end of August, while the Venice Biennale will now skip a year to 2022. Smaller biennials, like Glasgow International, chose to display work entirely online. But none have attempted to use their commissioned work to create an arthouse feature film.

The second edition of Riga International Biennial of Contemporary Art (Riboca), however, has done just that, deciding to go ahead in the form of an experimental film. The original biennial, called And Suddenly it All Blossoms, had been scheduled to open on 16 May in “the Tarkovskian settings” of Andrejsala, the partly derelict industrialised port of Riga in Latvia, for a five-month duration, says the biennial’s curator Rebecca Lamarche-Vadel. But it had to be reimagined and the decision was taken to transform it into a feature film, with the unfinished exhibition becoming a film set.

“We spent many sleepless nights deciding what to do”

The founder of Riboca, Agniya Mirgorodskaya, tells The Art Newspaper: “Like many, we were caught off-guard by how quickly the situation escalated. We spent many sleepless nights deciding what to do. We brainstormed as a team and quickly realised an opportunity to rethink existing formats of exhibition design presented itself. We finally reached the decision to shoot a film—with its set open to the public in September if conditions allow—and move our public programme online.”

Riboca will continue with its programme of talks in an online setting, beginning at the end of last month. Amid those live events, film-makers will work with the remnants of the original exhibition format, acting as “a dialogue between finished, unfinished and absent works”, Lamarche-Vadel says.

The environs of Andrejsala itself will be a key backdrop, described by Lamarche-Vadel as “somewhere between a ruin and a construction site, surrounded by an ecosystem of granaries, empty lots, wastelands, an abandoned power station, a paintball field, hangars, bird colonies, a railway station and cruise ships”.

Riboca was originally committed to include a minimum of 85% new artistic commissions, with an emphasis on local and neighbouring artist communities. Almost 60% of the art shown was to be from the Baltic region, with other works coming from countries as far afield as Argentina, Mexico and the US. 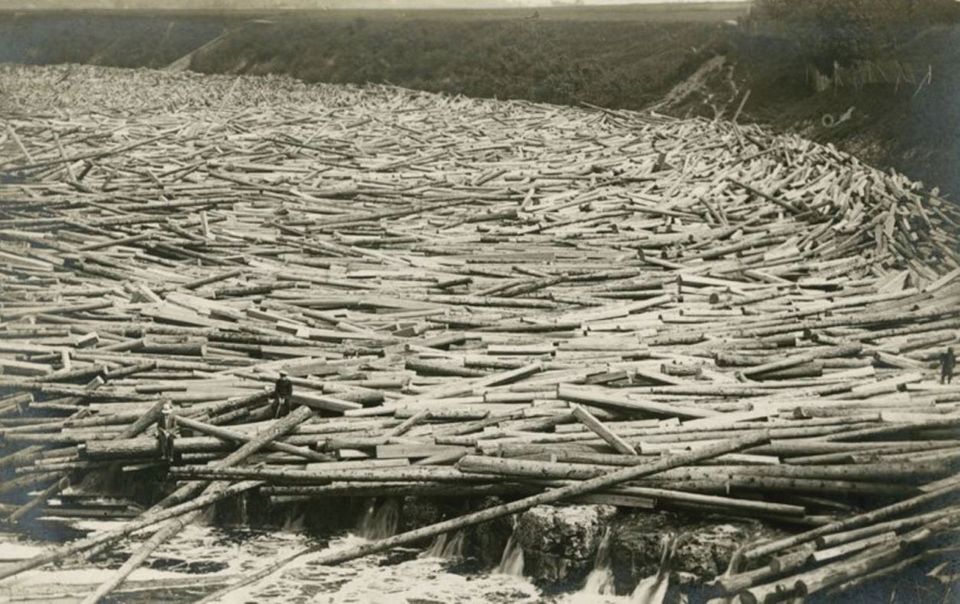 A postcard of the Venta river, probably taken in the early 20th century, which is part of Lina Lapelytė and Mantas Petraitis' research material Postcard collection of National Library of Latvia

Despite the lockdown, Riboca will still be able to present some commissions on site as originally planned. This includes new work by the Lithuanian artist Lina Lapelytė, who has collaborated with the architect Mantas Petraitis to create an artistic tribute to log-driving practices from Riga’s timber trade industry in the Middle Ages—when workers balanced on logs being transported down the Daugava river.

Other projects have evolved as a result of the pandemic. The Latvian artist and professor of mathematics Daina Taimiņa teaches geometry to her students through crochet using materials including plastic bags, sheets and VHS tapes. For the biennial, Taimiņa was going to work in collaboration with volunteers across Latvia, but has instead launched an international open call to create the largest ever collaborative work of art made in Latvia.

As far as possible, given the global lockdown, these works will be present in the film. “The organisation was founded to support artists and artistic production, so to continue to support the production of our planned new commissions, both financially and from a curatorial perspective, offering compassionate and imaginative reconsideration where needed, was important to us,” Mirgorodskaya says.