The Nebra Sky disc, the oldest surviving representation of the cosmos, will be one of the star artefacts in an exhibition exploring Unětice culture and its far reaching links 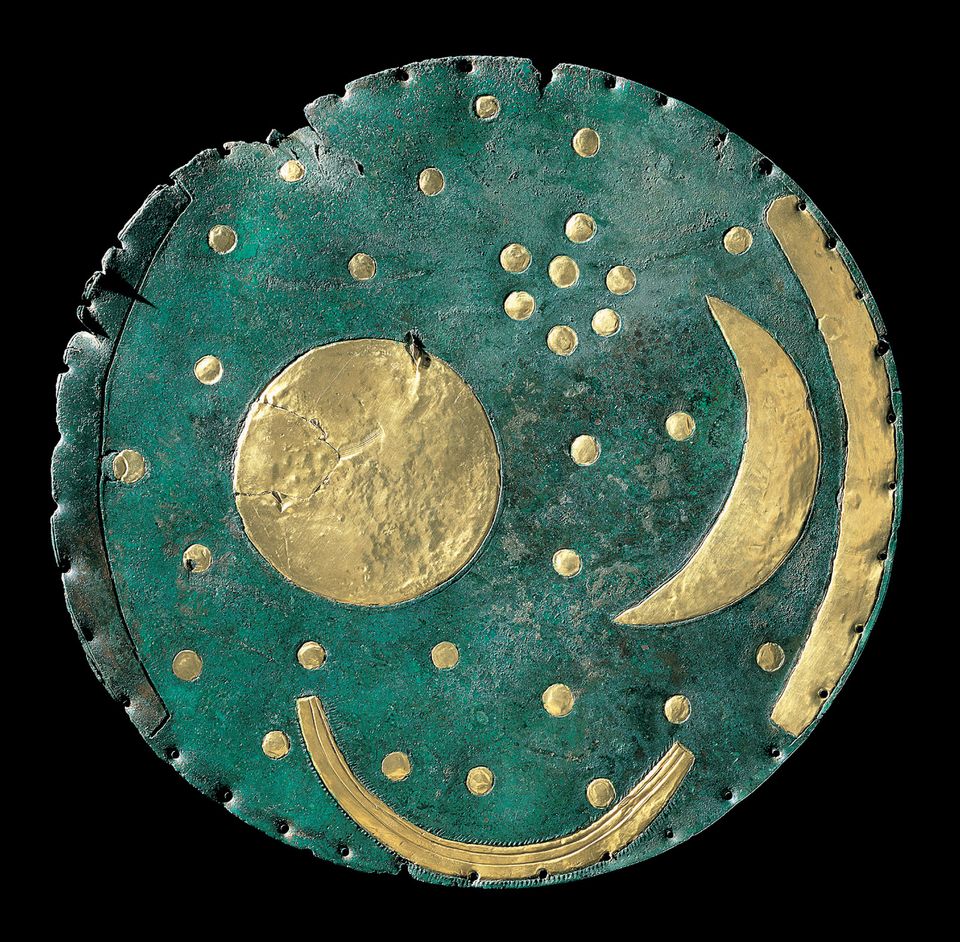 Buried in the heart of Europe 3,600 years ago, the Nebra Sky Disc is an archaeological find unlike any other. It was excavated illegally in 1999 by two metal detectorists who at first thought they had stumbled on a bucket lid. The State Museum of Prehistory in Halle, Germany, acquired the artefact following a Swiss police sting operation in a Basel hotel in 2002.

The Nebra Sky Disc is now indisputably the jewel of the museum’s collection. Crafted in bronze and gold, it is the oldest surviving representation of the cosmos, and its discovery has unlocked the doors for archaeological research into a prehistoric realm that can be described as the first European state. That Bronze Age civilisation, known as the Únětice culture, survived for centuries before vanishing around 1600BC and slipping away from human memory. 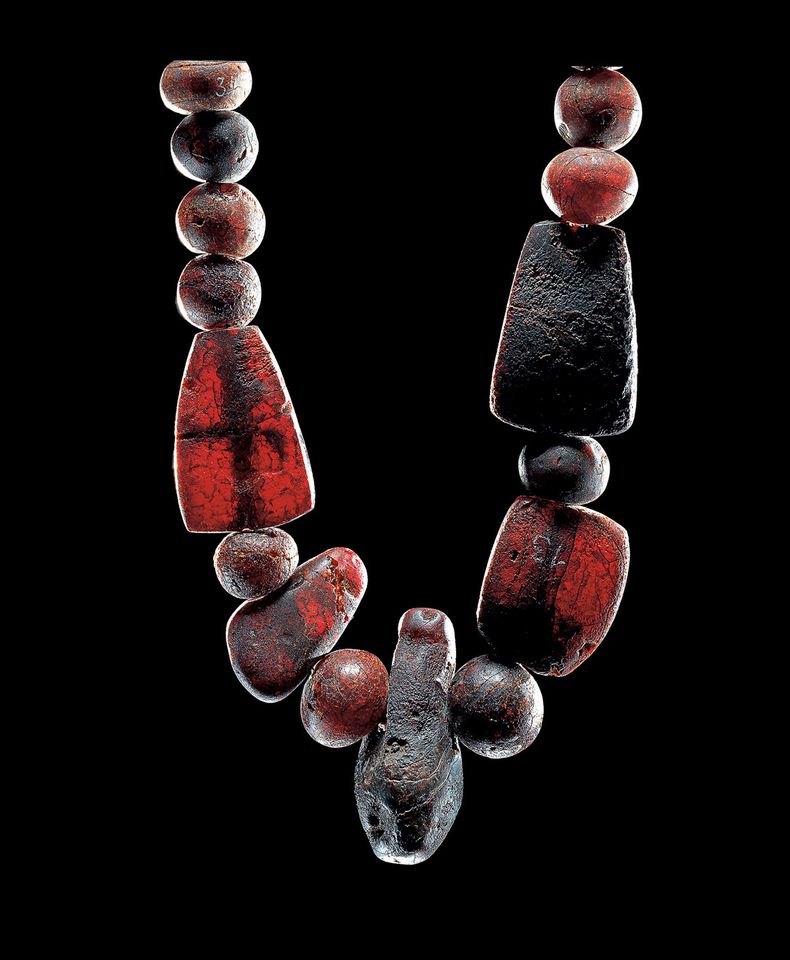 A new exhibition opening this week at the State Museum of Prehistory will aim to shed light on the Unětice culture, which had a rigid hierarchy, maintained extensive trade links, and showed a sophisticated understanding of the connections between the night sky and the seasons.

The show is a collaboration with the British Museum, which is to include the Nebra Sky Disc in an exhibition focusing on Stonehenge next year. In his introduction to the catalogue for the Halle show, the British Museum’s director Hartwig Fischer writes that central exhibits will build a portrait of “stable, well-connected societies that shared trade links and, like their better-known contemporaries in Egypt and Mesopotamia, undertook major projects together”.

Researchers have discovered that the gold and bronze of the Sky Disc originated in Cornwall, southwest England, while scientific studies have shown that Britain’s best-known early Bronze Age man—the Amesbury Archer—buried 4,300 years ago near Stonehenge, may have originally come from Germany. “This shows how far ­connections extended, and that not only did objects travel but people too,” says a spokesperson for the State Museum for Prehistory. 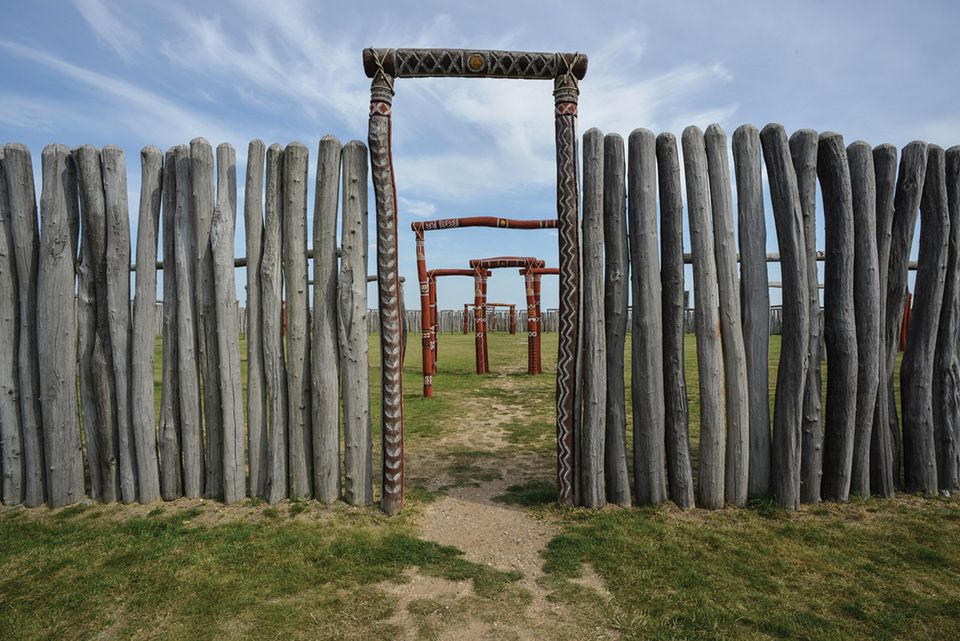 Among the most important loans from the British Museum will be the Mold Gold Cape (around 1600BC-1900BC), which was excavated in Wales in 1833 from the grave of a high-ranking woman. Other exhibits in the Halle show will include blue Bronze Age glass beads from Mesopotamia that were uncovered in a woman’s grave west of Halle in 2004. “Europeans didn’t know how to make blue pigments at that time, so these beads were presumably very desirable,” says the spokesperson. Bronze Age amber from the Baltic region has been found as far afield as Iraq, but also in the area of Germany that was once part of the Unětice culture, and in England—further evidence of a variant of globalisation in existence more than 3,000 years ago.

The trading of goods was accompanied by an exchange of ideas, as archaeologists from Halle’s Martin Luther Universität and Southampton University have recently discovered at the sanctuary of ­Pömmelte, a sacred site near Halle where they unearthed remnants of Neolithic and Bronze Age long houses. While the houses are unique to Pömmelte, the similarities between the circular site and Stonehenge bear testament to a shared culture of symbols and mutual influence that went beyond purely commercial links, researchers have concluded.