Spark your wanderlust with a wander through Berlin’s Alte Nationalgalerie 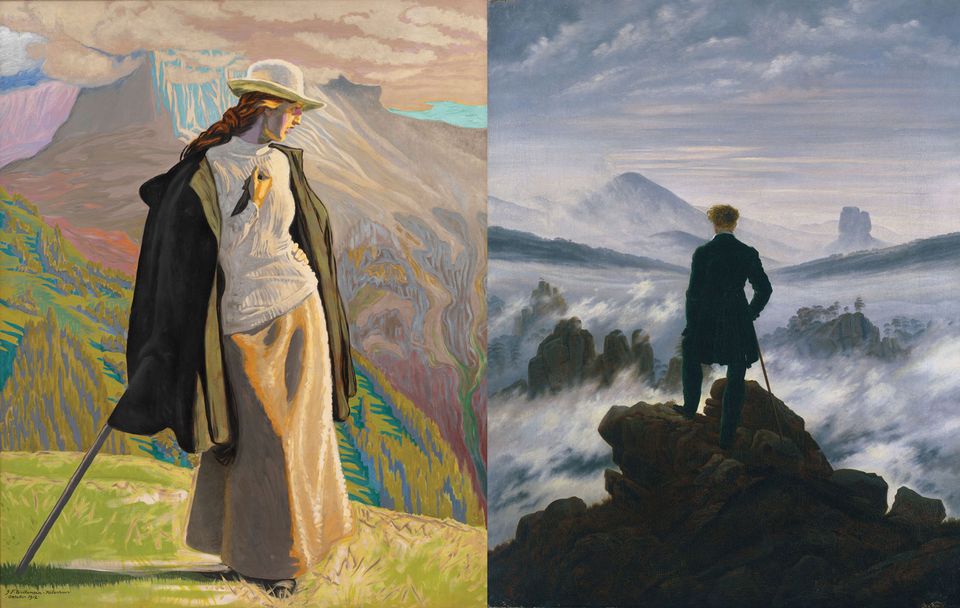 Like schadenfreude and zeitgeist, wanderlust is one of those German compound nouns that is so handy it has been adopted by the English language. And while the urge to wander or travel is hardly unique to the Germans, it was a prominent feature of 19th-century German Romanticism—an era when poets like Heinrich Heine roamed remote corners of the country and Franz Schubert composed his Winterreise based on nature poems by Wilhelm Müller.

Artists, too, took up the theme. The exhibition Wanderlust: from Caspar David Friedrich to August Renoir at Berlin’s Alte Nationalgalerie, includes 120 paintings, drawings and sculptures from across Europe that show walkers and landscapes. While the focus of the show is on Romanticism, it also includes a handful of 20th-century works by artists including Otto Dix and Emil Nolde.

The centrepiece of the exhibition is Caspar David Friedrich’s dramatic painting, Wanderer above the Sea of Fog (around 1817), of a hiker atop a peak surveying a cloud-filled valley. Another signature work, on loan from the National Gallery of Denmark, is Jens Ferdinand Willumsen’s painting, A Mountain Climber (1912), of his wife hiking in a long skirt with a thick stick against a backdrop of panoramic peaks. Gustave Courbet’s masterpiece Bonjour Monsieur Courbet (1854) hangs alongside Paul Gauguin’s tribute to it, Bonjour Monsieur Gauguin (1889, which will only be on view until 1 June).

The curator of the exhibition Birgit Verwiebe says Jean-Jacques Rousseau’s summons to “return to nature” is as relevant today as ever. Studies show that around 40 million Germans cite walking as a hobby, and ever-rising sales of walking shoes and sticks suggest a global enthusiasm. “The fast pace of modern life means that phases where we slow down are increasingly important,” Verwiebe says. “Walking is a way of switching off.”

The exhibition is sponsored by the Friends of the Nationalgalerie and Volkswagen.

Appeared in The Art Newspaper, 301 May 2018
More PreviewTopicsBerlinGermanyEuropeRomanticismCaspar David Friedrich