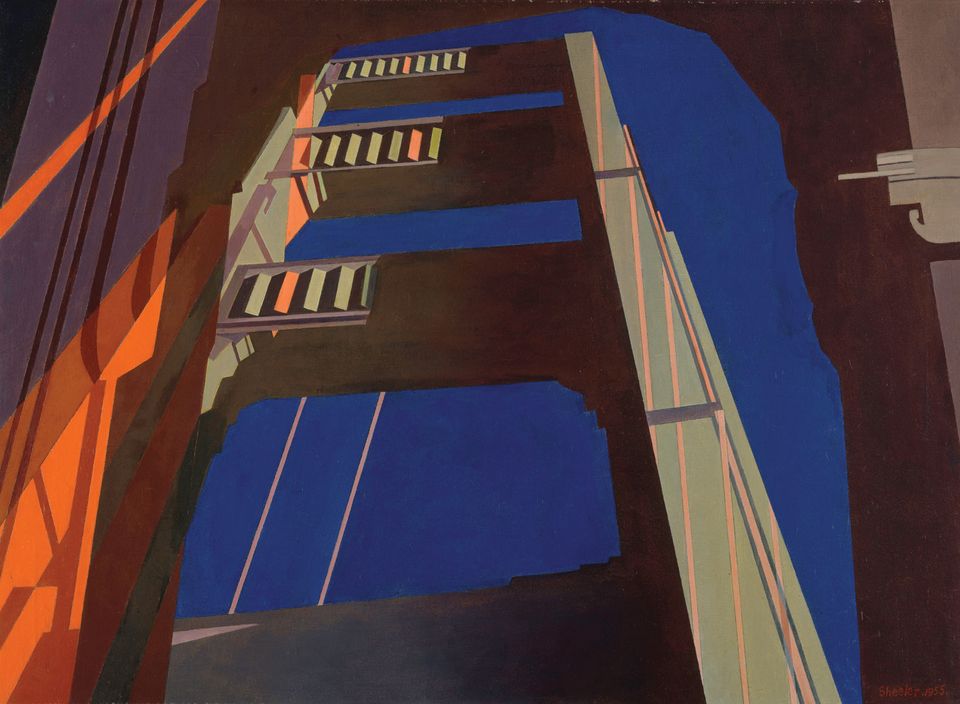 Three exhibitions that have opened across the US this month—all of which look at the art of the 1930s—stress that if history moves in cycles, art does too.

At the Whitney Museum of American Art in New York, a career survey of the US painter Grant Wood, organised by Barbara Haskell, reframes the old picture of Wood as an American Regionalist stuck in the bygone 1930s. Instead, Grant Wood: American Gothic and Other Fables emphasises the tension, ambiguity and resonance of his mature style from 1930-42. The show presents around 120 works, including his most famous painting, American Gothic (1930), which depicts an Iowa farmer and his daughter, and seldom travels from the Art Institute of Chicago.

“Wood did not set out to create a vision of America,” says Haskell, who co-organised the Whitney’s Stuart Davis survey in 2016. “He set out to make images of Iowa. Over time, that came to be seen as American identity.” At the time he was working, Haskell says, Wood’s paintings provoked debates about the rural-urban divide, the problem of populism and what defines American culture­—questions that are not unfamiliar today.

Wood's paintings provoked debates about the rural-urban divide and populism

Highlights of the exhibition include his early Arts and Crafts work and a scaled reproduction of his 1928 stained glass window in Cedar Rapids, Iowa. The show is the most inclusive assessment of his career to date and is only the third outside the Midwest since 1935. The most recent survey, which highlighted Wood’s Regionalism, was at the Whitney in 1983.

Meanwhile, at the de Young Museum in San Francisco, an exhibition of more than 100 works from more than 50 collections stresses the lasting relevance of Precisionism, the distinctly American variation of Cubism that emphasised clean lines and shining, graphic naturalism. 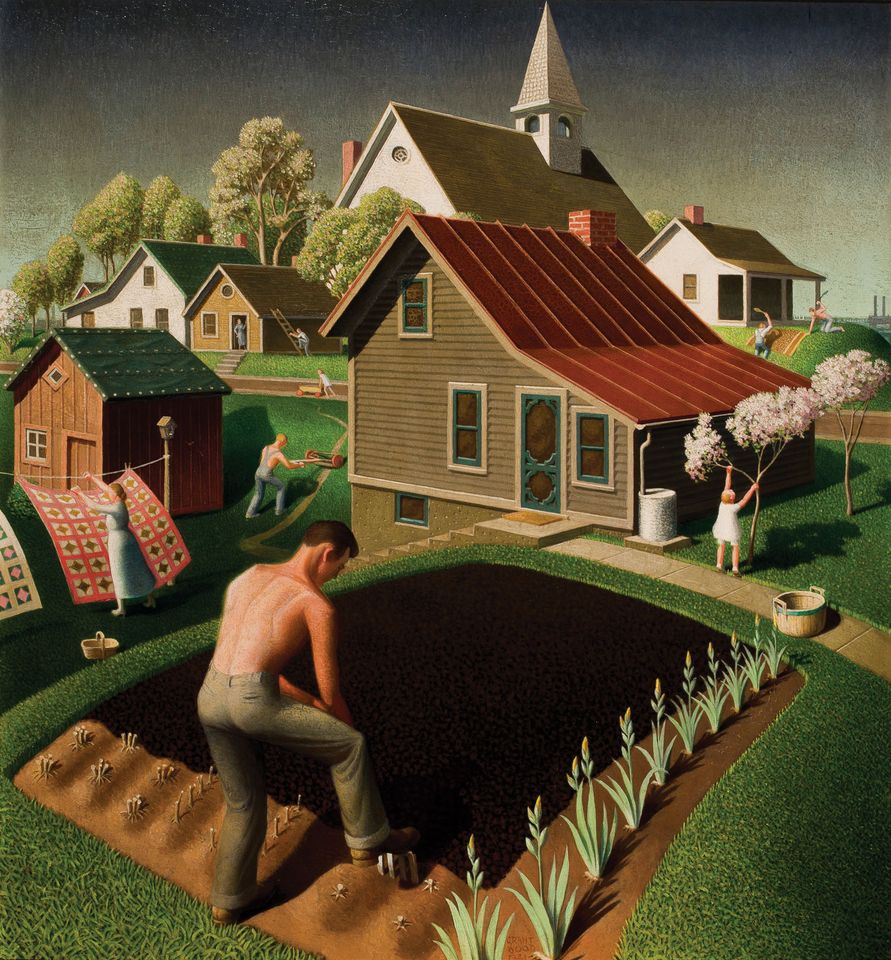 Cult of the Machine: Precisionism and American Art, organised by Emma Acker and Max Hollein, the director of the Fine Arts Museums of San Francisco, encourages visitors to draw comparisons between the industrial revolution of the 1920s and 1930s—which Precisionists cautiously celebrated—and the tech boom that currently resonates from nearby Silicon Valley. “You basically see that history repeats itself,” Hollein says. “It’s 100 years later and we have a similarly changing environment, which is based on an industrial and economic revolution.”

Alongside works by Georgia O’Keeffe, Charles Demuth and Gerald Murphy, the museum presents a Ford Phaeton car from 1937 and clips from the Charlie Chaplin film Modern Times (1936). It also includes four Charles Sheeler’s six Power Series (1939) paintings that depict machines such as aeroplanes in full-strength glory. 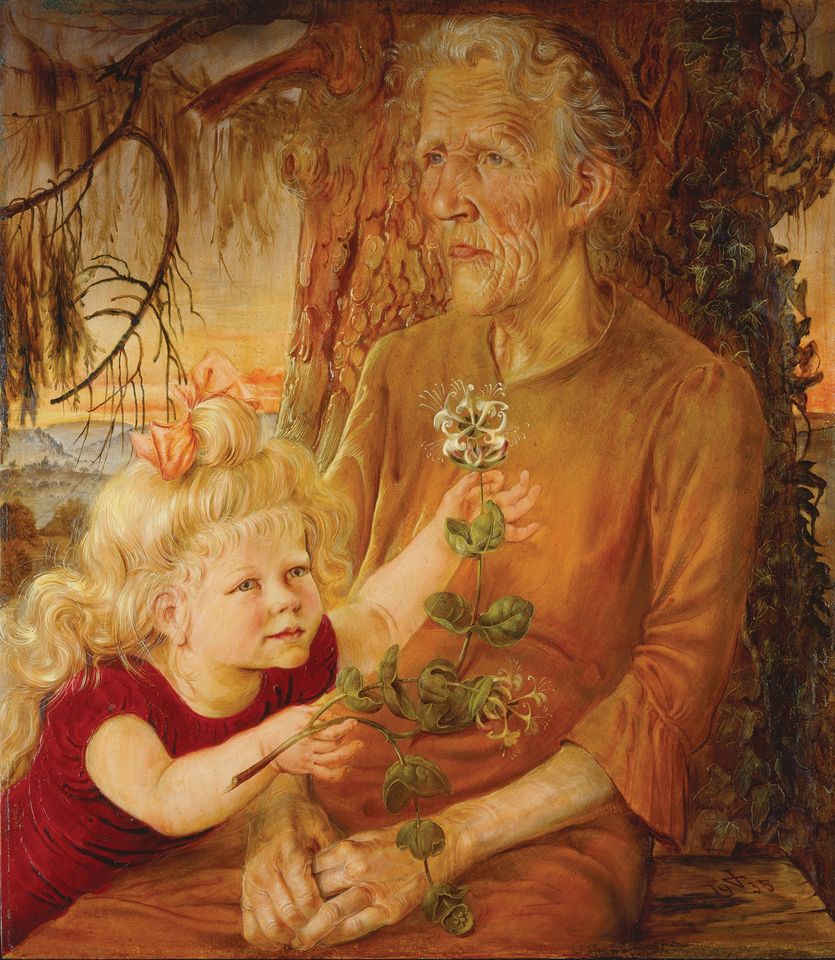 Acker points out that the debates of the era were not local. “Precisionism emerges in the 1910s as part of a larger ‘call to order,’” she says. “It was a way of emphasising clarity as a response to the chaos and devastation of the [early] 20th century.” The greater chaos that came after the Precisionist movement faded is the shadow that looms over Before the Fall: German and Austrian Art of the 1930s at the Neue Galerie in New York. The exhibition traces the years leading to the rise of Fascism and the Second World War and includes work by Max Beckmann, Otto Dix and Oskar Kokoschka.

Like the Wood and Precisionism shows, this exhibition will be read against our time. As dark discussions of hatred, fear and war continue to draw us in, a note in the exhibition catalogue by the Neue Galerie’s founder, Ronald S. Lauder, rings out loud: “These works, all realised before the central events of the Holocaust took place, show us a world being dismantled and destroyed.”

The Grant Wood exhibition is sponsored in part by the Henry Luce Foundation, while Cult of the Machine’s main supporter is the National Endowment for the Arts.