The art of cross-dressing: under-the-radar artists surface in Venice exhibition 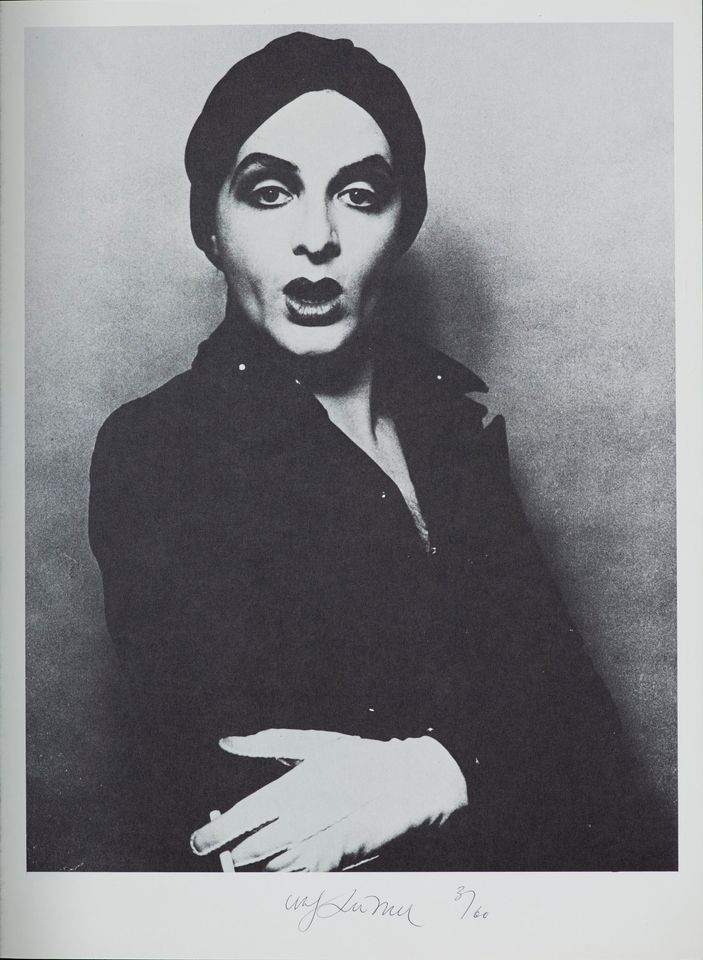 Urs Lüthi's Tell me who stole your smile (1974) Folkwang Museum

An exhibition at Punta della Dogana in Venice organised by the Pinault Collection throws new light on marginal artists whose radical practices are only now receiving critical attention. Dancing With Myself (until 16 December), which includes works drawn from the collection of the French billionaire François Pinault, displays photographs of the late French Outsider artist Marcel Bascoulard along with 1970s images of Swiss artist Urs Lüthi who both explore the idea of the self through cross-dressing.

Dancing With Myself was launched in 2016 at the Museum Folkwang in Essen; the 140-strong Venice version featuring 32 artists includes around 56 works not seen in Germany. These include 12 photographs of Bascoulard dating from the 1940s to the 1970s, which show the artist dressed as a woman walking the streets of Bourges (he moved to the central French town at the age of 19, following his mother who was imprisoned there for murdering his father).

“For more than half a century, the eccentric figure of Bascoulard haunted the cobbled streets,” writes the French journalist Patrick Martinat in the exhibition catalogue. “His memory is fossilised into the walls of the town but the traces that remain do not do justice to this complex and enigmatic character.” The artist was murdered in Bourges in 1978 by a homeless person. Bascoulard donned tramp’s clothing but also dressed up in women’s clothes. “I get acquaintances of mine to photograph me,” said Bascoulard in the 1960s. The 12 images on display show the artist in dresses designed by himself, always carrying a broken mirror. He also meticulously sketched the monuments of Bourges; his drawings have been compared to engravings made by 17th-century Dutch artists, Martinat says.

In Urs Lüthi’s bold, comical series of self-portraits, Tell Me Who Stole Your Smile (1974), the artist stares unflinchingly at the camera, his in-your-face alter ego frowning and pouting in a playful, defiant way.

“In the early 1970s, when cross-dressing was a major theme in contemporary art and pop culture, the artist staged various acts of self-dramatisation for the camera”

“Perhaps the most significant and creative aspect of my work is ambivalence as such… the result of my investigation is the portrait. A portrait which has an existence of its own and which lives outside me as soon as the floodlights go off,” Lüthi said, according to the website of the Italian art space Madre Napoli.

In his introductory essay for the catalogue, the co-curator Martin Bethenod says that the show differs from previous exhibitions held in European museums on the question of the self-portrait including Autoportraits; from Rembrandt to the Selfie which was seen at National Galleries of Scotland in Edinburgh.

“Dancing with Myself adopts a different point of view in that is it concerned with self-representation… Self-representation doesn’t obey any kind of genre and can cross through all different types of artistic practice. It is more an approach or method than a theme,” Bethenod adds.