A MoMA expansion, the opening of the Humboldt Forum, the unveiling of the National Museum of Qatar and a new Bauhaus Museum are just some of the highlights of the year ahead 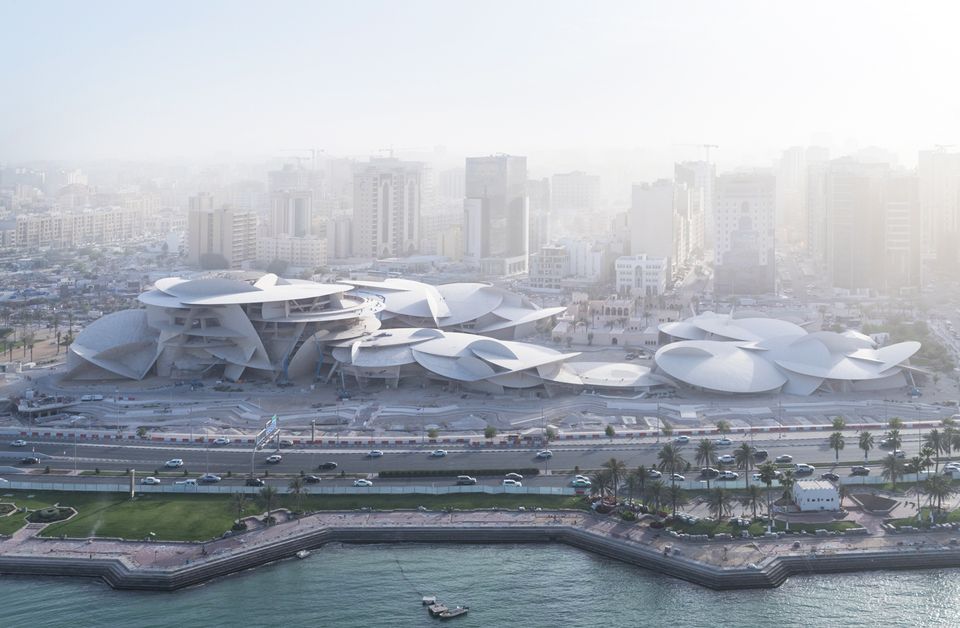 The National Museum of Qatar under construction © Iwan Baan

The long-awaited National Museum of Qatar “will give voice to Qatar’s heritage while celebrating its future”, according to a project statement. The museum is organised in three chronological “chapters”: Beginnings (the geological period prior to humans inhabiting the peninsula); Life in Qatar; and Building the Nation. Heritage objects on display include the Pearl Carpet of Baroda, which was commissioned in 1865. The French architect Jean Nouvel’s interlocking disc design, inspired by the desert rose, is bound to make the building an essential cultural destination in the Gulf. Grazyna Kulczyk, one of Poland’s most prominent contemporary art collectors (and reportedly the country’s richest woman), is launching a private museum in the remote town of Susch in the Swiss Alps. Located on the former site of a 12th-century monastery, the museum encompasses more than 1,500 sq. m of gallery space. Muzeum Susch, which will have a residency programme, is billed as a new “kind of laboratory”, adopting experimental approaches to contemporary art. The project is being funded by Kulczyk.

The firm Foster + Partners is giving the Norton its most extensive facelift in its 78-year history. The expansion, which includes a new “lush sculpture garden”, provides a “growing but culturally underserved community” with an up-to-date centre, according to a project statement. The revamp includes more than 11,000 sq. m of extra gallery space and a new building that reorients the main entrance. The vast Ruth and Carl Shapiro Great Hall will serve as the museum's “living room” and community space, while the historic houses on the campus edge will house artists in residence. 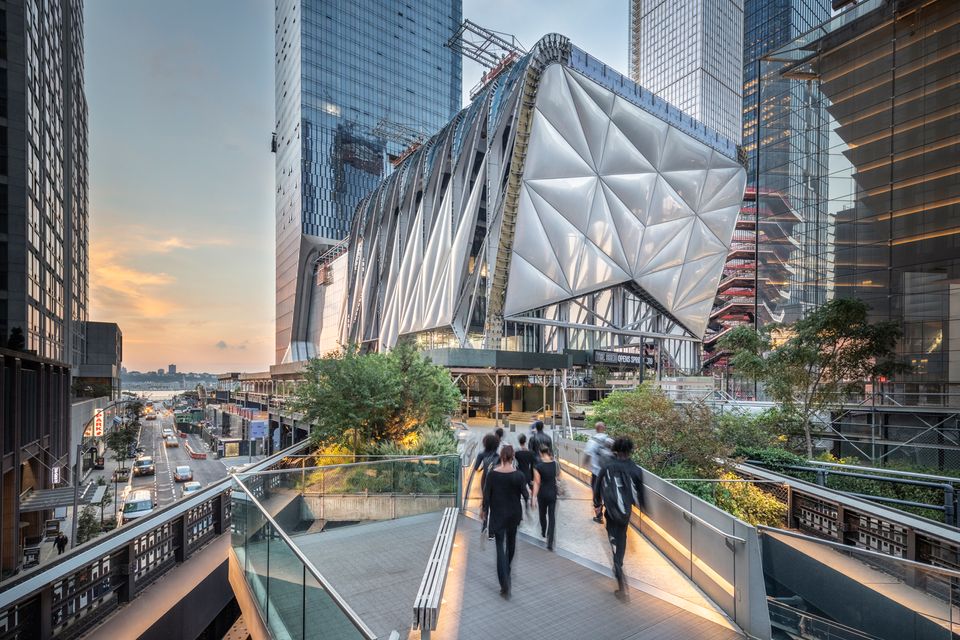 New art is on the agenda at a new interdisciplinary arts centre on Manhattan’s West Side. “The original idea was relatively simple: provide a place for artists working in all disciplines to make and present work for audiences from all walks of life,” says Alex Poots, the chief executive. The Shed’s outer movable shell, part of the Diller Scofidio + Renfro design (in collaboration with the Rockwell Group), coasts on steel tracks, doubling the building’s footprint. New commissions include a collaboration between Gerhard Richter and the composer Steve Reich, and a US music history concert series organised by the film-maker Steve McQueen. 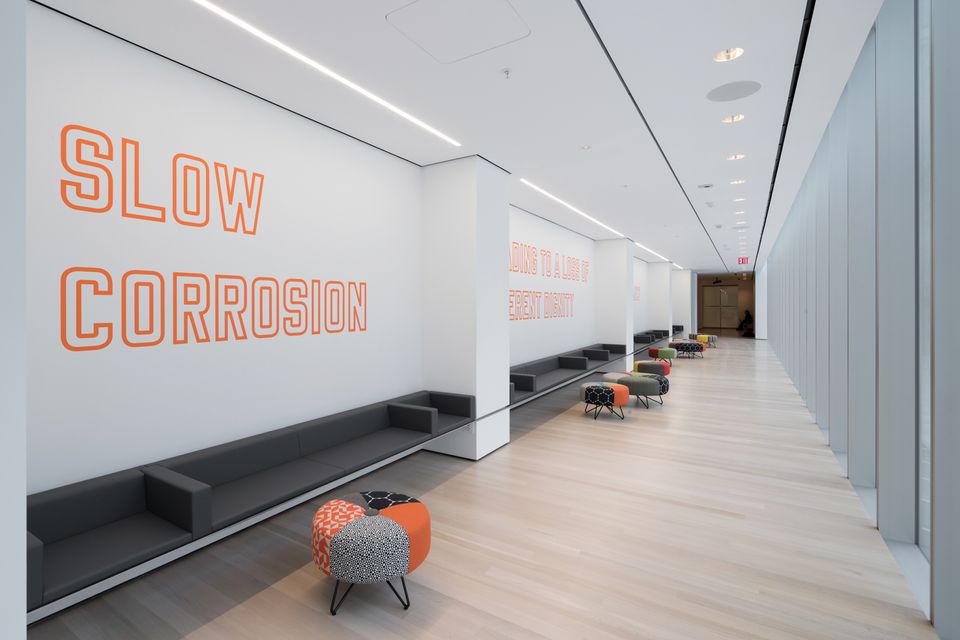 The Museum of Modern Art’s (MoMA’s) multi-year expansion project is adding 30% more space for displays—an extra 15,000 sq. m. The architects Diller Scofidio + Renfro have also enlarged the entrance and display areas on the upper floors. A new circulation network will “knit together the expansion spaces with the lobbies”, says the architect Elizabeth Diller. There are also new flexible spaces dedicated to contemporary design, performance and film. MoMA’s 2019 programme is devoted to showing works from the collection.

The Centre Pompidou is expanding its empire with an outpost in Shanghai. Exhibitions drawn from the holdings of the Paris institution will be shown at the museum, which is based in a wing of the new 25,000 sq. m West Bund Art Museum designed by the UK architect David Chipperfield. The project is driven by the district government of Xuhui and the Shanghai-based real estate company, West Bund Development Group. The project comes more than a decade after failed attempts to establish a Pompidou in Shanghai in 2007.

A major new museum complex, the Humboldt Forum is due to open in a reconstructed royal palace in the German capital in September. It will house Berlin’s non-European ethnological and Asian art collections; permanent displays on the history of the city; spaces for temporary exhibitions; and an open research laboratory run by Humboldt University. “It will be a centre for exhibitions, performances, and perhaps its key purpose, civic debates,” says Neil MacGregor, the former director of the British Museum and one of the founding directors of the Humboldt Forum. 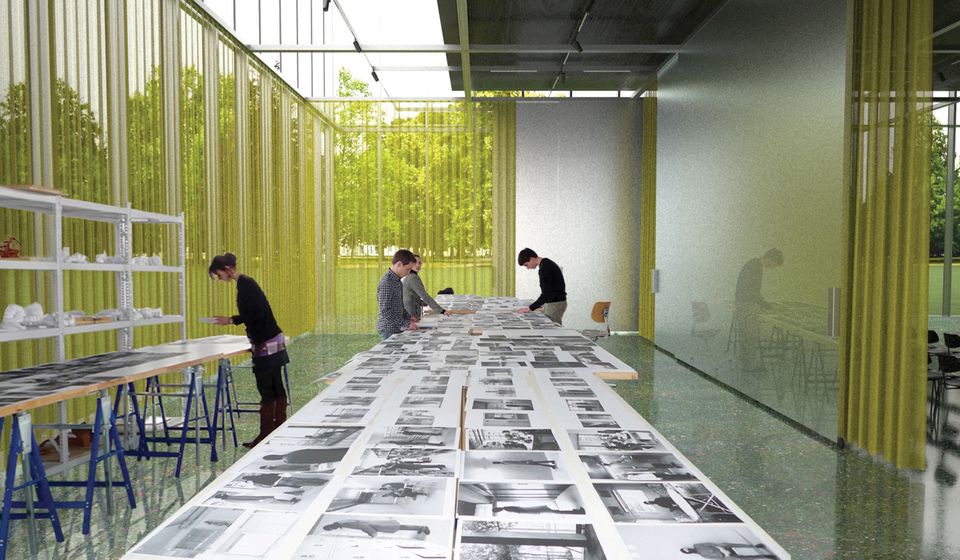 The centrepiece of this year’s centenary celebrations for the Bauhaus school of design is the opening of a 3,500 sq. m museum in Dessau, north-eastern Germany, to house the 49,000-strong collection of the Bauhaus Dessau Foundation. “The years which the Bauhaus spent in Dessau (1925-32) are regarded as the heyday of the school founded in Weimar in 1919,” according to a press statement. Most of the collection will be displayed in a hermetic “black box” on the museum’s upper floor. Another Bauhaus museum will be inaugurated in Weimar on 6 April.

The Albertina museum’s gift of 1,323 works from the Essl Collection valued at around €90m, including pieces by Cindy Sherman, Tony Cragg, Karel Appel, Georg Baselitz, Alex Katz and Neo Rauch, will be housed in the 19th-century Künstlerhaus building: a new home for contemporary art in the centre of Vienna. The €40m cost of refurbishing the 1,700 sq. m outpost is being funded by the Haselsteiner Familien Privatstiftung, established by the industrialist Hans Peter Haselsteiner. A rendering of the GE-2's central nave © RPBW

Moscow is getting a humongous new arts centre with the launch of the GES-2 complex in a former power plant located near the Kremlin. V-A-C, the contemporary and Modern art foundation set up by the natural gas billionaire Leonid Mikhelson, is behind the new 20,000 sq. m Russian venue, which has been converted by the Italian architect Renzo Piano. An artist residency block, amphitheatre, library and bookshop will form part of the new culture hub.