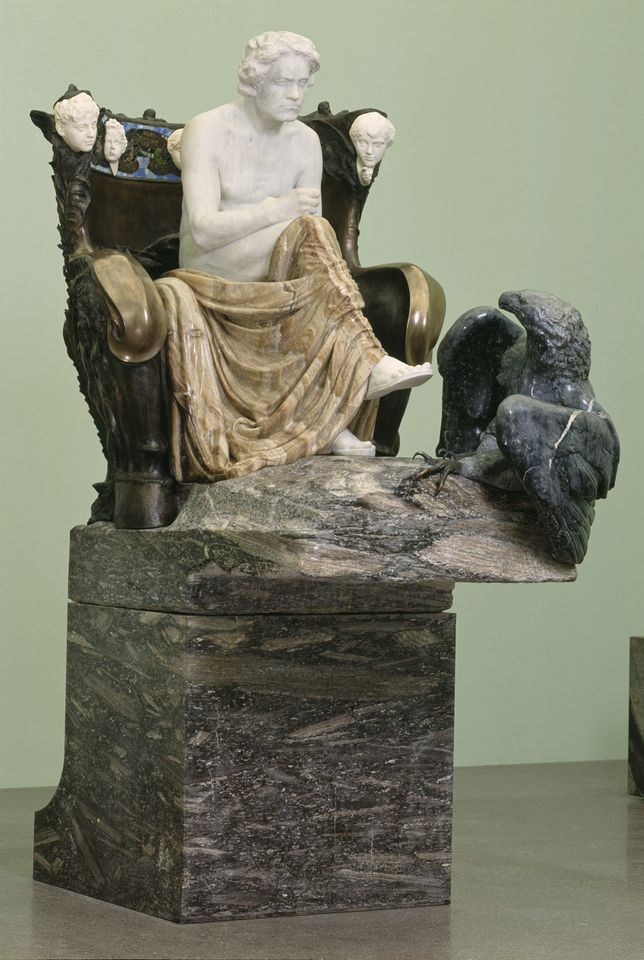 The east German city of Leipzig is hoping a major exhibition marking the 100th anniversary of Max Klinger’s death will help raise awareness of his work. The pioneer of Symbolism was the best-known German sculptor of his generation, but today he is little known outside his home country. Klinger (1857-1920) was also disparaged by German critics, who often dismissed his work as craft because of his interest in combining diverse materials, textures and colours, says Jan Nicolaisen, the head of painting and sculpture at Leipzig’s Museum of Fine Arts and the curator of the new exhibition Max Klinger and Europe.

He was creating installations before the concept existed

Klinger was drawn to the composer Richard Wagner’s idea of a Gesamtkunstwerk, blending sculpture, painting, architecture and even music in what we would today call a multimedia approach. “In a sense he was creating installations before the concept even existed,” Nicolaisen says.

During the Cold War, Klinger’s work was largely inaccessible to Western art historians because much of it was in Leipzig or other locations behind the Iron Curtain. Research on the artist has fallen behind, according to Nicolaisen. “Klinger is more than just a Saxon artist, he is a European artist,” he says. “What we are trying to do is to take him out of the local context and put him in a wider European context.”

The museum is home to the largest collection of the artist’s work, but the show will also include several loans to reveal Klinger’s influences, among them works by Gustav Klimt from Vienna, 25 sculptures from the Musée Rodin in Paris, and Jean-Léon Gérôme’s sculpture of Sarah Bernhardt.

A special highlight in Beethoven’s 250th anniversary year will be Klinger’s polychrome monument to the composer, which caused a scandal when it was unveiled at the Vienna Secession in 1902. Almost overwhelmed by the vast black marble plinth topped with a capacious, ornate throne, the bare-chested Beethoven is a hunched, vulnerable, ghostly white figure in Klinger’s monument. The work was derided as an inadequate tribute to the great composer, but to the German novelist Thomas Mann the sculpture showed Beethoven as the epitome of a hero: “To me, heroism is achieved despite the odds; it is weakness overcome, and tenderness is a part of it,” Mann wrote. “Klinger’s frail little Beethoven, who is sitting on a huge godly throne fervently concentrated, his fists clenched—that is a hero.”