Tschabalala Self reimagines Matisse’s Two Women as a contemporary couple

For her show at the Baltimore Museum of Art, the Harlem-born artist has responded to a sculpture by the Post-Impressionist 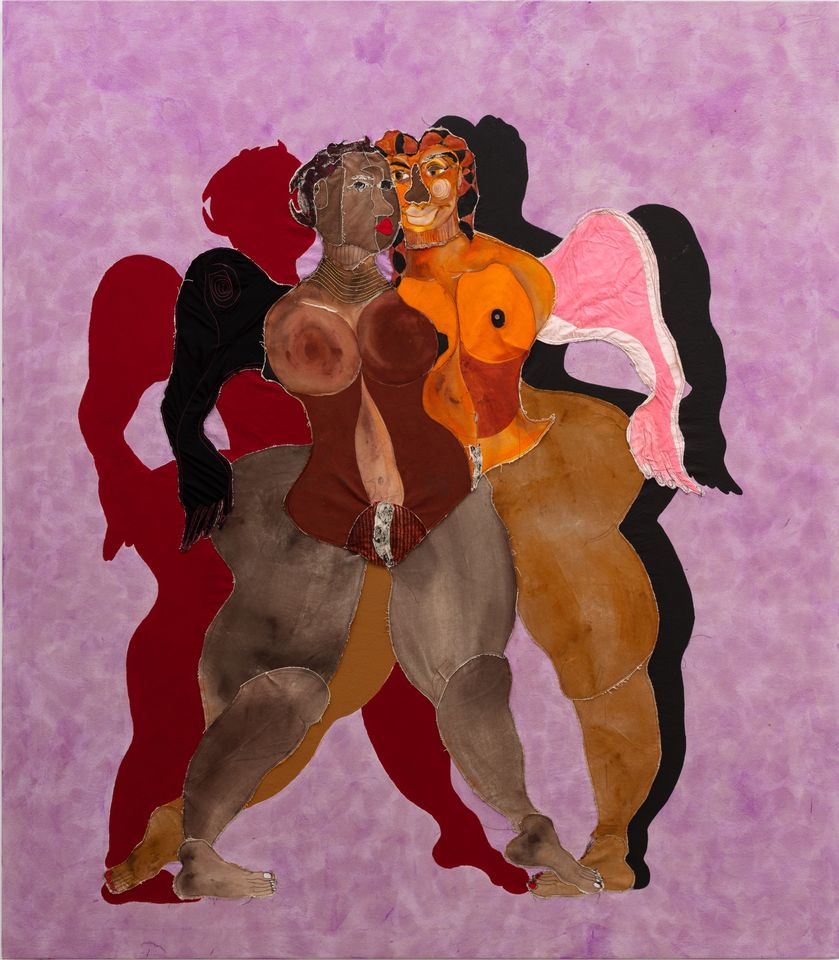 Tschabalala Self, Two Women (2019) Courtesy of the artist and Pilar Corrias, London

A centrepiece of Tschabalala Self’s solo show at the Baltimore Museum of Art (BMA), By My Self (28 March-19 September) is a response to a work in the museum’s permanent collection: Henri Matisse’s sculpture Two Women (1907-08), originally titled Two Negresses. The BMA has the most comprehensive holding of Matisse's work in a public museum and Self, a Harlem-born contemporary artist whose mixed media work deconstructs collective assumptions around the Black female body, looked through many drawings, paintings, and sculptures by the post-impressionist (several of which depict African subjects), according to Cecilia Wichmann, the associate curator of contemporary art who organised the exhibition. Self connected with this one Matisse sculpture in particular, Wichmann says, and she began to develop a new suite of paintings based on the two women and their clearly intimate relationship.

Self’s works often depict sexuality, romantic partnerships and this idea of coupling or doubling as a way to explore how a person’s identity is shaped by their relationships with—or without—others, the curator says. Working in rich and harmonious colour palettes, and using different techniques and materials, including tracing, stenciling, stamping, and printing with found fabrics and studio scraps, Self creates her compositions by visually taking apart a figure into self-defined shapes. “Even something you might think of as a mistake or as a failure is really just you collecting material or information that could be rearranged or reapplied differently to get a successful outcome,” Self says. 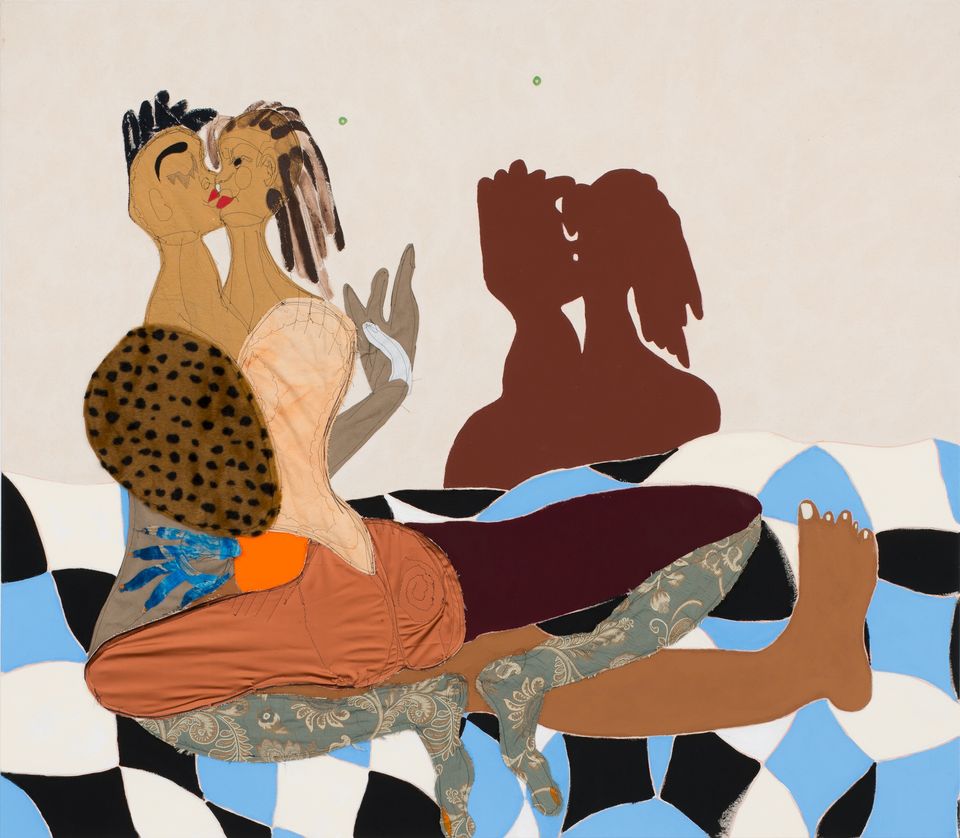 Tschabalala Self, Sunday (2019) Courtesy of the artist and Pilar Corrias, London

The rest of the show delves further into Self’s portrayals of the plenitude Black experience through 13 paintings and two sculptures made over the past five years, including some created during the pandemic. Among these works is the paint and fabric composition Father, from the private Dean Collection, a rare exploration by Self of the male figure, and Big Toe, a mixed media work on canvas of a couple in a sensual embrace.

The show also fits in with the museum’s larger aims of correcting biases and erasures in the art historical canon and recentering the institution in service of the community. Baltimore is a majority Black city and artistic explorations of Black identity should be the norm and not the exception, Wichmann says.

And while the museum is reopening with restrictions on its capacity—one gallery which holds just one painting and one sculpture is limited to just one visitor at a time—this might help to provoke a sense of solitude and personal reflection the artist says is necessary. “I think that this is a time for Black people and people of colour to reclaim our power,” Self says. “For us to truly inhabit our power, we would really have to be introspective to define ourselves.”