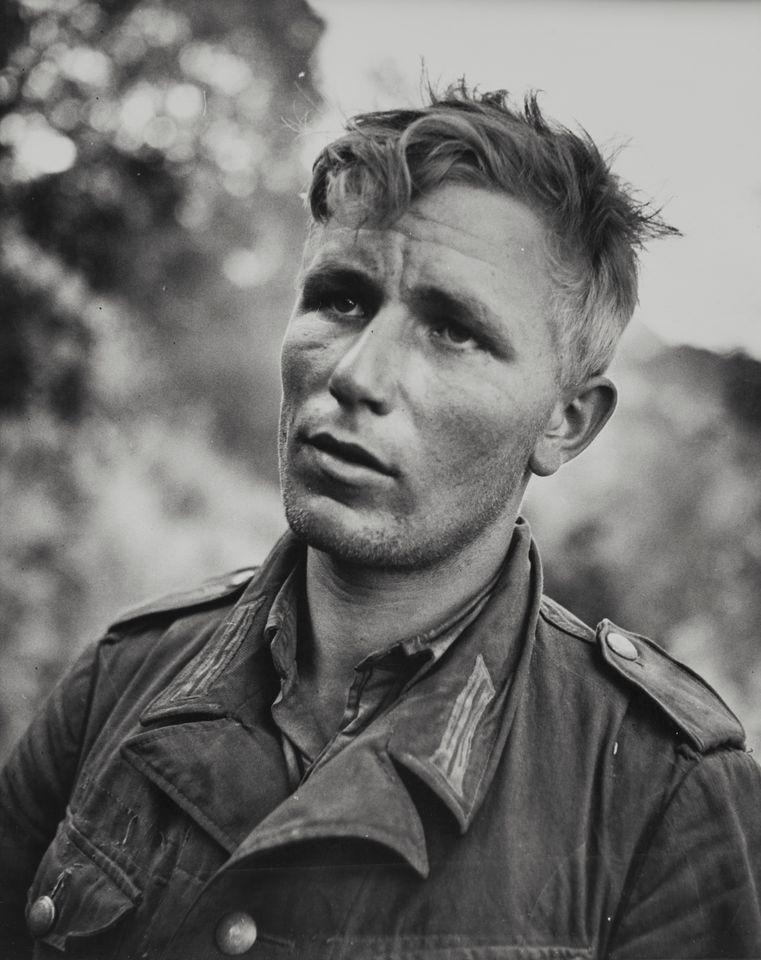 Rarely seen vintage prints by Robert Capa, the legendary and often mythologised war photographer and founder of Magnum Photo Agency, are to form the centrepiece of this year’s Photo London.

The exhibition, titled Close Enough, comes from the Capa maxim: “If your pictures aren't good enough, you're not close enough.” It comes from the collection of David Kogan, the former chief executive of Magnum, and includes more than 50 photographs from across the major wars Capa covered throughout his short life; Capa was present with his camera at the Spanish Civil War, the Sino-Japanese War, the Second World War and the 1948 Arab-Israeli War before stepping on a land mine at the age of 40 while covering the first Indochina war.

Close Enough, then, will enable Photo London visitors to view original vintage prints of some of Capa’s most significant images, from Capa's portrait of Leon Trotsky lecturing students on the Russian Revolution in Copenhagen in 1932, which became his first published photograph, to the second earliest print in existence of what’s now known as The Falling Soldier—a photograph now regarded as the first to ever show a battlefield death in action. 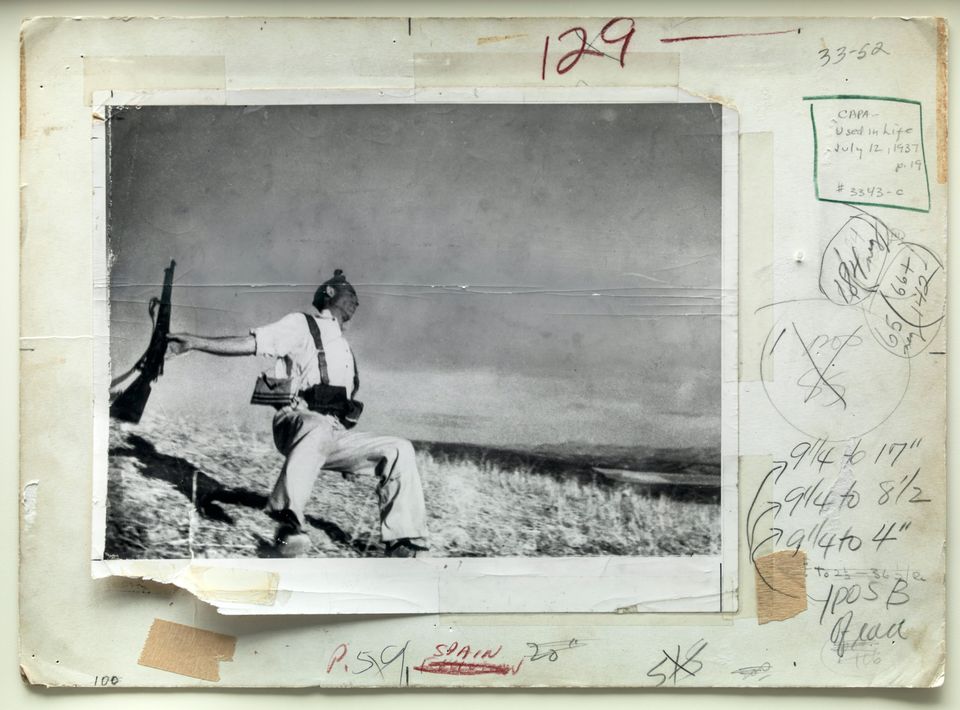 Taken in 1936 at the Battle of Cerro Muriano during the Spanish Civil War, and shot by Capa at the age of 25, the image depicts a loyalist soldier crumpling as he is hit by the impact of a bullet. The image is emblematic of photography’s unrivalled capacity to depict violence and death at its most dramatic. It was taken decades before it became de rigueur for photojournalists to formally embed with combat troops, and is now credited as establishing a primary canon of photography; the genesis of war photography.

The exhibition also includes the Leica camera Capa learnt to photograph with, and with which he took his earliest photographs, and expounds on the life of a man born to a Jewish family in Budapest in 1913, and who arrived in Berlin, at age 18, as a political refugee and communist dissident. In Germany, Capa witnessed the rise of Hitler before fleeing again to Paris and then, later, to America, where he covered the Second World War from behind Allied lines. Capa’s images of Omaha Beach, also present in the exhibition, constitute some of the only images of D-Day taken by an independent photographer. 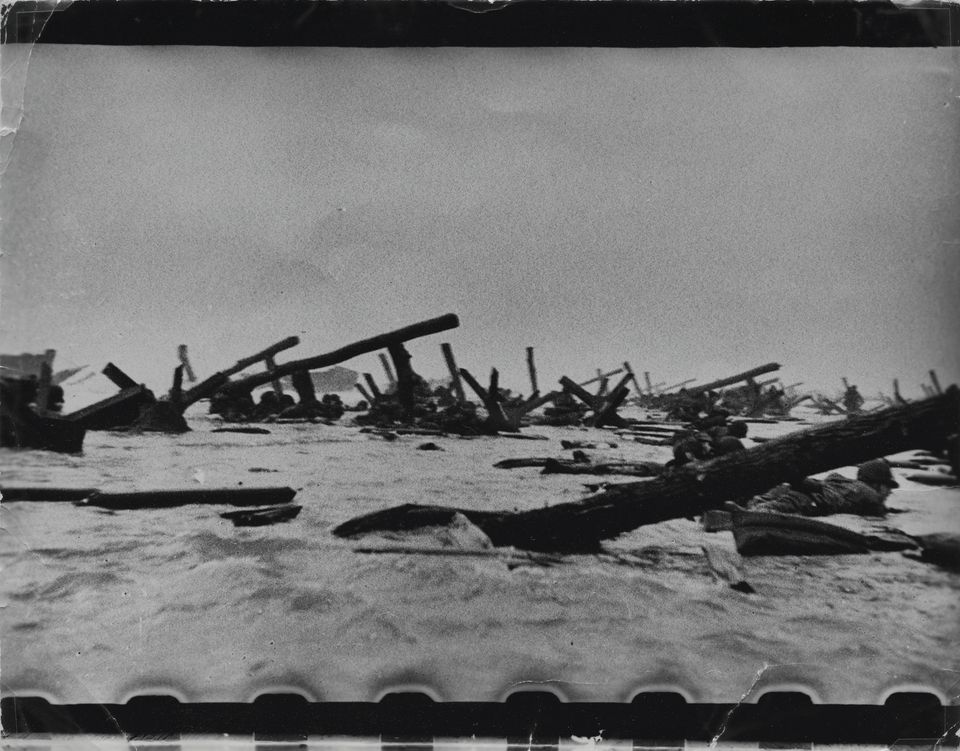 “There’s a lot of mythology about Capa,” David Kogan tells The Art Newspaper. “And separating Capa out from the myth can be quite difficult. The photography he did was a young man’s photography. He flees from Hungary to Berlin, he’s given a cheap Leica camera and he’s sent off to photograph Trotsky—out of that is born the incidental photographer.”

The news industry, much like today, “was collapsing around him,” Kogan says. “Nobody trained him. He just had an instinct for being in the right place at the right time, and his medium was his camera—at the time, that made him different. People can argue whether he was a great photographer or not, but he had the ability to capture great moments of history.”

In 1947 in Paris, Capa founded Magnum Photos, a cooperative and collectivist agency run and owned for freelance photographers, which has today become perhaps the world’s best-known photography agency. 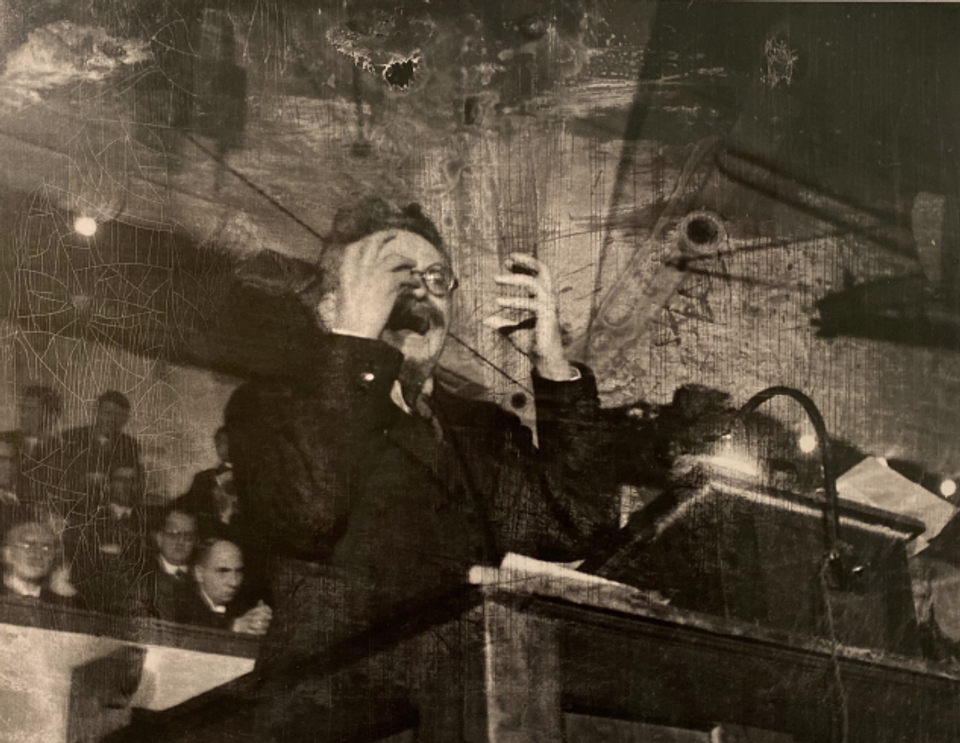 Kogan was the executive director of Magnum Photos from 2014 to 2019. He joined the agency off the back of his work for the news agency Reuters, which he joined in 1988 as managing editor, covering stories like the fall of communism in Eastern Europe, the release of Nelson Mandela in South Africa and the civil war in Yugoslavia. He started his photography collection with a Capa print of D-Day bought at the inaugural edition of Photo London; the collection now stands at more than 350 vintage pictures.

In death, Capa has faced unfounded accusations from various sources that he staged some of his conflict photographs, or was happy to fabricate the danger he was in in order to burnish his reputation, from the Spanish Civil War through to Omaha Beach on D-Day. 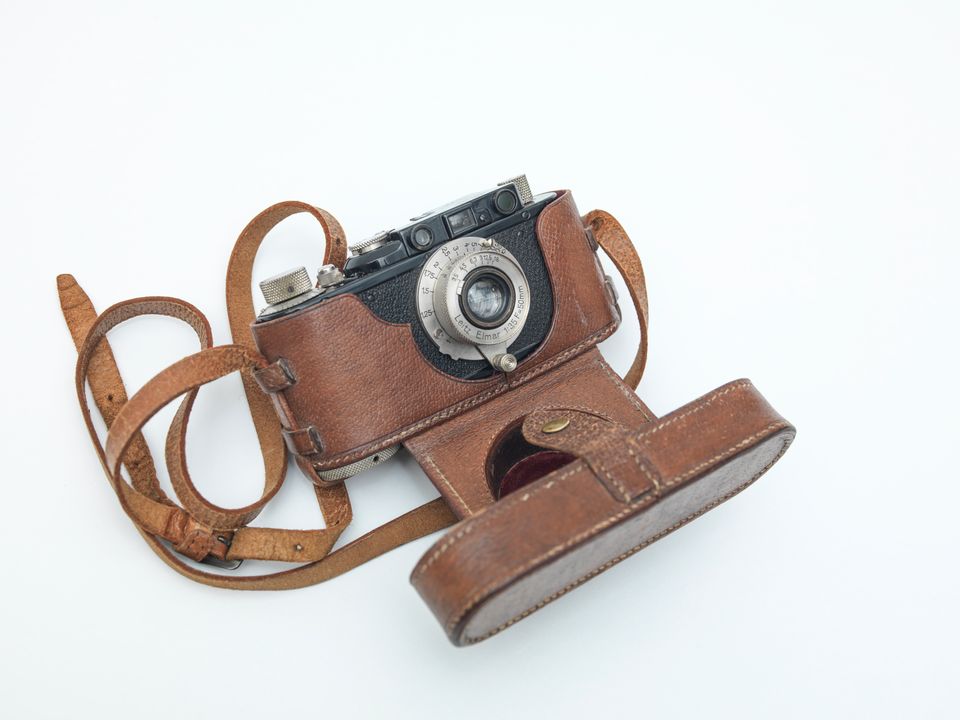 “I’ve worked with many journalists who have lost their lives,” Kogan says. “Frontline journalists in conflict zones, be it Robert Capa or Reuters or Magnum photographers, from D-Day through to Afghanistan and Iraq, always putting their lives at risk. It’s luck that people survive those situations. Some people are braver than others. Capa’s pictures of Omaha Beach are at a point where we know the Germans were dug in. Capa survived. His whole life was about putting himself in places where he could get the picture, and those places, of course, tended to be ones of extreme danger. When he died by stepping on a landmine, he had walked away from the convoy up a ridge in Vietnam; he wanted to be up there to get a good vantage point—to get a better picture.”

Close Enough is curated by Julie Bonzon of Messums London and Ben Burdett of Atlas Gallery. The Photo London exhibition, which opens on 8 September, will then be on show at Messums London, before touring to the gallery’s Wiltshire and Yorkshire venues.