Students from Goldsmiths, Glasgow School of Art and the Royal College of Art reveal the highs and lows of the past year 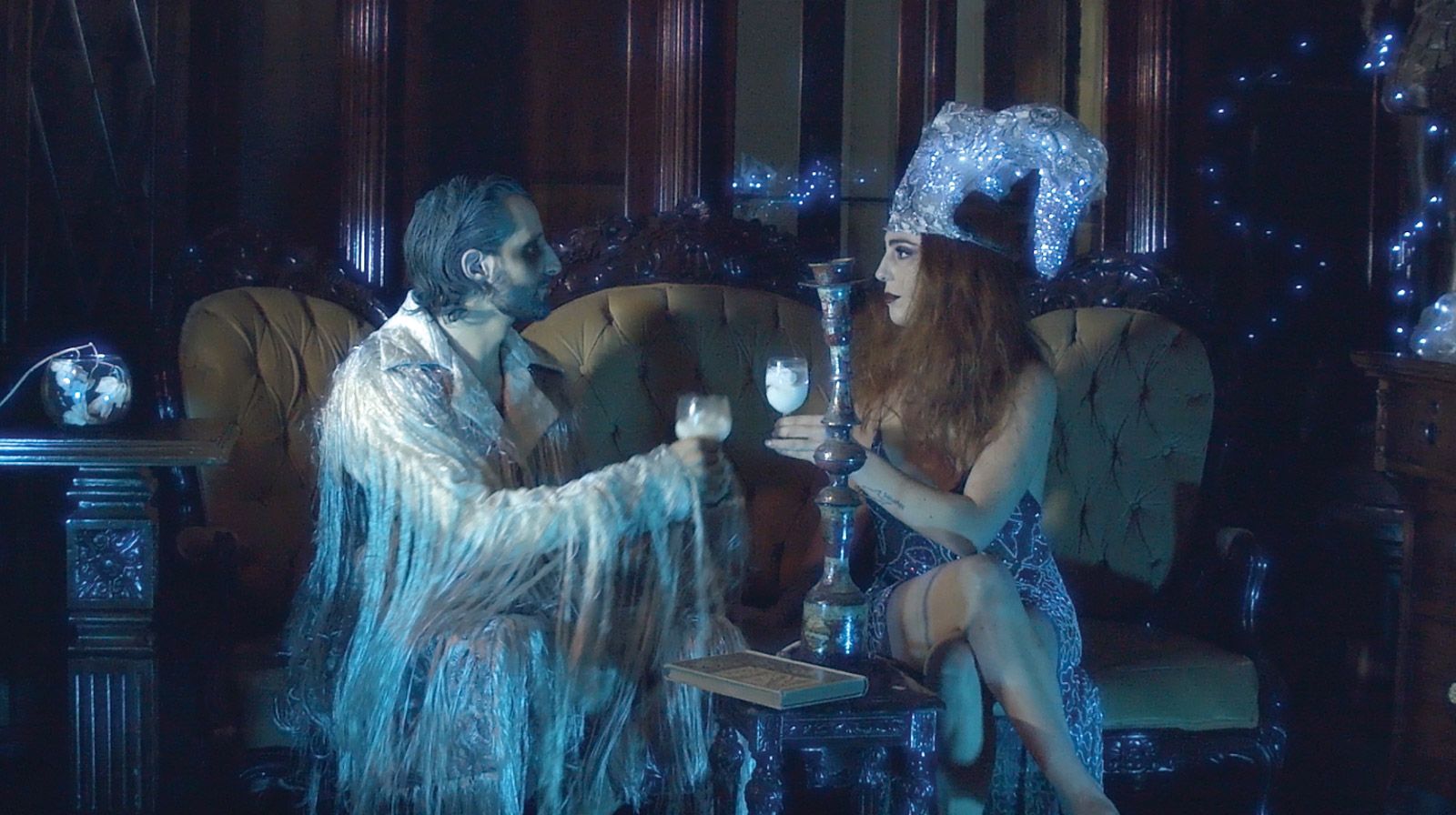 Here’s to a successful graduation: a still from Paola Estrella’s Journey To The Underworld (2021) Courtesy of the artist and RCA

One could argue it is never an auspicious time to be a newly fledged arts graduate. But a global pandemic is surely a worse moment than most. As master of arts (MA) and master of fine arts (MFA) students around the country get ready to stage their degree shows, many of their exhibitions will bear little resemblance to those of years past.

“The pandemic made me rethink my work and impacted the questions I am asking about vulnerability, fantasy and escape,” says Paola Estrella, an MA Contemporary Art Practice student at the Royal College of Art in London. Like many master’s students, those graduating from the RCA this summer did nearly their entire course during lockdown, and the institution’s degree show RCA2021 will take place virtually for the second summer in a row. Supplementary physical satellite events are planned to take place at sites across London including the gallery hub Cromwell Place in South Kensington. For the digital iteration, Estrella will show a video of her grandmother as a goddess from the underworld, while a video installation of a human aspiring to become a jellyfish will be exhibited at Cromwell Place.

“Our studio mates became quite literally our bubble. There was a sense of community in daily testing together” Niamh Schmidtke, Goldsmiths MFA Fine Art student

The Glasgow School of Art’s (GSA) MFA degree shows will also take a hybrid form, with its formal assessment conducted entirely online in the form of a digital portfolio. A three-day-long “physical showcase” will also run, but both its size and capacity for viewers will be greatly reduced in comparison to a conventional degree show.

However, for Matthew Cosslett, an MFA student who will show a multi-channel video installation, the derailment of his degree began prior to the pandemic. He says he “encountered significant and consistent problems with the GSA as an institution” during the pandemic, but that structural problems existed well before Covid-19. There were also union strikes over staff pay and precarious contracts in February 2020, which essentially shut down several universities around the country including GSA and the RCA, and meant many were already closed as the UK entered its first lockdown. 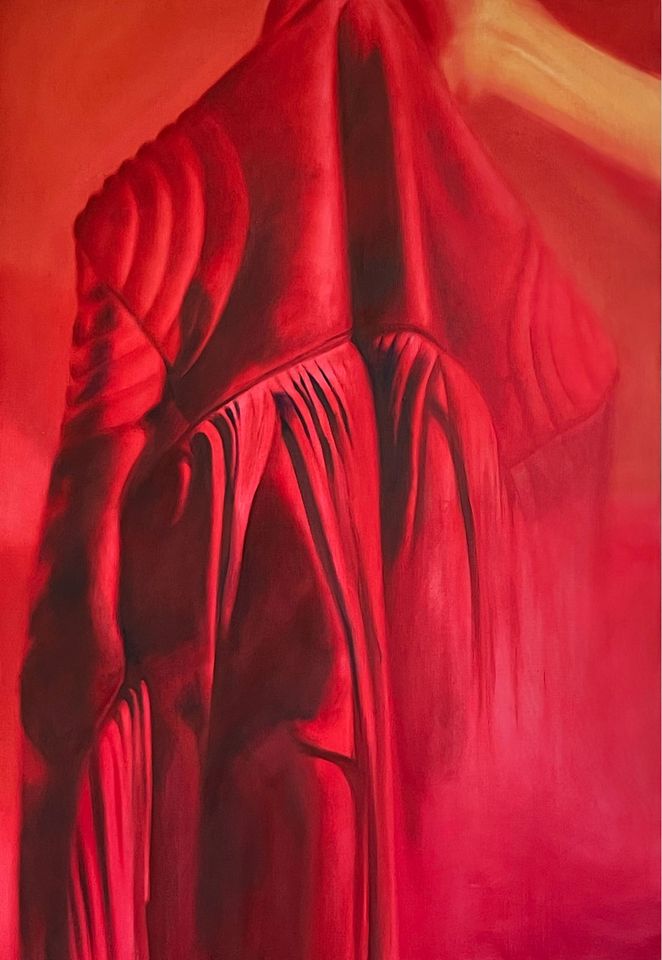 Nana Wolke's Thrown Out (2021) Courtesy of the artist

MFA Fine Art students at Goldsmiths, University of London, also only had three months of teaching before strike action closed their university. The 2021 cohort of around 60 people was quickly down to fewer than 30, as around half the class deferred their studies for at least one year. Nana Wolke, who is from Slovenia, was among those who chose to stay, explaining that she is at Goldsmiths on a scholarship that could not be extended. Wolke says that luckily her practice, based largely around painting, was less interrupted than others due to the reduced workshop access that students faced for around seven months in total.

For Wolke’s studio partner, Niamh Schmidtke, who moved to London from Ireland for the course, accommodation practicalities played a part in her decision to stick it out, as did the increased attention and studio space she says she received from the tutors, akin to “how MFAs were 10 years ago”.

However, with a practice based largely around 3D printing and ceramics, Schmidtke had to completely rethink what she would produce for her degree show. Without access to a kiln or an industrial printer she has concentrated on writing and will exhibit a radio play, which crucially can also be experienced at home. “Even though our show is physical, something we had to think about throughout our entire degree is how a work could succeed in a hybrid format,” Schmidtke says. 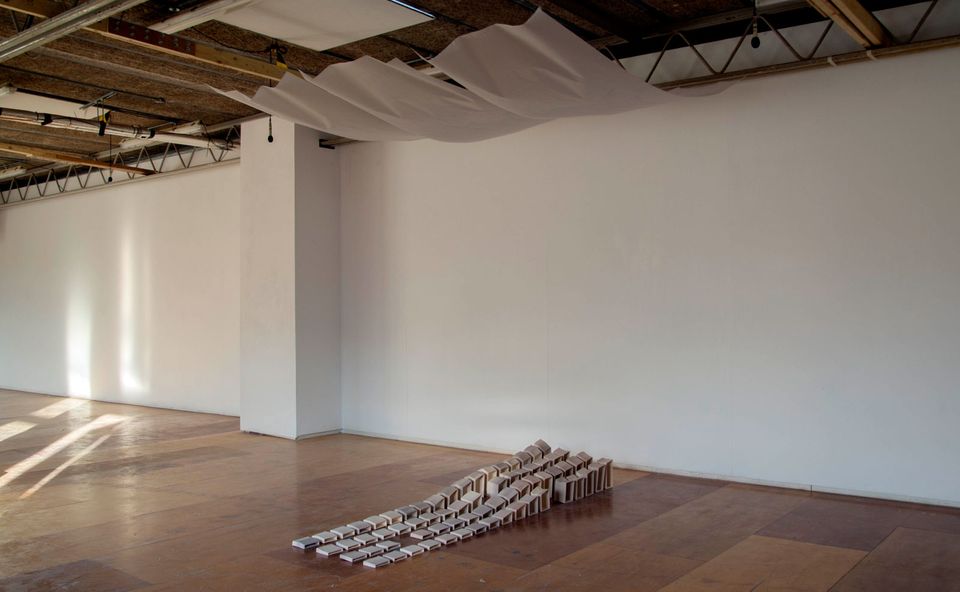 What is notable, both Wolke and Schmidtke say, is that the pandemic has forced this year’s more intimately sized cohort to develop a sense of solidarity and reify their commitment to caring for one another. “Our studio mates became quite literally our bubble. There was a sense of community in daily testing together,” Schmidtke says. “So we spent our evenings reviewing each other’s work and growing together.”

In April, an ad hoc group exhibition called Access, which was organised by Goldsmiths MFA students, occupied the windows of shops on Deptford High Street in south London. It was one of many DIY student projects to have emerged during the pandemic and reflects the spirit of camaraderie and ingenuity that the last year has brought about. They are qualities that will prove essential as the art students emerge into a new and more precarious professional landscape.