Beyond the wall: a golden period of exchange between Mexican and US artists is revisited in new show 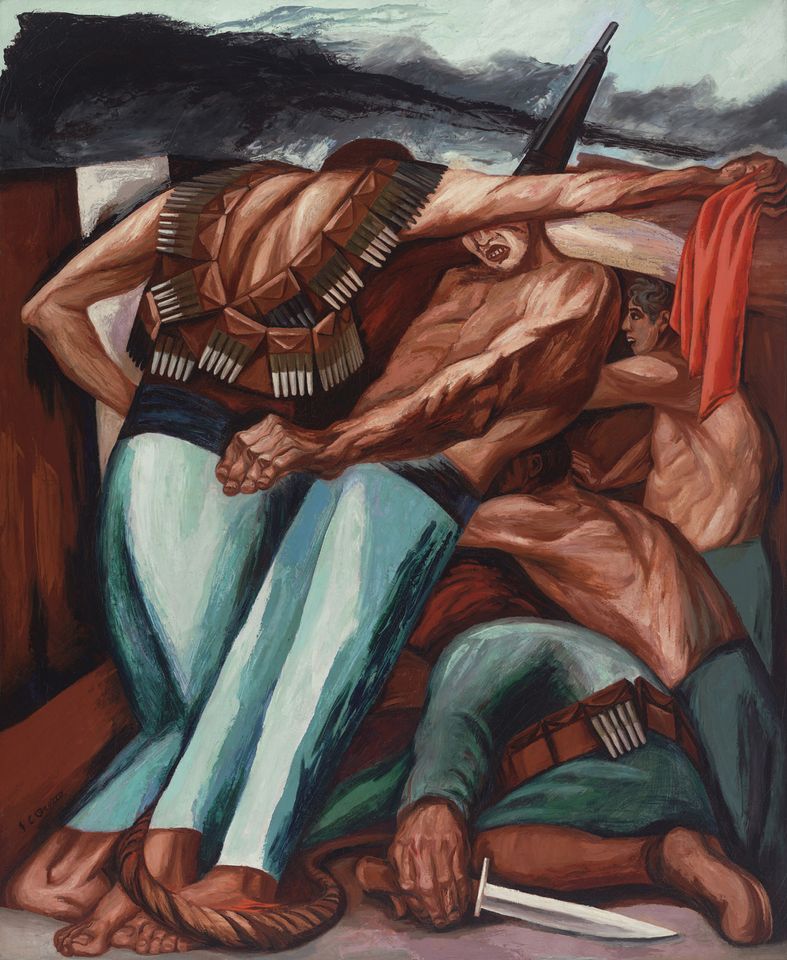 The profound influence Mexican artists had on the American avant-garde in the two decades following the end of the Mexican Revolution in 1920 is to be revealed this month in a groundbreaking exhibition at the Whitney Museum of American Art. Vida Americana: Mexican Muralists Remake American Art 1925-45, which explores the overlooked creative exchange between Mexican and US artists in that era, will “reorient the understanding of art history”, says the show’s curator Barbara Haskell.

The exhibition will juxtapose around 200 works of art and delineate the political and artistic alliance of around 60 artists. “In these 20 years, art truly had a social role; its mission was to be accessible, to engage with everyday life and to create a better world,” Haskell says. “The myth of the revolution as a heroic fight of social justice—and the idea of Mexico as this authentic and idyllic place, as opposed to the fragmented modernity of the US—must have seemed exhilarating to American artists,” she says.

A major part of the show will be devoted to David Alfaro Siqueiros, who was expelled from Mexico in 1932 for his political activism and was “one of the more radical and experimental of the Mexican artists who came to the US”, Haskell says. Siqueiros founded the Siqueiros Experimental Workshop in 1936 in New York, where students including a young Jackson Pollock worked with unorthodox materials such as cement and cigarette butts. “When you see a work by Pollock from the late 1930s next to a work by Siqueiros, the influence is clear,” Haskell says. 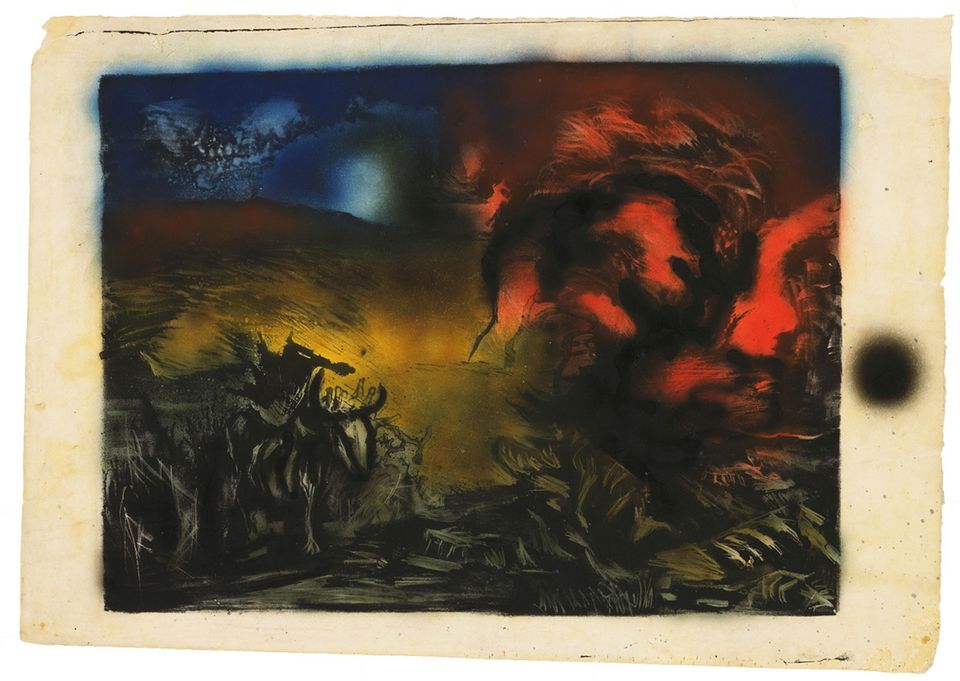 The exhibition will detail the controversial history of Siqueiros’s 1932 Los Angeles mural América Tropical: Oprimida y Destrozada por los Imperialismos (Tropical America: oppressed and destroyed by Imperialism). The work’s patrons “expected some sort of palm trees or sunny natives”, Haskell says. Instead, Siqueiros, with assistants such as Philip Guston and Fletcher Martin, created a poignant piece featuring motifs such as a crucified indigenous Mexican, a dilapidated Mayan pyramid and an American eagle. The mural was almost immediately whitewashed after completion. It was rediscovered in the late 1960s as the paint began to peel off and was restored by the Getty Conservation Institute in 2012. The Whitney Museum has produced a full-scale photograph of the mural when it was first painted, bringing back to life an important political work.

The exhibition will have a section devoted to showing the influence of José Clemente Orozco on artists such as Pollock, Guston and Jacob Lawrence. Among the pieces in the gallery will be a half-scale canvas reproduction of Orozco’s monumental mural Prometheus at the Pomona College Museum of Art, California, which in 1930 became the first modern fresco to be painted in the US by a Mexican artist. “When Pollock saw the mural, he proclaimed that it was the greatest painting in the contemporary world and kept a photograph of it in his studio,” Haskell says. 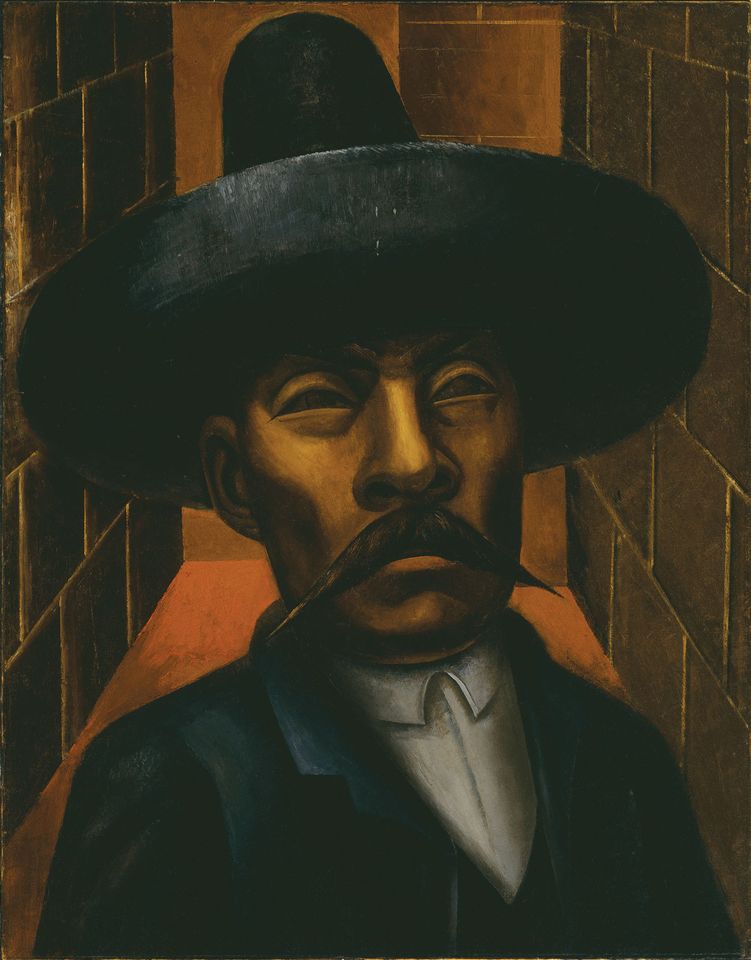 The influence Mexican artists had on their African American contemporaries will also be explored. “The idea of creating a work that showed the trajectory from oppression to resistance to liberation was something that African American artists felt evoked their own experiences,” Haskell says. “Just as the muralists celebrated marginalised histories and played on the idea of a ‘romantic nationalism’, African American artists like Charles White and Aaron Douglas—artists who went to Mexico or worked with the Mexican muralists in the US—took the opportunity to celebrate the history of their own experiences through art.”

Mexico’s most famous muralist Diego Rivera will have a gallery devoted to his work, which will include the story of his Man at the Crossroads (1934). The mural was commissioned for the lobby of 30 Rockefeller Plaza, New York, and depicted the contrasts between capitalism and communism. Nelson Rockefeller approved Rivera’s original proposal for Man at the Crossroads, but the artist later added an image of Lenin as a nod to his comrades and to “protest the idea that he had sold out”, Haskell says, after being criticised by fellow communist artists for taking high-profile commissions from US capitalists. Rockefeller asked that the fresco be altered but—following pressure from Rivera’s wife Frida Kahlo as well as his assistants—the artist “refused, thinking that Rockefeller would capitulate,” Haskell says. However, the fresco was destroyed. A modified version, Man, Controller of the Universe, was installed at Mexico City’s Museo del Palacio de Bellas Artes in 1934, and will be represented by a full-scale reproduction. At a time of growing tensions around immigration and nationalism, Haskell hopes that the exhibition will allow visitors to “perhaps look back on a moment where there was an exchange between Mexico and America that led to a tremendous outpouring of art and collaboration.” However, she adds, “it doesn’t eliminate one paradox: while Rivera was called a hero and Siqueiros was toasted [in America], the reality was that Mexican Americans then were facing terrible racism—and that’s something still prevalent today.”

The show’s main sponsor is Jerome L. Greene Foundation and it will travel to Texas later in the year.