The first German survey of the textile artist Hannah Ryggen, who wove tapestries in support of the victims of Fascism and against the Vietnam War from a smallholding on the Norwegian coast, opens at the Schirn Kunsthalle Frankfurt.

Ryggen was born into a working-class family in 1894 in Malmö in Sweden. From 1924 until her death in 1970, she lived in Norway. She trained first as a teacher, then learned painting, but by the age of 30 had given it up in favour of weaving monumental tapestries. As a committed socialist, she addressed the political events and conflicts in Europe during the 1930s and 1940s in her work, including the Italian invasion of Ethiopia and the Nazi occupation of Norway.

Her tapestries combine elements of folk art and the European avant-garde with mythological symbols and scenes of daily life. Although she represented Norway at the Venice Biennale in 1964, Ryggen’s work has often been sidelined as applied art. Many of the works are on loan from the National Museum of Decorative Arts in Trondheim.

“In the past few years, the reception of Ryggen’s political tapestries has changed and she is drawing increasing attention within the context of contemporary art,” says the Schirn director Philipp Demandt. Her “uncompromising work seems shockingly topical in a time of increasing inequality, nationalism and populism.”

Among the works in the show will be the 1933 tapestry in wool and linen, Fishing in the Sea of Debt, an allegory of the impact of the Great Depression on the fishermen in Orlandet, where Ryggen lived. It shows debt collectors fishing near a capsized boat as its ejected occupants struggle to keep their heads above water. 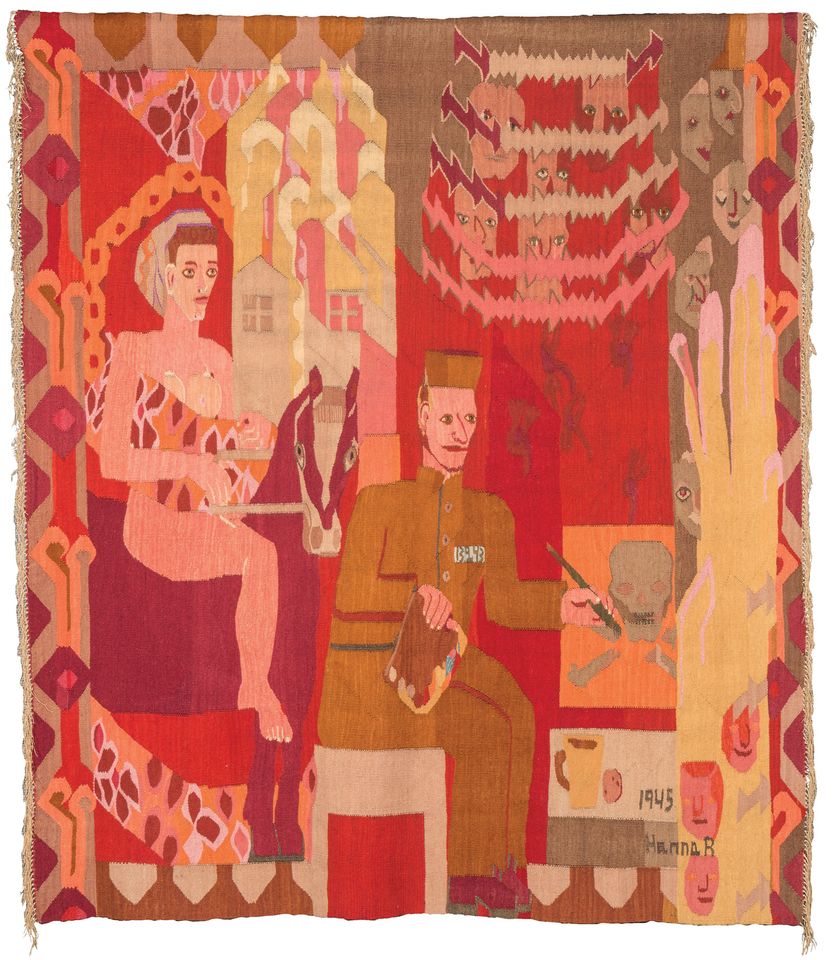 The 1935 piece, Ethiopia, includes an Ethiopian driving a spear through Mussolini’s head. The work was exhibited at the Paris World Fair in 1937, but the corner featuring this violent image was folded over to hide it. In Grini (1945), Ryggen imagines her husband Hans’s rescue from a prison camp near Oslo, where he had been incarcerated by the Nazis on suspicion of helping prisoners escape from labour camps in Orlandet.

The exhibition is sponsored by Norwegian Literature Abroad and Sparebankstiftelsen DNB.