Culture of chivalry is not quite dead, but it certainly is not what it used to be, new book shows

Essays on the concept are useful for their discussions of arms, heraldry, castles and gardens as well as its long lasting effect on European culture 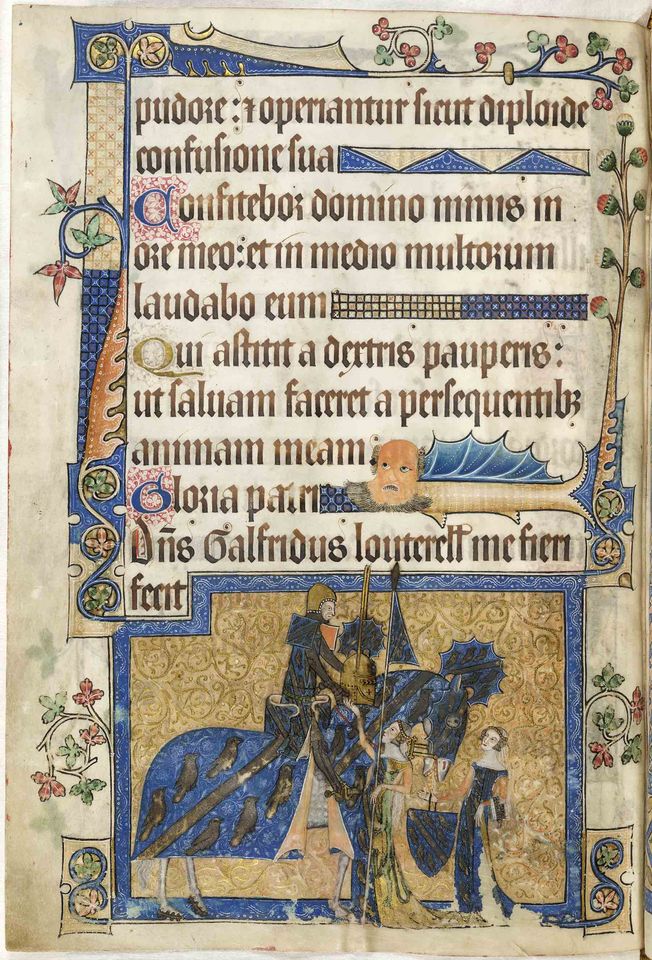 Sir Geoﬀrey Luttrell, his wife Agnes de Sutton, and their daughter-in-law, Hawise le Despenser, in the Luttrell Psalter (around 1320-40) © The British Library Board

More often than not, when today a man opens a door for a woman or holds back her chair, someone will remark ironically, “So chivalry’s not dead”. Chivalry is not quite dead, but it certainly isn’t what it used to be. In a series of detailed essays, this book reveals that chivalry, which reached its peak in the late-12th and early-13th centuries, was never a stable entity, but meant various things at different times and in different places. It was nevertheless a “man thing” that had to do mostly with martial prowess, personal honour and entitled independence. It was an elite accomplishment and the court was the stage on which chivalry was performed.

Sometimes chivalry appeared in a version tempered by ecclesiastical rulings to restrain its more violent aspects. The ecclesiastical Orders of Templars, Hospitallers and Teutonic knights aimed to encourage altruistic pursuits although they were not paradigms of passivity. Art historians will find this book useful for its discussions of arms, armour, heraldry, castles, gardens and the ways in which chivalry had a long afterlife in European culture in the 18th and 19th centuries. This book makes clear the wide variety of historical approaches to the subject (including its hole in the heart: the place of women), presents a synopsis of recent scholarship and indicates new lines of inquiry.