A dizzying mash-up in a trio of New Museum shows 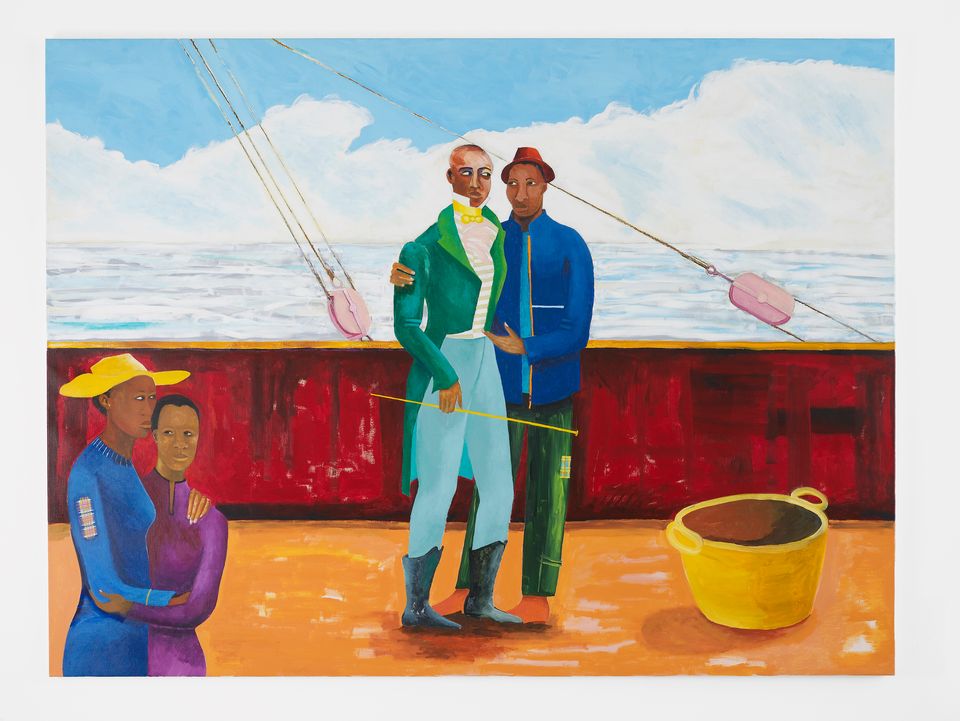 Anyone wilting from the torpor of a New York summer should flee to the New Museum, where a veritable fun fair of exhibitions deliver both mental and physical thrills and chills, along with a few body blows to cultural appropriation.

Himid, who came out of the British Black Arts Movement, created the sculpture and paintings in Work from Underneath expressly for this space. It has such enormously high ceilings that the volume can swallow up all that lies beneath. Not this time.

The brilliant colours of paintings depicting collectives of black male or female figures who speak to one another, and to us, in body language alone pop from walls painted deep grey. Legible from any distance, they read both as pictures of collective labour and as pointed rebukes to colonial powers that attempt to marginalise enduring native talents. Lubaina Himid, Why Are You Looking… (2018) Courtesy the artist and Hollybush Gardens. Photo: Gavin Renshaw

The entire exhibition speaks to the power of nonverbal communication. Small emblematic paintings on metal squares that Himid fashioned after health and safety manuals frame various tools with patterns that she appropriated from kangas, scarves that East African women wear as skirts or sarongs with affirmations printed on their hems. But close looking is needed to make out details like the yellow pencils floating on an electric orange square above the stenciled instruction “Keep Moving Parts Lubricated”.

That’s what Himid does for the flow of history with her invasive and poetic sculpture Old Boat/New Money. It evokes the ghost of a slave ship in long grey planks studded with shells (once a currency) that are unevenly propped and fanned out against a wall, as if they have been torn apart and lifted by unseen waves.

Other forms of trade—and globalism’s toll on the human labor it exploits—is a recurring subject for Mika Rottenberg, a New Yorker born in Argentina. Her surreal video installations impart the rippling effects of world economies by diving through microcosms of ceaseless and impenetrable networks that circle the planet like a vise and squeeze, hard.

Though there is no clear opening in it, the portal to the show, titled Easypieces, requires a lunge through a curtain of braided tinsel flowers that might hang in the doorway of a border town brothel. This splendid obstruction turned out to be the exit from the hallucinogenic installation Cosmic Generator as well as as a metaphor for the action onscreen, where manufactured goods easily cross borders and change hands—but people? Not so much. 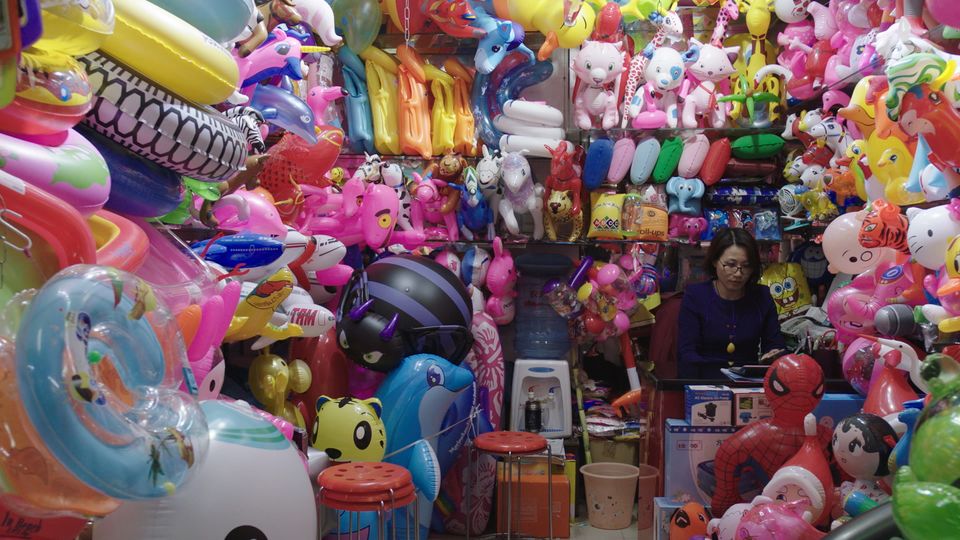 Made in 2017 for Skulptur Projekte Münster, where the artist set up in a claustrophobic storefront, the insane Cosmic Generator connects the ends of the earth by mashing together the business of a Chinese restaurant in Mexicali where male waiters are served up on platters as burritos with the transport of cheap plastic goods from a massive wholesale market in Yiwu, China. Viewers have more breathing room here, but the stranglehold that trade agreements have on daily life feels just as constricting.

Totally new is the dizzying, confounding Spaghetti Blockchain, where Rottenberg’s camera jumps with no warning from a throat singer in Siberia to a potato field in Maine to the giant servers of an antimatter factory in Switzerland. Scenes change and morph kaleidoscope-style at the center of a rotating hexagonal stage where doors open and shut like those in a French farce and knife-wielding hands slice rolls of dyed slime that melt like the Wicked Witch of the West into sizzling pools of colour.

All of this was startling, but it was Rottenberg’s genius as an expert colourist and manipulator of sound that I took home with me. It’s all I had left after going out of body in Menesunda Reloaded, Marta Minujín’s re-creation of a confabulating maze that the influential Argentine queen of ephemera introduced in Buenos Aires in 1965. 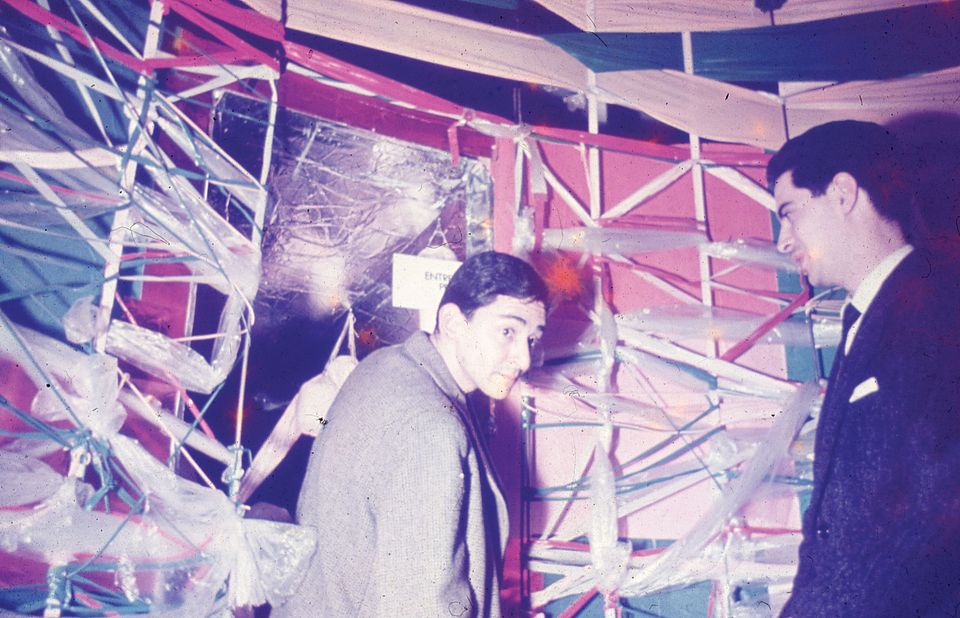 This required me to thread my way up and down narrow neon-lit staircases and past a couple reading in bed, to pause for a nail-painting exercise in a manicurist’s pink lair and to step gingerly across spongy floors to cross through an unplugged refrigerator before bouncing around a mirrored room forested by torpedo-shaped sandbags.

Minujín is an exuberant, fearlessly political artist whose social critiques spring from a well of “nasty woman” humour. I didn’t mind bathing in it one bit, even if the joke was on me.