A Käthe Kollwitz renaissance is under way (and about time, too) 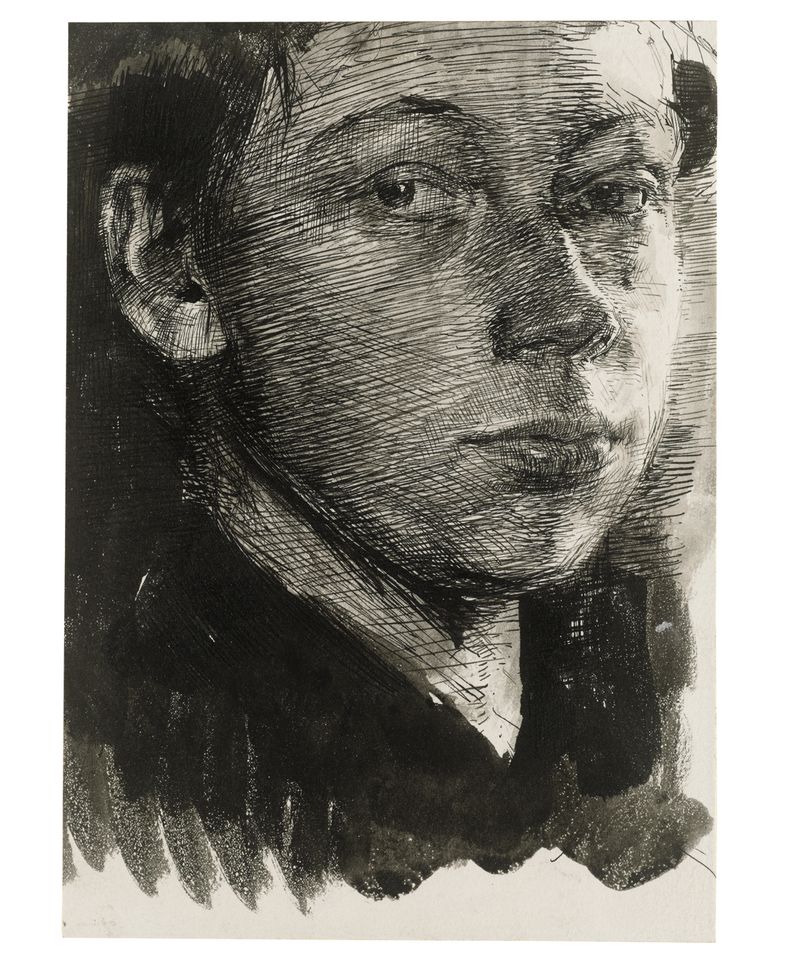 Käthe Kollwitz, Self-Portrait turned half right (around 1890). An early drawing when the artist was emerging from the student; enquiring, confident and diffident, curious and charming. Talent so evident Courtesy of the Kupferstich-Kabinett, Staatliche Kunstsammlung Dresden

Portrait of the Artist: Käthe Kollwitz

Käthe Kollwitz (1867-1945) is properly garnering more specialist attention for several reasons: the quality of her work, and the new light being shed on the work of women artists, in practice a minority too often treated as though each outstanding practitioner is the exception that proves the rule.

Kathe Kollwitz in Dresden is a remarkable and unusual book, a genuinely original contribution to art history. It explores in depth not only Kollwitz’s work, notably on paper – prints and drawings – but also her professional relationship with the scholar, connoisseur and curator, Max Lehrs (1855-1938) who was the director of the prints, drawings and photographs cabinet of the Dresden State Museums (now housed in the Residenz, the royal palace in the centre of Dresden). He was himself an outstanding expert on early Netherlandish prints but believed passionately in contemporary art.

He systematically bought her work, eventually creating a collection of several hundred prints and a score of drawings. Dresden was the first public collection to collect her prints, and his public patronage was a decisive factor in her growing reputation. Their correspondence was extensive and a selection is published here for the first time.

Kollwitz was a profoundly socially committed artist and said that she wanted to have an effect; it is peculiarly sad and profoundly ironic, for her as a pacifist too, that a son was killed in the First World War and a grandson in the Second. Her visual imagery made a case for the socially and economically disenfranchised, but is almost too emotional, the trope of suffering made visible curiously diluting the impact now; perhaps we are inured and they were much more powerful in their own time. She choreographed her crowded scenes brilliantly, but the horrors of her cycles The Weavers’ Revolt (1892) and A Peasants’ War (1903) are perhaps dulled by our exposure to such dreadful scenes through the media. There is a wealth of excellent illustration of etchings, lithographs and woodcuts in various states from 1889 to 1922, with individual and detailed captions. It is clear, perhaps inadvertently, that she was her own best subject; her self-portraits (there are well over 100 in her work as a whole) rank among the finest sequences for such subject matter. She was beautiful, but the lack of pretension and pose makes her searching depictions of herself enormously emotive; we almost feel we are sharing space with her.

But the stance taken in this publication is novel as it gives a detailed description of a gallery which has one of the best historical collections in the country engaging deliberately and with conscious determination on the then contemporary. Lehrs’ mission initiated by his superior Karl Woermann was to “give modern graphic art the attention it deserved”. The fascination of this collection of essays is illuminated in absorbing detail by the ways in which public collections are always a series of collaborations between the scholars and the collections, inherited and augmented; we are privileged to see the workings up close, the choices that are made in this case for the etchings and lithographs by a controversial unusual woman artist whose own views were taken into account. It was an economic plus that there were no substantial private collectors in this area. Moreover, there was context, beginning with late 19th century pictorial photography and then a host of male artists who were also gifted printmakers, from, say, Max Klinger to Max Liebermann, both influential for Kollwitz’s work.

Much of Lehrs’ correspondence has been lost, but Kollwitz’s responses that have survived show how much his practical and moral support meant for her work and how important it was to work with someone who understood and admired her achievements.

Meanwhile Portrait of the Artist has a choice collection of some 40 Kollwitz prints which, augmented with loans, is on tour in England, coming to London in 2019. It is the legacy of the legendary curator, Campbell Dodgson (1867-1948) a friend and colleague of Lehrs; the British Museum at the time could not buy contemporary work. All elements are here, social protest, a focus on maternal subjects, and the great self-portraits. There is an exemplary and brilliant biographical essay, rich in historical context, by Max Egremont, and Frances Carey’s fine narrative of Kollwitz’s artistic trajectory. Much of her subject matter was tragic, the mourning mother haunted her work. She was for personal reasons and social awareness absorbed by death while leading a richly fulfilled life.

• Marina Vaizey is a freelance lecturer and writer. She was the art critic of the Financial Times and subsequently The Sunday Times. Her books include Great Women Collectors (with Charlotte Gere, 1999). She currently writes for theartsdesk.com