Art in Chicago illuminates a rich and ultimately countercultural legacy 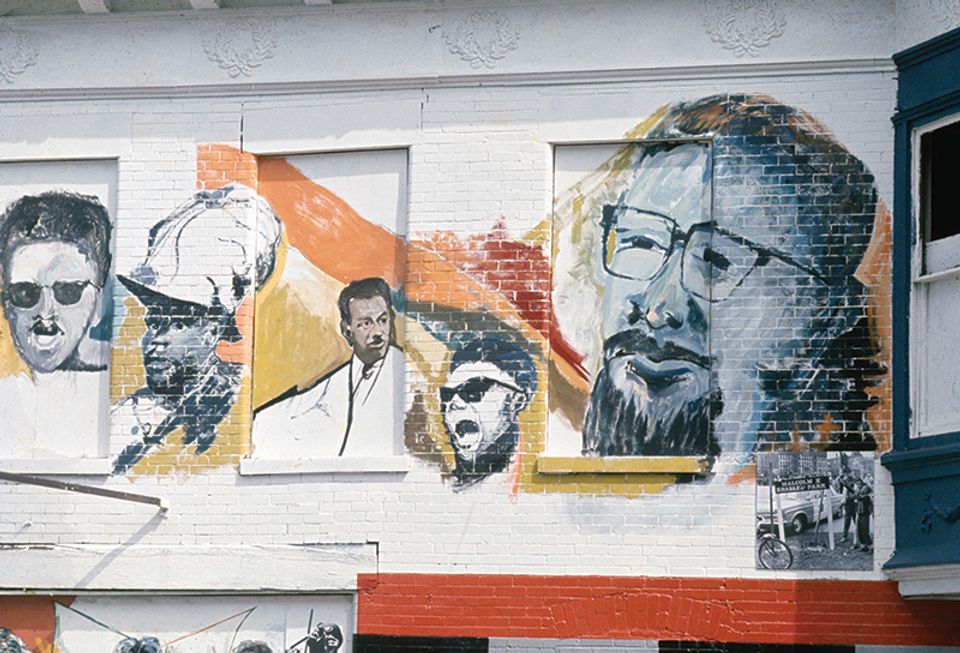 Chicago may be best known for its pioneering architecture and as a cradle of the world’s first skyscraper, but the city is finally being recognised for its countercultural reshaping of American art and culture. Under the umbrella title Art Design Chicago, a massive citywide effort is under way this year to celebrate and catalogue that largely under-known art history through a series of significant exhibitions and events. A cornerstone of the programme is the publication of Art in Chicago (University of Chicago Press, $65), the most comprehensive treatment of the topic to date.

Loosely modelled on the Getty’s successful Pacific Standard Time initiative, which helped revitalise Los Angeles’s art history, Art Design Chicago is sponsored by the Terra Foundation for American Art, which granted over $6m to champion the citywide event and oversaw the book’s research and development.

The essays in Art in Chicago present a refreshing challenge to the standard narrative of Chicago’s 150-year art history, highlighting the themes of art activism and diversity. Contemporary artists like Theaster Gates and Kerry James Marshall emerge not just as international icons of this Midwestern metropolis but as agents of social change in a long lineage of progressivism. We learn that Hull House, a 19th-century settlement centre for new immigrants and women in Chicago, prominently employed the arts as a social service, and that the city’s main art school at the Art Institute of Chicago graduated its first African American students nearly 75 years before nationwide desegregation. The book’s final chapter is a chorus of enlightening interviews with Nick Cave, Anne Wilson, Michelle Grabner and more.

The book conspicuously lacks timelines and keywords, avoiding the encyclopaedic approach of past efforts. At the heart of this new history is instead a compelling story about how artistic identity is formed in the shadows. It is not until the 1950s that Chicago art aesthetics form a fully shaped whole with a distinct persona. Before that, we see nostalgic depictions of Native Americans painted on the heels of their extermination; overeager attempts to flatter the industrial city’s wealthy elite with an injection of European sophisticates like Marcel Duchamp and solo museum shows of Monet and Picasso; and so-called Salons des Refusés where efforts toward inclusiveness begin.

Influential figures soon arrive on the scene to give Chicago its unique voice. In the 1930s, the “bebop artist” Gertrude Abercrombie hosts jazz salons while holding court as a Midwestern version of Gertrude Stein. The Hungarian artist László Moholy-Nagy relocates from England to head the New Bauhaus, a school that finally acknowledges the city’s growing need for artists in the industrial and commercial sector. Graphic art takes root, as well as the city’s first advanced curriculum in photography.

In the post-war years, the Monster Roster, led by the artists Leon Golub and Nancy Spero, becomes America’s counterpart to the psychological trauma of Bacon or Giacometti. The Hairy Who group of painters, including Jim Nutt and Gladys Nilsson, are Chicago’s answer to 1960s Pop, and finally the AfriCOBRA collective emerges at the forefront of the Black Arts Movement, providing visual and performative expression to Civil Rights in the 1970s. The clash over public art comes to a head in 1967 with the debut of Picasso’s now famous untitled public monument in Daley Plaza and the Wall of Respect in the South Side, a community effort that helped launch a new mural movement in the US dedicated to minorities. All of these topics are deeply covered in the book’s excellent essays.

• Eds Maggie Taft and Robert Cozzolino, Art in Chicago: a History from the Fire to Now, The University of Chicago Press ($65)