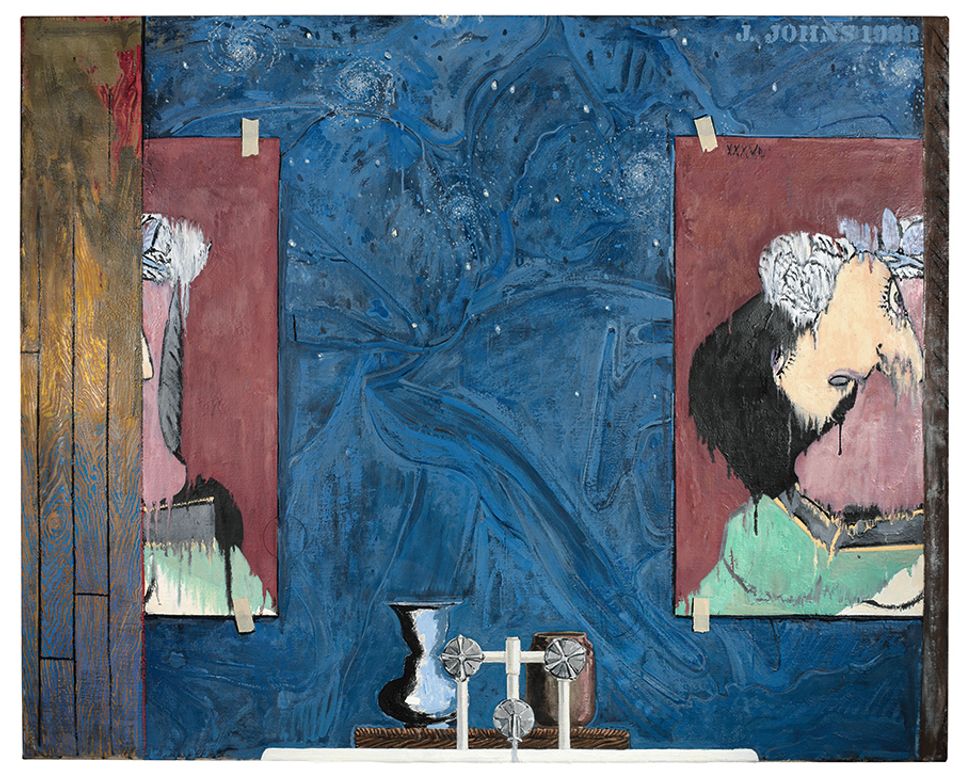 A proper catalogue raisonné entails many years of collaborative research. It seeks to resolve most, ideally all, uncertainties regarding a reproduced work of art’s attribution, dating, media, techniques, provenance, exhibition history and critical citations. Done well, such a publication may be counted the ultimate tribute to a living artist.

Jasper Johns, now 88, had already enjoyed an abundance of tributes when the five-volume catalogue raisonné of his painting and sculpture appeared in 2016. The first such project of the Wildenstein Plattner Institute, a non-profit foundation in New York, it set the standards of design elegance, comprehensiveness and technical detail that inform the two additional complete Johns catalogues that have since appeared: one surveying his monotypes and the six volumes devoted to his drawings.

For a hint of the diligence expected of contributors to a catalogue raisonné, consider this note from the drawings set on the measurement of works documented: “Measurements are given in inches (to the nearest eighth) followed by centimetres (to the nearest tenth)… Each drawing was measured twice, first in inches, then in centimetres. The measurements were not converted mathematically but were taken from the physical sheet using different implements. If a measurement fell equally between two indicators, the number was rounded up to the nearest eight or tenth, respectively. Insofar as possible, every drawing was measured with the same implements.”

These dozen volumes introduce even those who already know Johns’s art well to numerous works in various media seldom or never yet exhibited publicly, many still in the artist’s possession. Even for a reader casually perusing these luxurious books, the question arises repeatedly—unanswered by the authors—why Johns, a discerning collector, has chosen to keep close so many of his own works.

The art historian, Roberta Bernstein, who has known Johns for 50 years and published extensively on his work, led a team of researchers on the painting and sculpture project. She also wrote the monograph that serves as the first volume of the catalogue raisonné. It traces a biographical arc, but gives priority to the progress of Johns’s art over incidents in his life. Although Johns has said many times that he does not want his work to be about himself, Bernstein’s account evokes a more ingenious, but also more emotionally burdened, artist than those unacquainted with him may see reflected in his art. Her analysis discovers fascinating aspects of disguise, appropriation and elusiveness in Johns’s imagery, materials, techniques and sources, while providing a taste of the frank, sometimes genial, yet enigmatic impression he makes in interviews and in person.

The following passage is typical of the blend of force and complexity characteristic of Bernstein’s analyses, and of the allusive works in focus. It refers to a series of pictures Johns pursued in the 1980s, using the wall above a bathtub in his Long Island house as a sort of screen for the projection of memories and other thoughts:

Johns made only three paintings in 1988, each of which presents Picasso’s Woman in a Straw Hat in combination with the Stony Point bathroom… All three of these works feature the blurred, disintegrating copy of Picasso’s portrait that Johns had first employed in 1987. The artist has related the manipulated image to two anecdotes, one of which recounts that Picasso, upon first seeing a painting by Willem de Kooning, made the offhand remark that it looked like a “melted Picasso”. Intrigued by this comment, Johns later connected it to a story by Jean Cocteau “that Picasso said he was always amazed, when he took a bath, that he didn’t melt like a cube of sugar”. According to Johns, “that image stuck in my mind, and I decided I wanted to use an image of a melted Picasso. Finally, I put it together with the bath.” The two larger works are a closely related pair of encaustic canvases identical in size, with light and dark-blue backgrounds, respectively. In each version, Picasso’s portrait is split into two sections and taped trompe l’oeil style to the wall. The cropping creates uncertainty as to whether the picture is repeated or divided into two parts that, if scrolled, would reunite into a whole... By locating the bathtub directly in the centre of the composition, the gaze of the artist falls on the area between the pictures, which is filled with the traced outlines of [Mathias] Grünewald’s diseased creature. In both paintings, the background is peppered with dots; the dark-blue version includes spiraling galaxies throughout the upper register. These additions transform the space from a flat surface into an infinitely receding view of the cosmos, with Grünewald’s figure as a constellation in a star-filled sky.

The compositional suggestion that a stretched canvas might be scrolled into a tube connecting opposite edges occurs in several of Johns’s works, as Bernstein notes, but she never provides a satisfactory clue to its origin or meaning. But the art historian Jennifer Roberts, co-author with Susan Dackerman of the monotypes catalogue raisonné, may have hit upon it, without saying as much.

Johns’s drawings frequently follow rather than precede the works in other media to which they recognisably relate, marking an ongoing exploration, Johns has said, of his own works’ materiality and progress of ideas. But the monotypes, Roberts argues, reveal this progress better than Johns’s work in any other medium. (A greater proportion of unique works in the single monotypes volume list as provenance “Collection of the artist” than those in either multi-volume catalogue.)

Roberts’s long essay focuses explicitly and illuminatingly on Johns’s monotype practice, but it is essential reading for anyone interested in this relatively understudied subject. “Print collectors avoided them,” Roberts writes of monotypes, “because they were not editioned, while painting collectors avoided them because they saw them as prints.” And yet the hybridity and variability that have tended to make monotype invisible to art-historical discourse are precisely the qualities that have made it such a generative medium for Johns... If one sees printmaking as... ‘exactly repeatable pictorial statements’, then monotype will appear as an awkward, liminal exception, lurking around the margins of the replicative core of print. But if one is interested in printmaking for its basic physical and spatial operations—if one sees it primarily as an arena for exploring contact, transfer, reversal, rotation, pressure, absorption and resistance—then monotype looms much larger, since by bracketing out replication it allows all these other aspects of print to take center stage… Monotypes may best be understood not as a vehicle for the unmediated presence of the artist but rather as a process that maximizes the transformative power of the printing press.”

Roberts places Johns's monotypes in the context, well defined in Bernstein’s study, of works such as Device (1959) and Fool’s House (1961-62), in which Johns appeared to delegate a painting's execution partly to extraneous, if symbolic, objects, such as a ruler or broom.

In the monotypes, Roberts argues, Johns exploits the printing press as collaborator. He uses it, she proposes, as “estranger”, as “literalizer”, as “respondent”, as “fixer”, as “blotter” and as “timekeeper”. She makes the case for each of these functions using examples of Johns monotypes, an exercise bolstered by brief technical studies of individual works and series, on which she and Dackerman collaborated. (The thought strikes the persistent reader, sharpened by a picture of the press in the artist’s Connecticut studio, that the potential scrolling of a picture’s surface implicit in some important Johns paintings evokes the axial roller of the printing press.) Roberts movingly connects the physicality of the press and its use in making monotypes with Johns’s obsession with mortality, which many commentators on his art—himself included—have pointed out. “The propulsive onwardness of the rolling press in monotype,” Roberts writes, “brings printing into the one-way flow of real time and out of the imaginary dream of renewable circularity. It takes printing into life, and therefore also into death.”

Kenneth Baker retired in 2015 after 30 years as resident art critic of the San Francisco Chronicle. He is The Art Newspaper’s correspondent based in San Francisco