The practice of connoisseurship, which, the author Frédéric Elsig argues, is a skill that can be learned, is examined in relation to 15th-and 16th-century painting 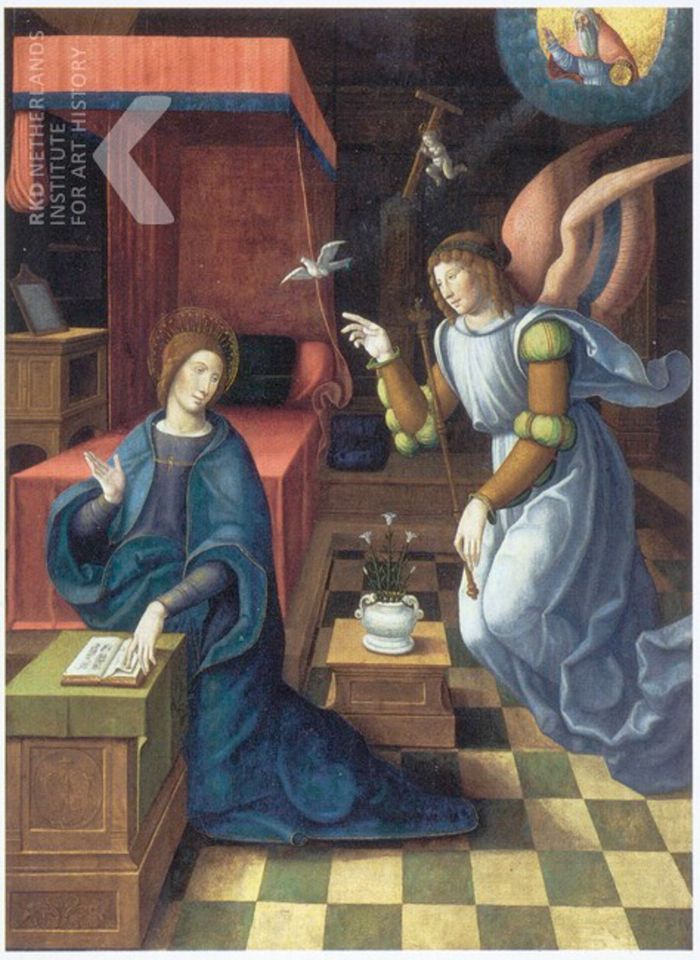 Frédéric Elsig, the Professor of Medieval and Renaissance Art History at Geneva University, brilliantly makes the case for connoisseurship as the foundation of art-historical writing in this short book (the title of which is, in English, Connoisseurship and Art History. Methodological Considerations on 15th- and 16th-Century Painting). He speaks of it all the more accurately and appositely given that for him it is a day-to-day practice and an intellectual disposition, and his extensive bibliography bears eloquent testimony to its prestigious range.

His introduction spells out the degree to which the art market, the emergence of museums and the birth of academic art history were inextricably interwoven from the 16th to the 19th centuries, the Golden Age in which this discipline­— logical, independent and prolific – was established. What clearly emerges is that all art history is organically related to the accurate and correct definition of its true object, the work of art itself. Ultimately, being able to name and define the work under discussion is the issue at stake – and this, precisely, is the connoisseur’s art.

However positivist and old-fashioned the connoisseur’s expertise may now be considered by many academics (and even at times within 21st-century museums), the characterisation of a work, its context and its precise identification are arrived at by the connoisseur following the complex process of hypothesis and deduction. This is the essential preliminary to other ways of approaching the work in question – whether by contemporary history, sociology, ethnology, psycho-linguistics or iconology, current fashions in the academic world. Connoisseurship is indispensable because it alone is dedicated to validating precisely the works that undergird the geographical, national, chronological and stylistic frameworks of art history, which is itself constantly undergoing adjustment as new works are discovered and new identifications are made. Other fields of art history adopt, or should adopt, connoisseurial conclusions as the basis for developing their interpretations.

Contrary to received opinion, even though some individuals are more gifted in its practice than others, connoisseurship is something that can be learned. With clear explanations and using specific examples, Elsig breaks down and theorises the process that enables art historians, when confronted with an anonymous work (or one where the label has been lost or is, as in many cases, approximate or wrong), to ask the right questions, in the right order, and draw together a cluster of arguments permitting them to reconstruct a story whose chronology has been largely incomplete.

By studying the work’s materials the connoisseur is able to situate it in space and time (by comparing it with others and placing it, on objective grounds, either before or after a fixed chronological reference point). Then, by making comparisons and analysing its stylistic components, he or she can characterise its maker’s cultural milieu – identifying the tradition(s) espoused, for example – and they can seek to identify an individual personality by connecting the information about its iconography, formal construction and technique to establish a coherent specific style. Through concurrent and interconnected processes, the connoisseur then attributes this work to a maker, whether a historically known figure or by providing a provisional, collective and descriptive name. Subsequent research may then be able to find documents and/or other works of art that make an attribution possible. This is the case, for example, of Elsig’s positing of Nicolas Cordonnier as the artist previously known only as the Master of the Legend of the Holy House. The section in which Elsig discusses the work of art itself concludes with a witty, informative exploration of the vital topic of copies, pastiche and fakes – the detection of which is so important for everyone.

A new attribution can enrich a known aspect of a master’s corpus or establish a reference point for a less well-known facet of his career, supplying the connecting link between components of a style or development phases shaped, for example, by journeys or encounters. The connoisseur’s mode of operation is distinctively dynamic and creative, and he or she may hesitate to pin down the contours of an individual style or immediately to distinguish between an artist and teacher, collaborator or their relations. Connoisseurship works progressively, making adjustments as it goes, which ensures it avoids rigidity of outlook.

Finally, of course, adding together all these individuals and classifying them in schools (by identifying their centres and networks) and in time (in periods and trends), connecting them and arranging them in hierarchies, establishes the historical and geographic frameworks of academic art history, its evolution driven by advances in connoisseurship.

The argument is inspiring, the breadth of vision and clarity of language the very opposite of abstruse theorising. At a time when some are looking to image-recognition algorithms for insight, this book, by no means a formulaic instruction manual but an intellectual guide, reminds us very acutely that identity encompasses diversity, placing thinking at the heart of attribution.

• Cécile Scailliérez is a curator in the Musée du Louvre’s Department of Paintings, in charge of 16th-century French, Dutch and Germanic paintings