The fraught history of voting transparency in the US, explored

A show at the Corning Museum reveals how corruption and intimidation have historically suppressed the votes of non-white, non-male demographics as US presidential election results remain in flux 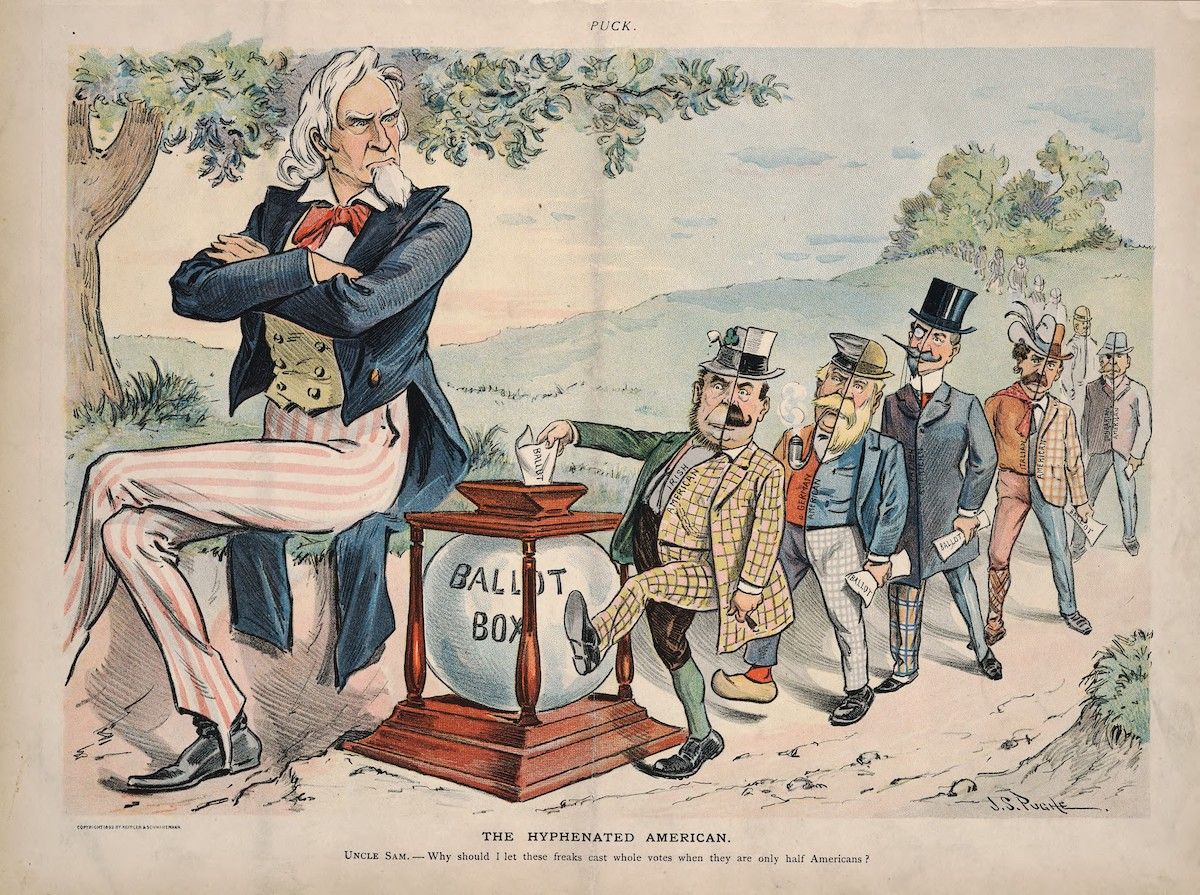 As incumbent president Donald Trump continues to make baseless claims of voter fraud in the still-undecided presidential election and falsely announces his victory as some states are still counting ballots, an exhibition at the Corning Museum of Glass in New York explores issues surrounding a core democratic value: the transparency of the voting process.

At the centre of the show Transparent: Voting in America (until 31 March 2021) is a glass ballot box dated around 1884. The invention was introduced in the 1850s and intended to curb widespread political corruption in the US, and to provide citizens with confidence that each vote would be counted. 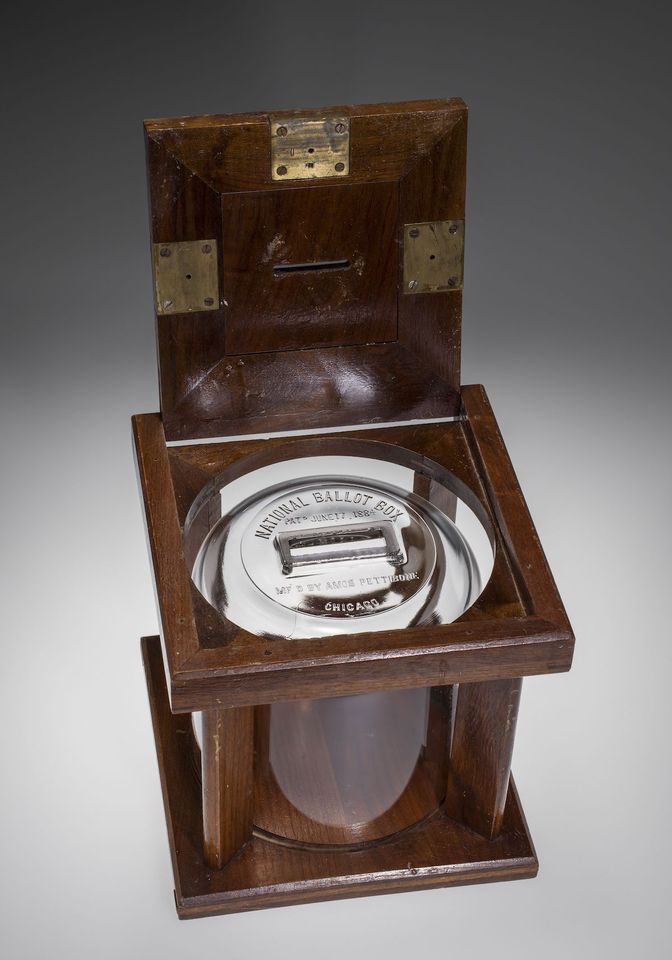 Seemingly archaic to modern voters, this relic still holds a tragic resonance with the issues US citizens continue to face during the election process. The object urges viewers to consider how “threats to transparency are still coming from all quarters”, says Marvin Bolt, the museum’s curator of science and technology.

The show also features a series of antique and vintage cartoons that illustrate the “diverse historical examples opposing election transparency”, which aim to “encourage visitors to critically examine and analyse contemporary behaviours and claims”, Bolt says.

The illustrations show both the influence of corruption and the impact of fraud in the election process and also underscore how voting requirements and intimidation have historically suppressed the votes of non-white and non-male demographics—a pertinent issue as the Trump administration is accused of suppressing votes under the guise of revealing voter fraud. 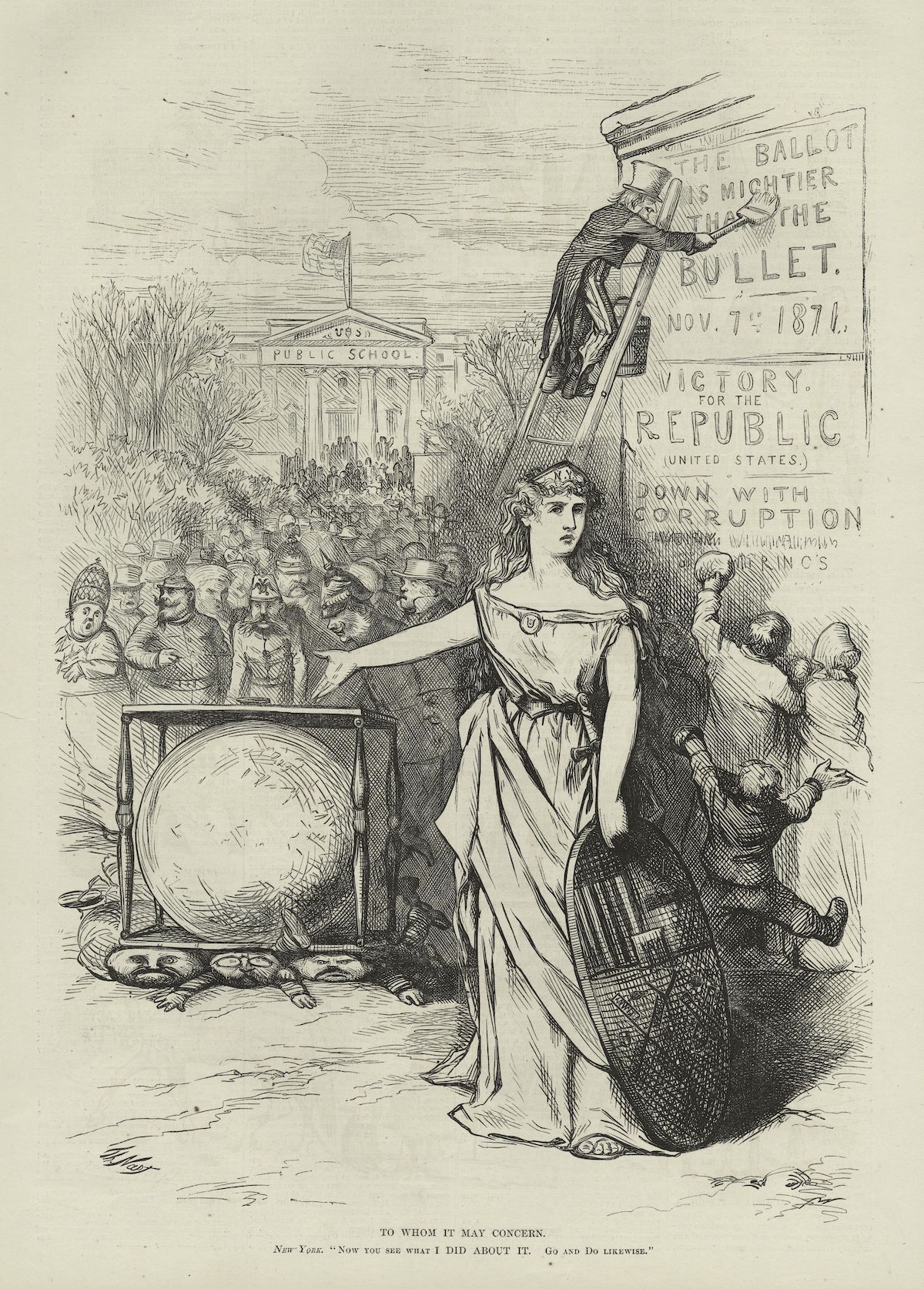 Thomas Nast, To whom it may concern, from Harpers Weekly, December 2, 1871 Courtesy Princeton University Library

Among the illustrations, an 1871 activist cartoon shows an Indigenous person being expelled from a polling site, addressing the dark truth that Indigenous communities did not gain voting rights until 1958, while other illustrations show the plight of the suffragettes and the opposition of granting voting rights to Black citizens.

“At the heart of the free democratic society is confidence that the entire process of an election reflects the will of the people,” Bolt says. “Threats—or even allegations of threats—to transparency diminishes confidence in the legitimacy of election results, and, when scaled up, these intimidations jeopardise the existence of a free society.”