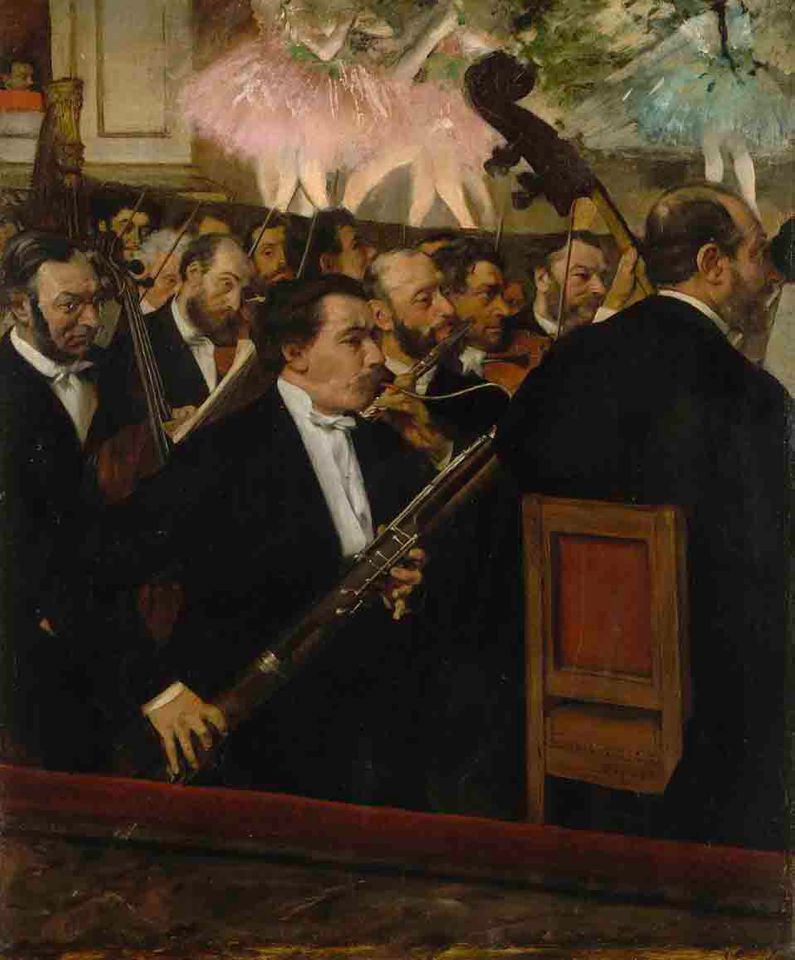 Edgar Degas, The Orchestra of the Opéra (1870) Courtesy of the Musée d’Orsay, Paris

Edgar Degas’ portrayals of ballet dancers are so widely reproduced as to have become his trademark. What the ubiquity of these images does not account for is his love and knowledge of the music to which the powdery pink ballerinas danced and the theatre in which the ballets took place—now the Opéra Garnier, Paris.

To mark the 350th anniversary of Louis XIV’s foundation of the Académie de l’Opéra, the original institution of today’s Paris opera, Henri Loyrette, the former director of the Louvre and a scholar of 19th-century French art, has edited and written several of the entries in this catalogue. It accompanied the exhibition which accompanied the exhibition Degas at the Opera at the Musée d’Orsay (24 September 2019-19 January 2020) and which travelled to the National Gallery of Art in Washington, DC, and opened on 1 March (the show is currently closed because of Covid-19) .

The book makes the point about Degas’s preoccupation with the opera with 100 examples of his drawings, pastels, prints, paintings and sculpture, showing the artists visual explorations through multiple viewpoints; contrasts of lighting; and studies of movement of the Opéra auditorium—from the foyer and stage, to the boxes, the studios and behind the scenes.

The great flaw of this book is its design. As if language is insufficient and as if readers need typographical entertainment in addition to information, the essays are randomly printed in sans serif bold on grey pages or serif blue on white. No explanation is given for this distracting and infuriating eccentricity, yet a substantial “Note to the reader” explains the pseudo-scholarly variant historical spellings of the artist’s surname (Degas, De Gas, de Gas) and how they are used throughout. A triumph of form over substance and the uglification of what could otherwise have been a fine book.