From abolitionist films to historical tapestries, the effects of summer 2020's protests can be felt in the Scottish capital 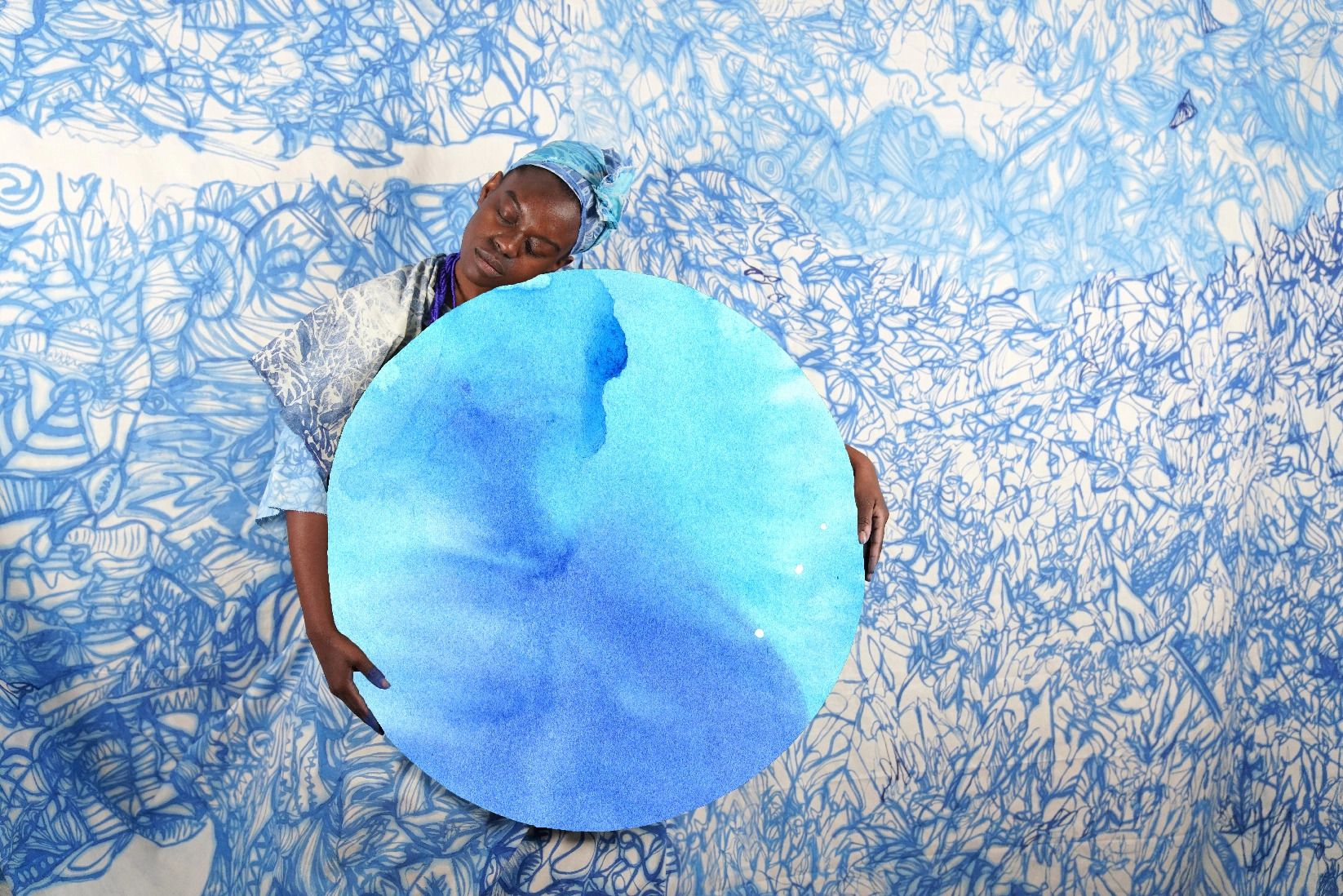 Sekai Machache's The Divine Sky (2020) Courtesy of the artist

The Black Lives Matter movement continues to resonate strongly over this weekend's post-Covid opening of Edinburgh Art Festival (EAF), which featured the European premiere of a film celebrating former enslaved person and 19th-century abolitionist campaigner Frederick Douglass, as well as new works from artists of African and Caribbean origin.

At the same time the festival and its summer partner shows offered new showcases for familiar Scottish names, from Turner Prize nominee Karla Black and the 20th-century "concrete poet" Ian Hamilton Finlay to the tapestry artist Archie Brennan, celebrated at the Dovecot Studios. 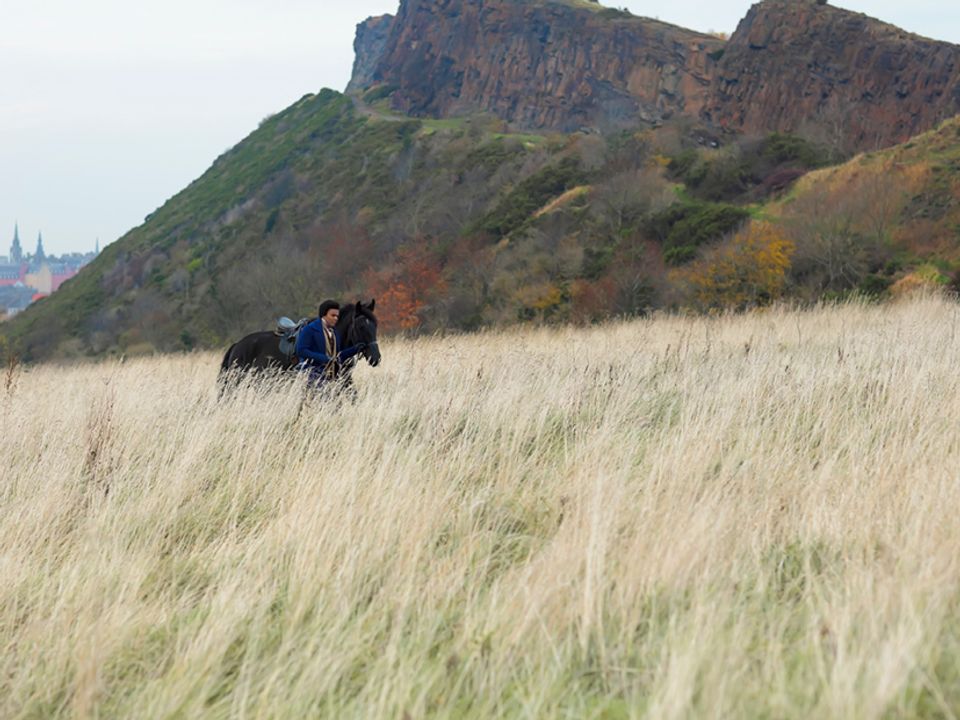 “There are still Black people in the world who are struggling to be seen as human,” the US-based British artist Isaac Julien said at the launch of his 10-screen film Lessons of the Hour in its European premiere at the Scottish National Gallery of Modern Art. Julien, represented by Victoria Miro, says the piece has been bought by a US museum.

The film depicts Douglass's first visit to Scotland in 1846, during which he took his new last name from a character of Sir Walter Scott. In the work, Douglass strides out as a free man in the countryside around Edinburgh, his clothes as lush and colourful as the landscape, but offset by the swinging feet of a lynching victim and FBI drone footage of protests in Baltimore over the death of a Black man in a police arrest.

The Barbadian-Scottish artist Alberta Whittle, whose work promises self-compassion and care to battle “anti-Blackness”, shows a new film and installation work at Jupiter Artland, the sculpture park outside the city. “There has been a long erasure of work by Black artists in Scotland, who often ended moving south", she tells The Art Newspaper. “I’m one of the oldest Black artists I know and I’m 40. Where are the rest?” 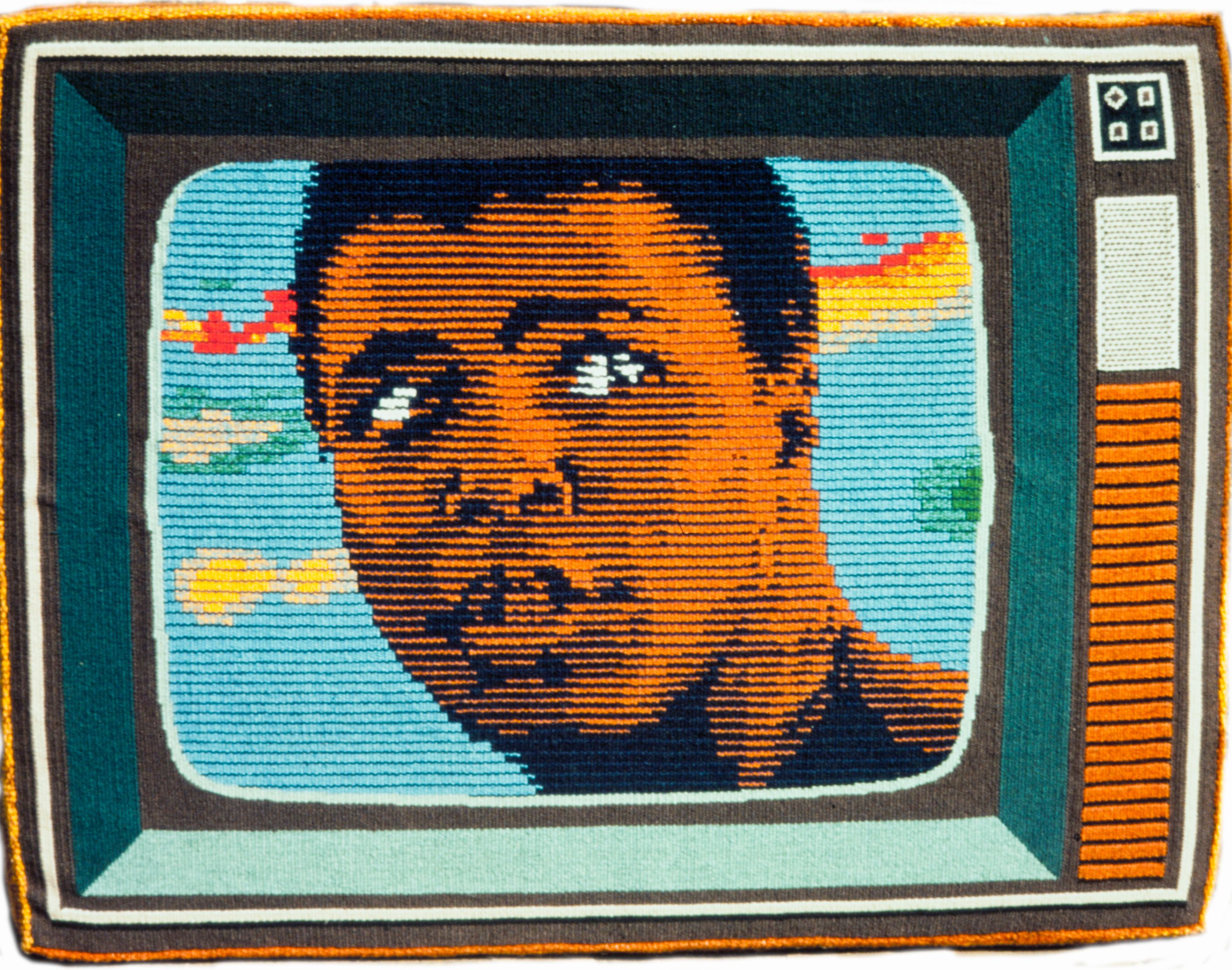 Nigerian sound artist Emeka Ogboh gathered citizens of the EU to sing Auld Lang Syne in their own languages as a moving Brexit lament at the Burns Monument near Scottish Parliament; Zimbabwean-Scottish artist Sekai Machache posed amid brilliant blue fabrics at Stills photography gallery; and the Ingleby Gallery devoted its main space to the small spherical paintings of Antiguan Frank Walter, arrayed like portholes on life.

Exactly what audiences EAF shows will draw this summer is an open question. The thousands of performers and shows in the Edinburgh Fringe are mostly missing, but staycationers could boost numbers. Scotland has yet to fully open up after lockdown, with more easing expected on 9 August. Several shows were first slated for the cancelled 2020 festival.

In the best of Edinburgh spirits, the EAF is a study in contrasts. Tapestry Goes Pop! at the Dovecot celebrates the work of veteran weaver Archie Brennan, who died in 2019, from trompe-l’oeil works to Pop Art portraits of Mohammed Ali. A tapestry from a painting by Joan Eardley, by weaver Naomi Robertson, was part of a show of Eardley’s landscapes, tenements and street urchins at the Scottish Gallery, the country’s oldest private gallery. 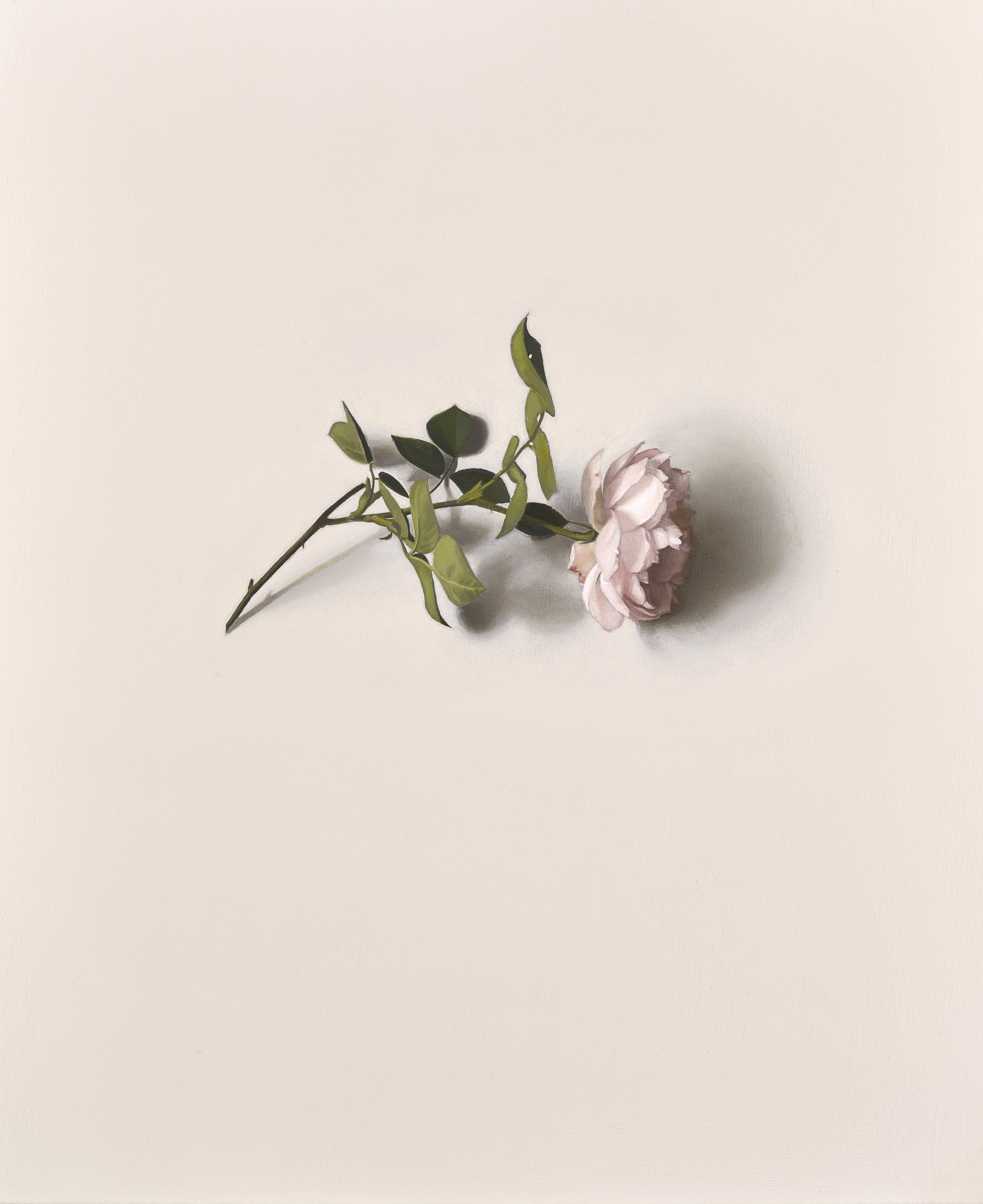 Karla Black’s preternaturally flimsy sculptures with new large-scale installations spread across the floors of the newly extended Fruitmarket Gallery. Another highlight was Marine, a two-floor homage to the work of Scotland’s Ian Hamilton Finlay, around his favourite subjects of boats and battleships, by the former bane of the Scottish art establishment.

New work by the painter Alison Watt, in A Portrait without Likeness will be a major draw at the Scottish National Portrait Gallery. The artist has used paintings by Scottish portraitist Allan Ramsey of female sitters to inspire paintings of delicately shaded roses, ribbons, lace, and quills. At the Edinburgh Sculpture Workshop, the artist Andrew Gannon’s Eccentric Limb showed pool noodles protruding from plaster casts of his arm: a pointed and funny display from an artist who has a prosthetic lower arm.