From 5,000 years of Iranian art and culture to Black female resistance and the domestic sphere

This multimedia group show of work by ten artists offers an expansive definition of "home" and rethinks the private domestic sphere as an unlikely site of political resistance. In many instances, we are invited to reconsider familial and bodily boundaries, such as in Patty Chang's dual screen 2001 video In Love. On either screen the artist is seen lengthily kissing each of her parents, an action that is reframed after a raw onion emerges and then reforms from their conjoined mouths, revealing the video to be playing backwards. Initially eliciting revulsion, it soon draws parallels to the pre-modern mastication of food for an infant and suggests that care operates in many forms.

The show takes its inspiration from a 1986 essay by the Black feminist academic bell hooks, which posits the home as a space apart from, and opposed to, the extractive brutalities of white patriarchal capitalism. Returning home to our communities and loved ones, hooks argues, is an act of defiance. And healing may be the most powerful gesture in the struggle for liberation. Considering one's skin as "homeplace", Rhea Dillon shows a looping video of warm, fuzzy colours that is soundtracked to audio clips of her Black female and femme friends (including fellow artist Kandis Williams) pondering what it means to be brown in colour and Black in existence. A second film work by Larry Achiampong, Reliquary 2, animates a boy in a scuba suit who walks along a backdrop of England’s south coast. Created in 2020, when the artist was forced to temporarily separate from his immunocompromised partner and their children, it reframes a father's physical distance as an act of care and sacrifice. It ends, fittingly, with its male narrator resolving to protect and uphold Black women, upon whose theories, generosity and leadership so many ongoing resistance movements are indebted.

• A portion of proceeds from all sales will be donated to Herbal Mutual Aid Network, a grassroots organisation providing free plant-based care for Black people seeking support due to the ongoing crisis of racial violence and injustice. Epic by name and epic by nature, this exhibition covers an ambitious 5,000 years of Iranian history through more than 300 objects. Starting in 3,200BC, the show explores the varied landscape of Iran before moving on to early Persian civilisations, the Persian Empire, and later Sassanid rule and Zoroastrianism. Another section looks at the emergence and establishment of Islam following the Arab conquest in the mid-seventh century.

Many key works are on loan from the private Sarikhani Collection, based in Oxfordshire, including an illuminated manuscript of the Shahnameh for Shah Tahmasp, 1525-35. Notably, none of the works have come from Iranian institutions. The final section is a “greatest hits” of Iranian contemporary art, featuring works by Farhad Moshiri, Mitra Tabrizian and Shadi Ghadirian whose Qajar images replicate the settings and traditional costumes of Iran from more than a century ago. Contemporary props used by the photographer such as a stereo boom box, sunglasses and a can of Pepsi bring the Qajar works firmly into the 21st century however. 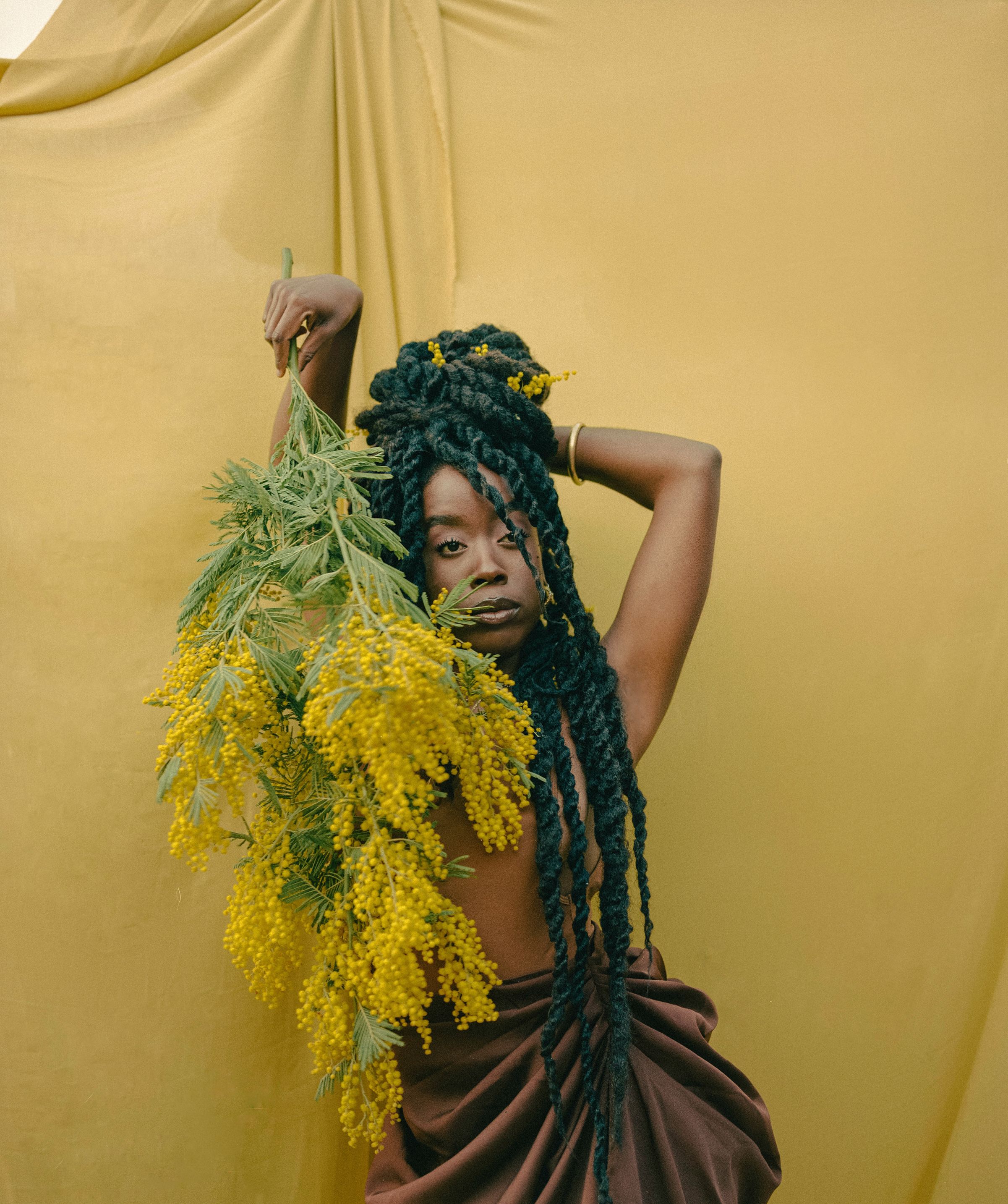 Christina Nwabugo's Self Portrait (2021) Courtesy of the artist and HOME

The Self Portrait is both a direct and provocative title for this group show of new and original works by 13 British, Black and female photographers. Curated by the London-based photographer Ronan Mckenzie at HOME, a new art space that Mckenzie has founded in North London, the show revolves around the self portraiture created by a new vanguard of Black artists. Many of the images on show were taken during lockdown, before and after the death of George Floyd. The images seek, through self-observation, to explore the artists’ own sense of representation at a time when such issues have been catapulted to the centre of institutional consciousness. “External and societal pressures,” Mckenzie says, “situate Black women in a continual process of being switched on—aware of the expectations, judgements and connotations placed upon us by the outside world.”

The show opens with a self-portrait by Adama Jalloh, the Peckham-based British-Sierra Leonean photographer now widely known for monochrome photographs of her community taken on South London’s streets. Here, she stands poised over her photographic equipment, exploring how the camera, and the act of taking photographs, has formed her identity. Mckenzie, who also contributes a work to the show, says that she founded HOME to counter what she considers to be structural resistance to true diversity in London’s art institutions.

• The Self Portrait can be viewed online.