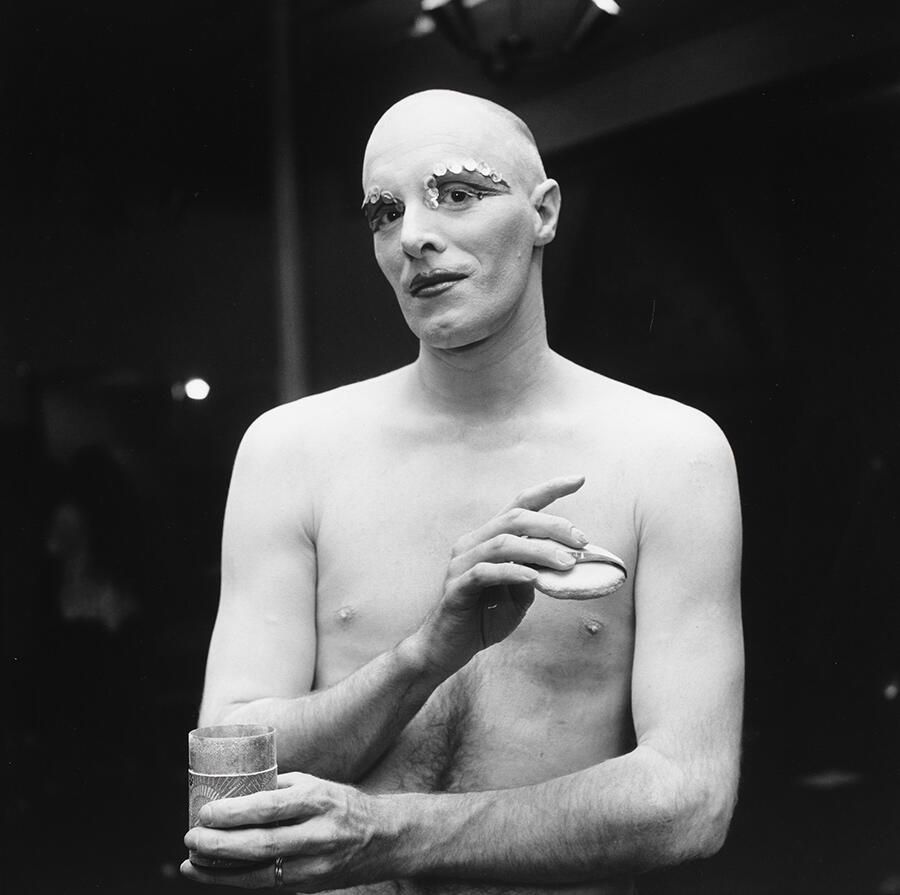 For almost 20 years, Peter Hujar photographed the nocturnal drag movement of New York City—what might be seen as a precursor to the non-binary activist movement of today. This work, which could not be more current, has finally goes on show at Maureen Paley. Hujar left his abusive New Jersey home at 16 to live with his English teacher, Daisy Aldan, who encouraged him to seriously pursue photography. He became a student of denizens such as Diane Arbus, and, between 1970 to 1987, immersed himself in the city's wildly creative drag scene, which remained at the margins of New York’s artistic society. Hujar was hellbent on capturing how this emergent art form was able to reinvent gender beyond female impersonation, employing an improvisational style of performance that worked in the lineage of ancient Greek theatre, European Surrealism and Hollywood musicals. His images reflect the layers and multivalencies incumbent in drag; here, artifice, fashion, narrative and gender are held high by the clarifying and combinational power of still photography. John Akomfrah, the 64-year-old British artist of Ghanaian descent, has made a career, and been awarded a CBE, for his ability to create impressionist meditations using video and photography. But, after decades in the game, this may be his crowning moment. At Lisson Gallery, Akomfrah is showing Four Nocturnes for the first time in the city he calls home; a three-screen video installation he first premiered at the acclaimed Ghanaian Pavilion during the 2019 Venice Biennale. Spanning 50 minutes, Four Nocturnes is perhaps Akomfrah’s best articulation of the themes that have driven his career: our relationship to nature, the driving forces of migration (human and animal), and the hidden, abstracted histories of colonialism, slavery and social injustice.

Alongside Four Nocturnes, Akomfrah shows for the first time a series of new photo-text works. Titled Our Skin is a Monument, the images were created over the past year, responding directly to the protests that took place in the wake of the murder of George Floyd, in the shadow of the pandemic, and whilst former US president Donald Trump sought re-election in America with the most racially-divisive political campaign in recent Western memory. This photography might be called iconoclastic, focusing coolly on the depiction of people of colour, made eternal in the white marble of imperialist monuments and sculptures across London, such as the Albert Memorial in London’s Kensington Gardens. Almost a year since a statue of Edward Colston met its end in Bristol, Akomfrah’s images could not be more pressing. 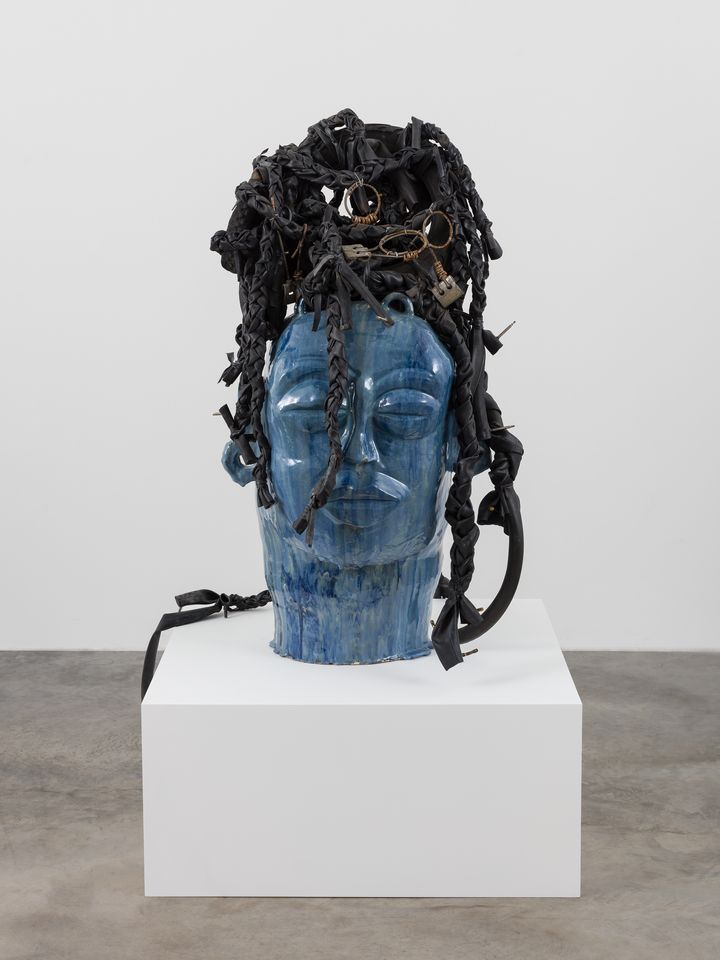 The artist Leilah Babirye was forced to flee her native Uganda after being outed as a lesbian by the local press in 2015. Her first European solo show brings together a range of ceramic, wood and found object sculptures of semi-abstracted masks, busts and figures that bear weathered surfaces and draw from a range of African and European artistic traditions. The largest of these to date, a totemic 13-ft-tall blue ceramic work, stands in the garden of Stephen Friedman Gallery. Based around the royal families of Uganda, most of the show's sculptures are named after various queen mothers who historically held dominant positions in society. Donning gender-bending beards and ornaments typically associated with trans femme groups, the works are resolutely queer and celebrate kinship among the kuchu community, a “secret Lugandan word”, Babirye says, that LGBTQ people use to refer to one another. Much of the work is composed from debris that Babirye scavenges from the streets of New York, such as bicycle tires that she braids into hair, or discarded chains and tin cans that she welds and hammers into earrings. Beyond giving the work a rough, industrial materiality, the choice of repurposing waste has a deeper symbolic resonance. In Luganda, a common pejorative slang for gay people is ebisiyaga (trash).

• Read our full interview with the artist here.