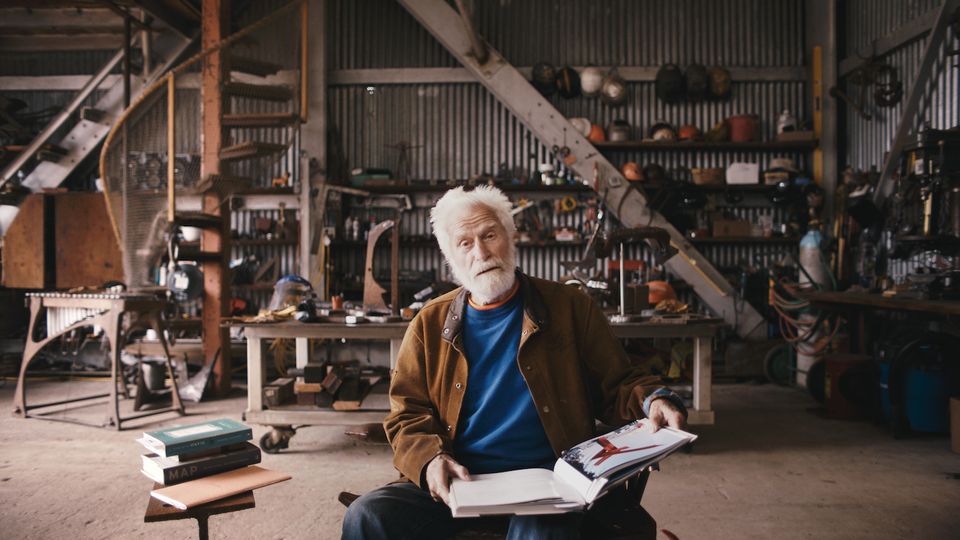 In celebration of national poetry month, the artist Mark di Suvero has been recorded in his Queens studio reading a series of eight poems that have inspired his monumental sculptures. The project was launched by the Tippet Rise Art Center, the sprawling arts and classical music centre in Montana founded by the pianist, photographer and poet Peter Halstead and his wife, the abstract painter and philanthropist Cathy Halstead, where where Di Suvero has two large-scale works. The poems—ranging from Friedrich Hölderlin’s All the Fruit, which Di Suvero says references a variety of his rhythmic anti-gravity works, to Hadewijch’s All Things Confine, which accompanies his 1990 sculpture L'Allumé—“slyly suggest answers without exactly providing them”, Halstead says. The arts centre also offers a series of films on its website and YouTube channel, where viewers can virtually immerse themselves in its offerings of art, nature and classical music.

The Met Breuer was forced to close just one week after it premiered its final exhibition, a retrospective devoted to the German painter Gerhard Richter that spanned more than 100 works and six decades of his career. While the mesmeric show Gerhard Richter: Painting After All is still available to view online—albeit as a lesser experience than viewing the works in-person—the Met is complementing their Richter offerings by streaming the 2009 documentary Gerhard Richter Painting on its website, in which viewers can follow the artist in his Cologne studio and see historical interviews and other rare footage of Richter at work. The documentary will be available to stream from 11 April until early July.

The Congolese choreographer and dancer Faustin Linyekula moves and shifts around an empty space—the cavernous Tanks at the Tate Modern—in his performance entitled My Body, My Archives (2020) that draws upon his personal history growing up in Africa. The performance, part of the annual BMW Tate Live Exhibition, was never shown to an audience, as the Tate Modern closed in mid-March due to the coronavirus (Covid-19) pandemic, but has been made available to view online. Linyekula and his collaborators, Okwui Okpokwasili and Tanya Lukin Linklater, executed the piece after only a few hours of rehearsals. The performance seems especially poignant in the deserted venue; towards the end, a ghostly figure daubed in white paint sways under a solitary lightbulb, a fitting symbol for our current existence in isolation.

Metro Pictures has launched an “online film festival”, in which it will present an eclectic selection of full-length films or series of shorts each weekend that can be streamed via Vimeo from Friday afternoon until Sunday at midnight. The project premiered last weekend with the 2011 film Le songe de Poliphile by the French artist Camille Henrot—an early work commissioned by the Centre Pompidou in 2009 that has not been widely-exhibited—and this weekend will feature a series of Super 8 films by the minimalist American artist B. Wurtz mostly made between 1979 and 1980. Viewers can see the full line-up, which has been scheduled until June, on the gallery’s website.

The Castello di Rivoli art centre in Turin has gathered some exceptional gems for its digital cosmos online programme, which includes works specifically intended to be experienced online, according to the director Carolyn Christov-Bakargiev. The Italian sculptor Giuseppe Penone, for example, has created a series of films that have not been shown in a gallery space and that are not made for gallery-viewing. “He thinks of them as poetic gestures,” Christov-Bakargiev says. Penone’s meditative video Ephemeris (Eyelid) (2016) shows the artist caking his eyes with damp soil. Films by Ed Atkins, Jordan Wolfson and Francis Alÿs are also worth watching on lockdown, while William Kentridge’s video series, Drawing Lessons and What to Do Alone with Oneself (Artwork), shows the South African artist happily devising and developing his complex mechanical structures.