From picture frames to cloakrooms: what makes a successful museum 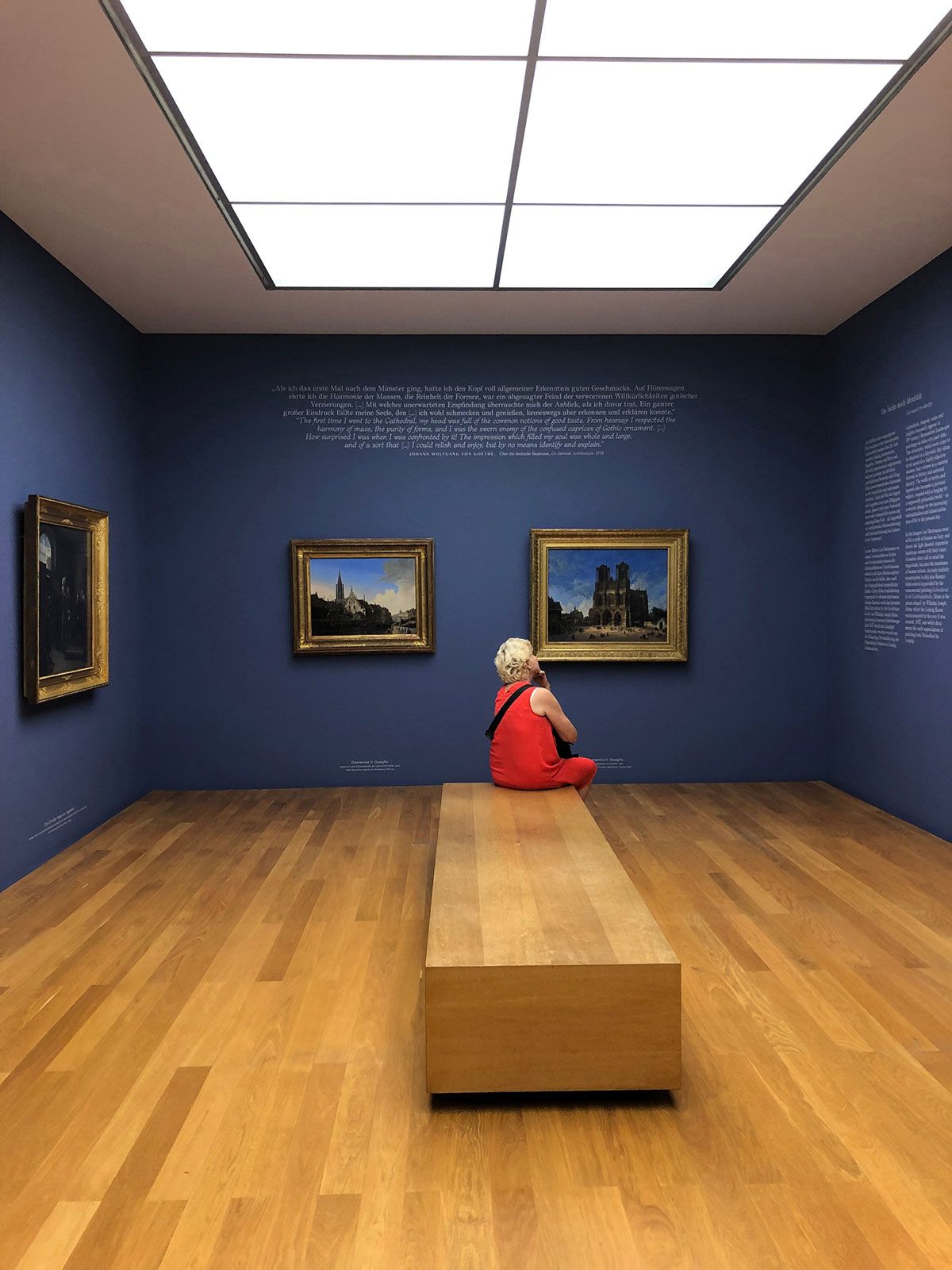 Dinah Casson has been the most successful museum designer in Britain, responsible for the re-display of the British Galleries at the Victoria and Albert Museum (V&A), the biggest and most ambitious gallery project financed by the Heritage Lottery Fund and itself already the subject of a handsome book.

Having recently decided to step down from running Casson Mann, the firm which she and her professional partner, Roger Mann, founded, she decided to write a set of wide-ranging ruminations about the nature and characteristics of museums—problems and issues not so much of design, but of how museums present themselves, things that the visitor may not have thought about, but which are subliminally important in shaping their experience.

Her tone of voice and attitude to the topic of museums is quizzical, well-informed, non-specialist, but most of all critical, interested much more in the experience of the visitor than in what the curator thinks or, for that matter, in the objects displayed. Her interest is in how collections are displayed to best effect, so that they can be properly enjoyed and understood.

She starts with windows. I know only too well that these can be a touchstone of dispute between architects and curators having inherited, when I went to the National Gallery as its director, a long-running argument between the gallery and Bob Venturi and Denise Scott-Brown as to whether or not there should be a big window at the end of the long vista down the middle of the Sainsbury Wing.

They felt that the public wanted to be able to see out, to know where they were, and to understand the nature of the relationship of the pictures to the outside world, even though the view out would have been nothing more than a view across the road to the unprepossessing side of Robert Smirke’s Canada House. But the curators were equally adamant that it was a picture gallery: a big window would prevent a big picture hanging triumphantly at the end of the enfilade. It was a total clash of world view.

The next issue she tackles concerns frames. As she correctly points out, frames determine how people look at paintings. But museums mostly pretend that they do not exist, although for a short while the National Gallery included information about frames in small print on its labels and the National Portrait Gallery has a whole section of its website devoted to “The Art of the Picture Frame”, compiled by Jacob Simon, its former chief curator.

Here Casson’s thoughts are a touch rambling. I suspect she would prefer museums to dispense with frames altogether, as she did in the British Galleries at the V&A, but is too cautious to say so definitively, even though there is good precedent for it in the work not only of Carlo Scarpa, but also Lina Bo Bardi.

Part of the success of the Mario Testino exhibition at the National Portrait Gallery was that Patrick Kinmonth showed the work large-scale, mounted straight on the wall, replicating the experience of leafing through magazine, instead of going to an art gallery. So, maybe there is a case for more frequent de-framing.

Her chapter on Coat Checks is wilfully short, not much more than reference to what was clearly a brilliant and beautiful way of dealing with how to check one’s belongings at the Ethnological Museum in Dahlem, southwest of Berlin, where visitors were asked to instal their coats, hats and bags in display cases as if they were themselves ethnographic specimens. So simple a device, so wonderfully eloquent a way of getting visitors to participate in the activity of the museum. I wish I had done it myself.

On copies, she writes well, helped by the fact that she was responsible for the installation and interpretation of what she calls “Lascaux 4”. Everyone appears perfectly to accept that where the original work of art is necessarily inaccessible, as at the caves of Lascaux, a facsimile in the original location works as a perfectly legitimate substitute: it is all that is available.

Likewise, the facsimile of Veronese’s Wedding Feast at Cana (1563) in the refectory of the monastery of San Giorgio Maggiore makes it possible to understand the character of the picture in its original location. We do not mind when the Queen’s Gallery shows facsimiles of their Leonardo drawings because the originals are too delicate to leave out. These are complex and important issues about the role of the facsimile that Casson deals with helpful straightforwardness.

On the writing of museum texts, she knows that these now occupy a disproportionate amount of care and attention in museums. They used to be written by curators who would have a tendency to write them using their own specialist language and reflecting their own specialist interests. Now there are whole departments in museums devoted to interpretation. I was sorry that she did not make reference to James Bradburne’s experiments in display and interpretation at the Brera Gallery in Milan. He oversees the displays himself; the labels are much larger than normal; and some of them are written by well-known writers so that the nature of the authorship is understood. But art museums tend to resist large-type labels because they are felt to interfere with the more purely visual experience of the painting.

Casson’s final chapter is about the nature and character of collections and the fact that the museums that most people really love and remember are not the ones that are laid out most systematically and follow all the rules of best museological practice, but the ones which are most idiosyncratic. She picks out both the Sir John Soane's Museum and the Pitt Rivers Museum, which are already well familiar, but also two Italian examples—the Fondazione Museo Ettore Guatelli, outside Parma, and the Cava Museo Fantiscritti in Carrara—which demonstrate that the expression of personality is often more powerful than rational order.

Just as museum collections are best when they are strong expressions of personality, so this book is good precisely because it is not a set of lessons, but a sequence of meditations on what works well in museums, which does not add up to a set of prescriptions, but more acts as an encouragement to museum-goers to think carefully about the nature of what is presented and the ideas which have gone into it.

• Charles Saumarez Smith is chairman of the Royal Drawing School. His book The Art Museum in Modern Times will be published by Thames & Hudson in March 2021