Image and impotency: book reveals the palaces and pictures of some particularly hapless Habsburgs 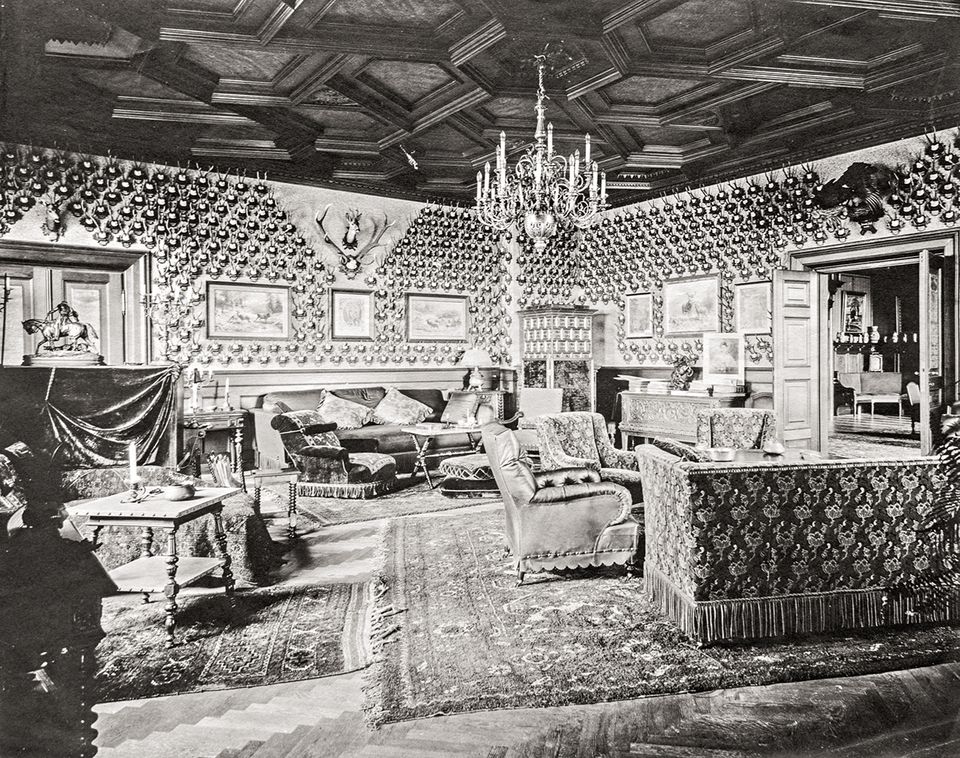 One of Vienna’s lesser-known museums is the Hofmobiliendepot (Imperial furniture collection), founded by Empress Maria Theresa in 1747 to supervise her palaces’ furnishings. Occupying a warehouse on Mariahilfer Strasse since 1901, it includes 165,000 objects. This volume is the latest manifestation of the institution’s research programme. Its title, which might be translated as “image and (im)potency”, indicates that the three princes, whose residences it surveys, never exercised real power. That was the monopoly of Emperor Franz Josef who reigned from 1848 to 1916. His younger brother, Archduke Ferdinand Maximilian, was executed at Querétaro in 1867, aged 34, having unwisely accepted the imperial Mexican crown in 1864; his son, Crown Prince Rudolf, committed suicide at Mayerling in 1889, aged 31; and Archduke Franz Ferdinand, a nephew and prospective successor, was famously assassinated at Sarajevo in 1914, aged 50.

Three truncated lives, then, but what energy in building, decoration and accumulation. Although the emphasis is on interiors, architecture is analysed and gardens are a special focus. Miramare, Maximilian’s castle near Trieste, is familiar, its designers including Julius Hofmann, who later worked for Ludwig II of Bavaria. Remarkably, Maximilian planned a museum there, incorporating Mexican antiquities and a hall with busts of himself and his wife as Emperor and Empress. In 1866, at his residence of Chatultepec (with Christofle silver from Paris and Minton porcelain from London), Maximilian composed specifications for this pipe dream. Less well known are Miramare’s predecessor, the rented Villa Lazarovich in Trieste, shown in gaudy watercolours, some uninhibitedly oriental, by the obscure Germano Prosdocimi, and Maximilian’s plans to transform a Benedictine monastery on the Dalmatian island of Lokrum into an imperial palace, its hall with a marble fountain and oriental arms, divans and carpets, again specified from Mexico.

Maximilian’s nephew, Crown Prince Rudolf, occupied apartments in the Hofburg in Vienna from 1875 and in Prague Castle from 1878, both enlarged on his marriage to Princess Stéphanie of Belgium in 1881. The Hofburg’s dining room panelling incorporated 12 portraits of Habsburg emperors. From 1885 a Turkish room echoed an Egyptian smoking room in Prague, presented in 1881 by the Austro-Hungarian community in Cairo. An 1884 plan positions all the furniture in the 15-room enfilade. Rudolf was a published ornithologist: his modest rooms in Schloss Mürzsteg, built for his father in around 1870, included his competent watercolour of snipe, painted when he was 14. A keen shot, he purchased Mayerling, close to Vienna, in 1886. This was converted for shooting parties, when a gypsy orchestra might play during dinner. After the prince’s 1889 suicide (the cleaning and masking of blood stains is described), Mayerling became a convent.

Rudolf’s first cousin, Franz Ferdinand, was longer lived by 20 years and his building activity was greater, especially as Franz Josef’s heir (after the death of his father, Franz Josef’s middle brother, in 1896). In 1875 his distant cousin and namesake, Archduke Franz Ferdinand, Fifth Duke of Modena, left him the Este possessions in Italy, Vienna and Bohemia, including Schloss Chlu­metz, a secondary seat enlarged and made grander from 1900. He purchased his principal country seat, Konopiště, south of Prague, in 1887. It housed the Este collection of paintings, arms and armour, tapestries, furniture, including three scagliola (not pietra dura) cabinets signed “Giov. Leone 1681”, and sculpture, some from the Villa Catajo near Padua. But game trophies dominate: the Krickelsalon displayed 1,073 chamois heads in grids and the basement housed a mechanised shooting gallery. In 1899 Franz Ferdinand moved into Prince Eugene of Savoy’s Belvedere in Vienna. Modernisation, including electricity and a lift, accompanied redecoration in the Baroque style, incorporating superb gilt tables identified as from Prince Eugene’s winter palace in the Himmelpfortgasse.

Many properties incorporated earlier works: a signal instance is Schloss Eckartsau, between Vienna and Bratislava, designed for Graf Kinsky, chancellor of Bohemia, by both Fischer von Erlach and Lukas von Hildebrandt, where early 18th-century wall hangings and furniture, including two state beds, survived, to be supplemented, appropriately, by furniture from Prince Eugene’s nearby Schloss Hof, converted to military usage in 1898. Poignantly, Eckartsau was, in 1919, the final residence of the last Habsburg emperor, Karl, whose widow, Zita, survived until 1989. Despite fire and looting by both locals and Soviet troops, and a dormant period as forestry offices, Eckartsau has been restored and is now accessible.

Throughout the book, costed details specify architects, builders, artists, craftsmen and garden designers, and the international art and antique dealers who contributed to the atmosphere evoked in historic photographs; an appendix, enlivened by illustrations of estimates and bills, lists them all. The scale and density of information is daunting—recitals of contents derived from inventories make for longueurs—but there are delicious morsels throughout, and the whole constitutes bedrock history, from Maximilian’s Swiss chalet near Schönbrunn, projected when he was 17, to the combined pony stable and car garage, equally rustic, which Franz Ferdinand built at Schloss Blühnbach, near Salzburg, in 1913. Some may regard many of the ensembles so fully anatomised in Repräsentation und (Ohn)Macht as Ruritanian fantasies, but its heroic groundwork must surely prompt more understanding and less condescension.