Helmut Newton, the man whom (some) women loved

A documentary of the photographer, known for his brazen photographs of defiant nude women, is now streaming online 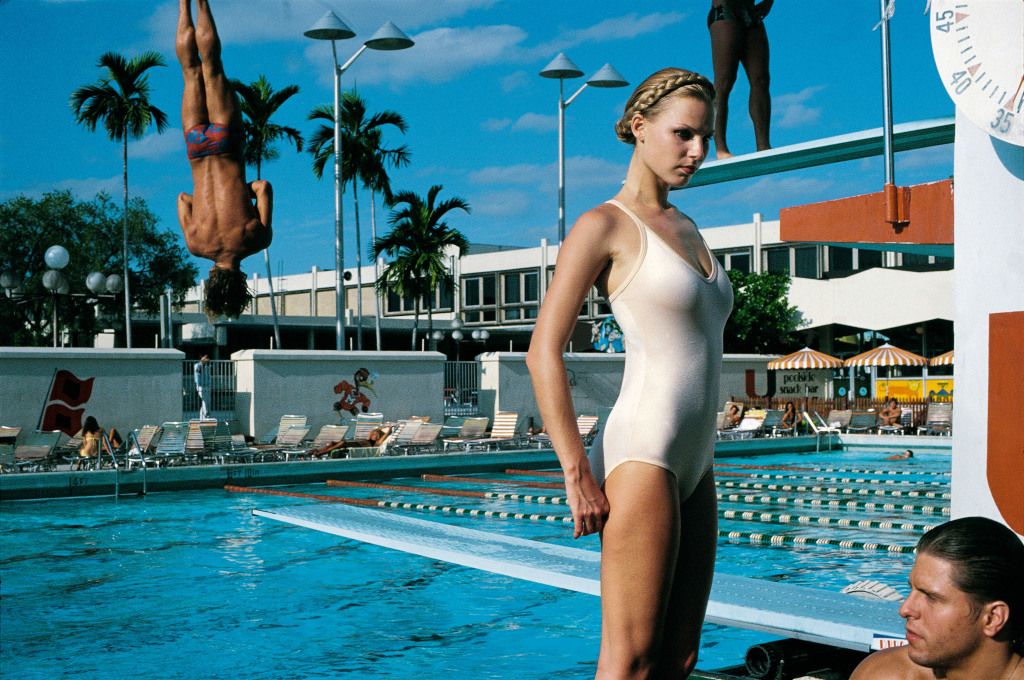 Helmut Newton: The Bad and the Beautiful, directed by Gero von Boehm, was meant to premier at the Tribeca Film Festival this spring, but since that was postponed, the documentary of photography’s enfant terrible is now having its debut online, streaming on New York Film Forum’s Virtual Cinema. For better or worse, the film—opening in the Me Too era like a time capsule of the male gaze on steroids—is evidence of Newton’s staying power.

Fittingly, in the film we do not hear from Newton’s photographer peers, but from the women who posed for him—such as the actors Charlotte Rampling, Grace Jones, Isabella Rossellini, Claudia Schiffer, and Hannah Schygulla. Each recalls how Newton empowered her to stand confidently, clothed or not, as he clicked encouragingly. Those endorsements can sound like a pep rally from another era, with cutaway shots to a blithe Newton savouring his 15 minutes—or rather five decades—as another twist on the myth of the man who only strives to please women rather than himself. What about the women who did not love him?

The documentary’s only dissenting voice is Susan Sontag, a guest along with Newton on the French literary television show, Apostrophes, in 1979. Speaking in French, Sontag calls Newton a misogynist who humiliates women. She repeats that charge after Newton grins mischievously and claims to love them. Calm and patiently insistent, Sontag says that she has heard similar things from men “who put women in humiliating pictures”. She would have much more company today.

We hear nothing more about Newton’s pictures from the author of On Photography, or from any other photography critics, in the film. The indifference seems to have been mutual, since Newton declared that he despised art and good taste—yet bad taste could bring out the artist in him. Phyllis Posnick, a Vogue editor, recalls requesting a photograph of a roast chicken. The result, after Newton massaged the cooked bird, is a trussed animal with its drumsticks stuck into tiny high heels, an image that evokes the Dadaism of 1920s Berlin, where Newton grew up.

The voluble Newton brags that his “bad” side got him into trouble as a Jewish teenager in Hitler’s Germany. The son of a bourgeois Jewish button-maker, Newton (Helmut Neustädter) says his father scorned his notion that photography could be more than a hobby.

An apprentice with the pioneering fashion photographer Else Ernestine Neuländer  or Yva (who died in a Nazi camp), he escaped Europe via Trieste, Italy, made it to Singapore, where he was hired and fired by the Straits Times and left to sink or swim as a gigolo, and then reached Australia, where he met his wife, June, a photographer who called herself Alice Springs.

Once back in Paris, he found his way into Vogue and a lifetime of work photographing women. Newton is shown towards the end in his life (he died in 2004, aged 83, after his Cadillac crashed into a wall on Sunset Boulevard in Los Angeles), interviewing a roomful of ingénue applicants, a jolly man who changed as little as the brazen pictures that made his name.