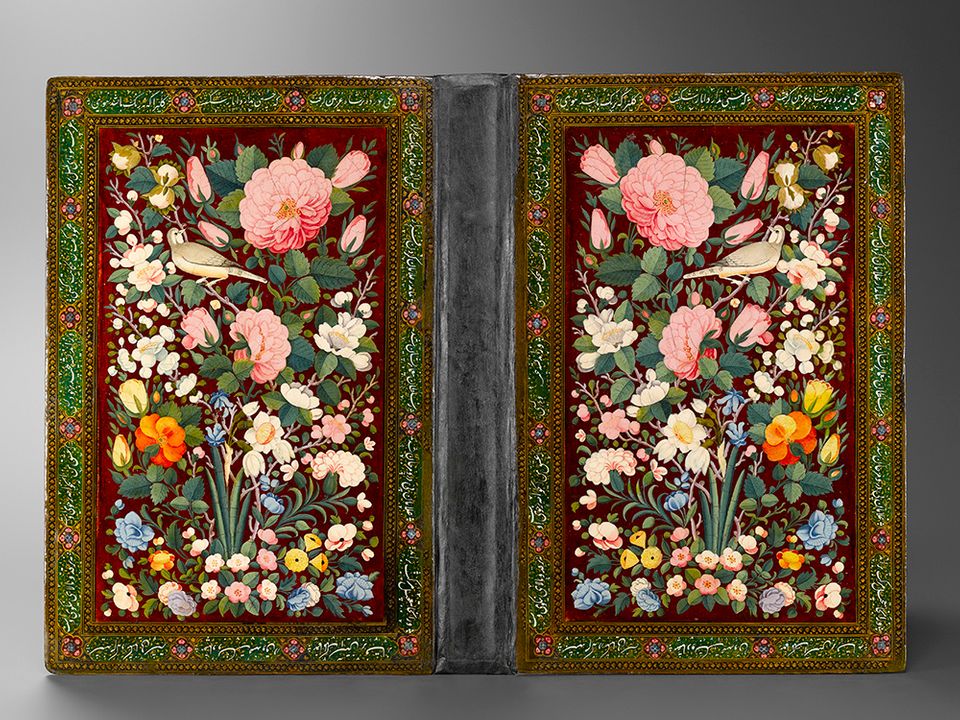 It is difficult to think of a darker period in recent Iranian history than the Qajar era (1785-1925), upon which the Aga Khan Museum in Toronto is shining a light in a new exhibition. Founded by a ruthless eunuch, Agha Mohammad Khan, who finally brought to an end a rivalry between warring Iranian tribes, the Qajar Dynasty saw a once-proud nation down on its knees.

Whereas previous monarchs like Shah Abbas and Nader Shah Afshar fervently fought to defend Iran’s territorial integrity and expand its borders, the Qajars not only lost much of Iran—e.g. Armenia, Georgia and Aran—in humiliating defeats against the Russians (most notably), but also brazenly granted monopolies over Iran’s natural resources (e.g. oil) and infrastructure to the British to finance their extravagant lifestyles.  With the nation reduced to a de facto colony of the Russians and the British, and with feckless rulers far more concerned with themselves than Iran, the likes of Cyrus the Great were doubtless rolling in their graves.

That is, however, only the political aspect of their rule. Outside the jewel-encrusted courts of the shahs and the abodes of aristocrats, Iranians on the whole were living in filth, squalor and ignorance. Disease and superstition were rife,  and the nation’s roads and caravanserais were largely in a state of disrepair.

In spite of the Qajars’ many misdeeds—including Prince Zell-ol-Soltan’s destruction of Esfahan’s priceless Safavid heritage—it must be admitted that, under their rule, Iran witnessed one of its most artistically adventurous and iconic epochs. In Transforming Traditions: The Arts of Nineteenth-Century Iran at the Aga Khan Museum, the curators Ulrike Al-Khamis and Bita Pourvash have presented a medley of artefacts from the period that underscore both the ingenuity of court artists and the marriage of Iranian traditions with European innovations and styles. “Some [objects] reflect a conscious revival of local traditions and convictions”, says Al-Khamis, “others an enthusiastic adaptation of state-of-the-art ideas and technologies”, and “many represent a successful fusion of tradition and the latest contemporary trends.” 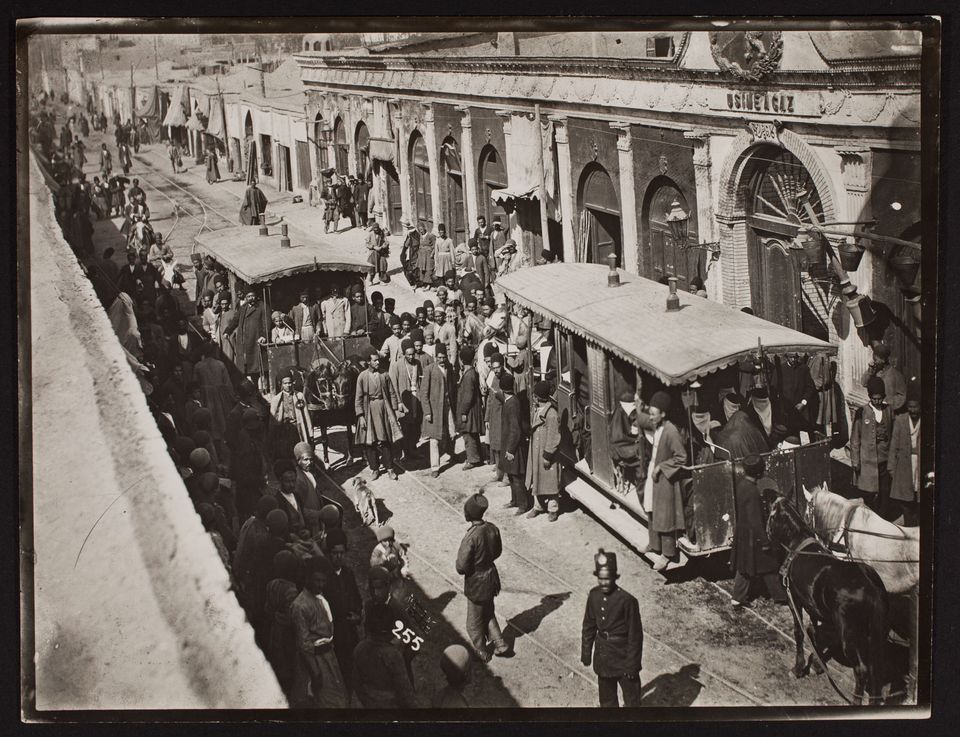 A series of photographs taken by Antoin Sevruguin (an Iranian of Armenian-Georgian descent) is an example of the adoption of such technologies, which monarchs like Nasereddin Shah famously liked to dabble with. Also of note is the use of the newfound medium of enamel on jewelled objects such as an ornate Order of the Lion and Sun and a few ghalyan (water pipe) heads. A number of lithographed copies of Persian classics like the Shahnameh (Book of Kings), as well as a window frame from Tehran exhibiting what Al-Khamis calls European motifs are also a case in point. The seamless merging of Iranian sensibilities with European aesthetics is particularly striking in the case of a copy of the 14th-century Gulshan-e Raz (Garden of Mystery) featuring a European-style portrait of Nasereddin Shah on its cover. 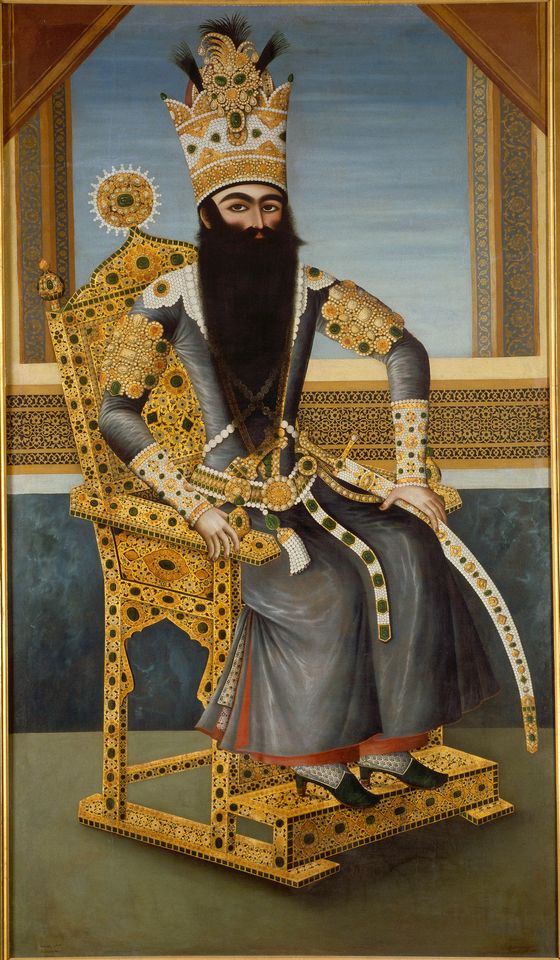 While it has little, if anything, to say about the Qajars from a sociopolitical perspective, the Aga Khan show provides a welcome consolation in its celebration of the era’s artists and the ways in which they incorporated Western innovations and approaches in their work. As Al-Khamis notes, it’s not so much a particular dynasty that is the focus here as Iran and its culture as a whole. The purpose, she says, is to provide empathetic and thought-provoking insights into a dynamic, creative and sophisticated country and people much constricted by turbulent realities and Western misconceptions—then as today.