J. Paul Getty is a monster beyond belief in Ridley Scott’s All the Money in the World 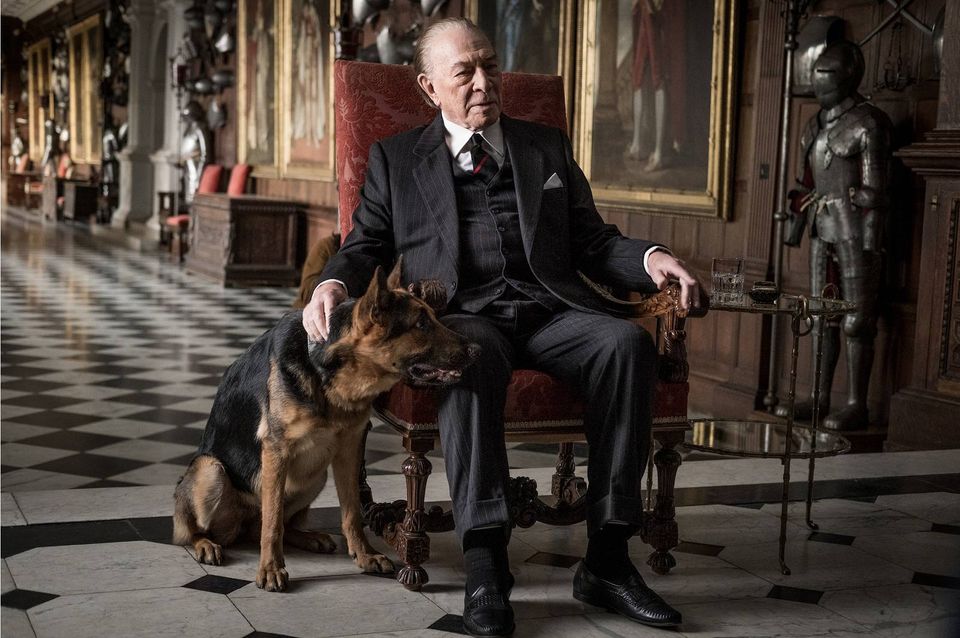 Christopher Plummer as J. Paul Getty Ridley Scott’s All the Money in the World TriStar

The director Ridley Scott has offered some explanations for how he accomplished the seemingly impossible for his film, All the Money in the World: switching out the disgraced actor Kevin Spacey with Christopher Plummer to play the lead role of J. Paul Getty after the movie was completed and in just nine days of reshooting.

For one, Scott (80) and Plummer (88) were both literally old pros, and Plummer didn’t need all the make-up and prosthetics that Spacey (58) did to look like an octogenarian. Also, while the film is inspired by the 1973 kidnapping of the billionaire’s grandson, Getty wasn’t part of the main action. He was enough of a misanthrope that many of his scenes take place more or less alone in his art-and-antique packed estate in England known as Sutton Place, as he avoids increasingly desperate phone calls from his daughter-in-law Gail (Michelle Williams) about her missing son.

In the movie version, Getty is such a needlessly calculating, emotionally icy figure that he makes the Mafia boss who orders the kidnapped grandson’s ear be sliced off look warm and fuzzy by comparison. Of everything I’ve read about Getty, including the book by John Pearson that this film was based on, this is easily the least sympathetic of many fiercely unsympathetic portraits. And the value of art does not come across so well either, thanks to a few key scenes where the film departs wildly from the book.

Granted, as a distant father of five children from multiple wives, Getty had plenty of well-documented moral failings for the film to expose. Despite being ranked as the richest man in the world in 1966, the oil mogul had a telephone booth installed at Sutton Place so visitors would not run up his phone bill. And after his grandson’s kidnapping, as the movie shows, he refused for months to offer any money towards the $17 million ransom demand, stating: “I have 14 grandchildren, and if I pay a penny of ransom, I’ll have 14 kidnapped grandchildren.”

But the movie also departs from published accounts at various points, mainly to create more suspense on the kidnapping front and to shore up its morality play about the dangers of single-mindedly amassing extreme quantities of money and art. Getty is Gatsby in a sense, and the very rich are different than you or me, this movie aims to show. At least three heavily fictionalised scenes are designed to highlight the depravity of art collecting, presenting Getty’s attachments to art objects as a pathetic surrogate for actual intimacy with people.

In one flashback, Getty is holding court on the difference between “priceless” and “invaluable” (a lesson lost on me), by showing his grandson a small bronze minotaur that he claims is worth $1.2 million. He gives it to the boy; it ultimately turns out to be fake.

Back in the movie’s present day, there is a high-stakes moment when you think that Getty might finally show some emotion and rescue his favourite grandson. He has a mysterious assignation and opens his briefcase to show that it’s full of cash. Only it turns out Getty is not helping his family but negotiating to buy a black-market Raphael-looking painting of a Madonna and Child. He later gazes at the painting with more affection than he has shown to any living person.

And finally, while rescue attempts are underway and everyone is understandably anxious, Getty is anxious too—eager to show off a room-sized model of his new Malibu house, inspired by Herculaneum’s Villa dei Papiri, now known as the Getty Villa. The idea that a bunch of art objects is a poor substitute for family is so well established by this point it’s almost laughable.

To his credit, though, Plummer brings some dignity to the role of the insanely successful but morally bankrupt businessman. And he saved us all from what might be a more disturbing double vision: seeing an alleged sexual predator playing the role of a known financial predator.