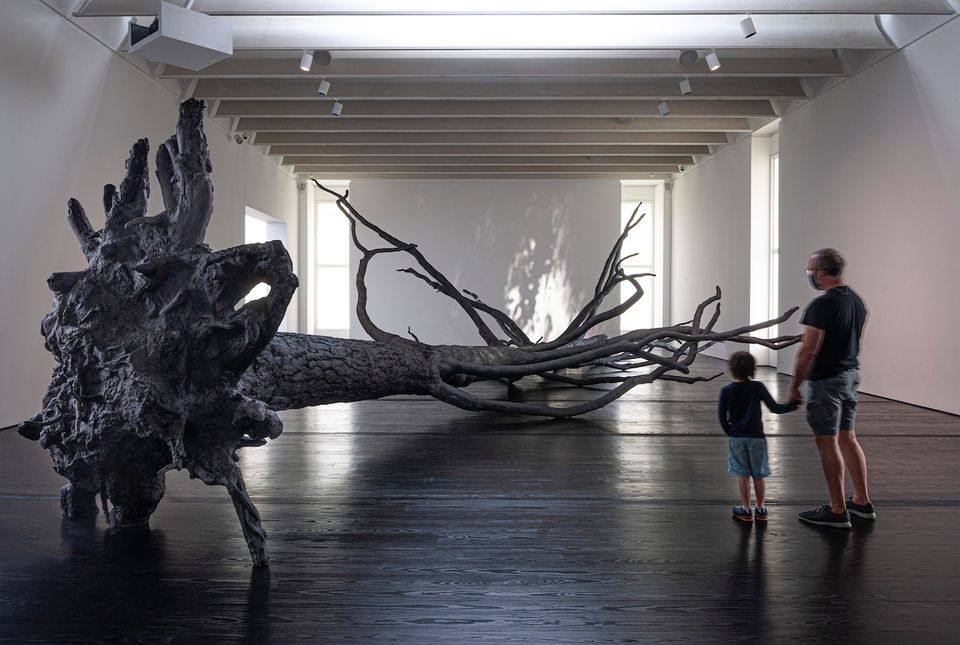 The Puerto Rico-based conceptual artists Jennifer Allora and Guillermo Calzadilla hope to provide a “haven” for visitors amid the turmoil of the past year with their current show Specters of Noon (until 20 June) at the Menil Collection in Houston. The artists visited the museum repeatedly over the past four years to create the the seven site-specific works in the show, which are all inspired by the art and literature collection of the late philanthropists Dominique and John de Menil, who championed the “spiritual power of art”, elevating its effect to something akin to a religious experience.

The show is specifically themed around a 1934 text in the Surrealist journal Minotaure that the artists discovered in the Menil's vast literature holdings, in which the French writer Roger Caillois describes an enigmatic Christian concept known as “acedia”, or the idea of a “noonday devil”. This condition was believed to be caused by a demon which psychically disrupts its victim and incites a sense of restlessness that “makes the present intolerable and the future impossible to imagine”, Allora says. “This moment has a special role in literature, mythology and religion; it’s a moment of opposing forces, an ominous moment of crisis and a metaphysical experience.”

The New York-based composer David Lang collaborated with the artists to produce an eight-hour cycle of sounds that aims to capture the essence of this esoteric state that many might find surprisingly familiar now after a period of simultaneous chaos and inaction caused by the coronavirus pandemic. Scores of instrumental, vocal and electrical sounds are emitted from sculptures like Blackout (all works date from 2020) in the form of a static hum like that made by a volatile power grid. The bronze work was cast from a bisected transformer that exploded in Puerto Rico in 2017 during Hurricane Maria. 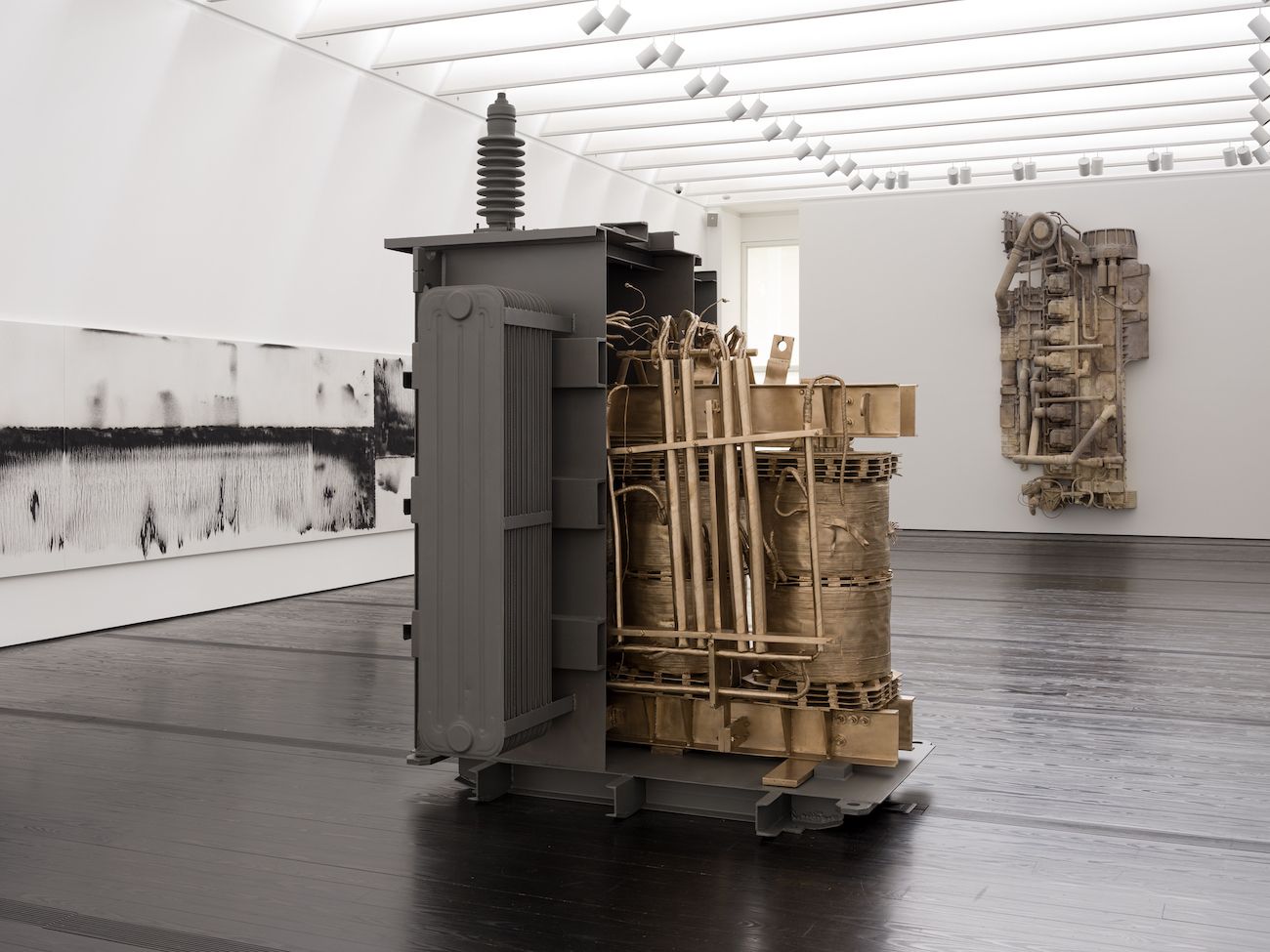 The ominous audio that reverberates throughout the galleries aims to evoke “the mantra-like sounds one might use to focus and concentrate on a subject, or to meditate”, Calzadilla says. “Dominique and John de Menil felt that silence—absolute silence—was a condition necessary to fully engage with an artwork, so there was an interesting crossover in how our approaches arrive at the same point from different places.”

Other complex sculptures like Manifest and Penumbra—which also require a significant amount of reading and meditation to unpack—were also made with “a deep sense of communication with the collection”, Allora says, and through “exploration of the on-site vaults, or the treasure rooms” which contain thousands of objects and historical publications. The Menils “made connections in their collection that are not just chronological but iconographic, formal and conceptual, and connected ideas that otherwise seem very far apart”, Allora adds.

The artists previously collaborated with the Dia Art Foundation, which was founded by Philippa de Menil (Dominique and John's daughter), to realise their monumental immersive light installation Puerto Rican Light (Cueva Vientos) (2015) in a limestone cave in Puerto Rico. That piece reactivates a 1965 work by Dan Flavin from Dia’s collection, and explores issues of post-colonialism.

“The ethos of the Dia Foundation—and in turn the ethos of the Menils—was something we had been thinking about years before we ever arrived in Houston, so this exhibition is actually a culmination of a connection we’ve had for over a decade,” Allora says. “The Menils were interested in the same kinds of questions that we have in our practice, and had a similar thirst to explore those questions.”

The artists, who are based in San Juan, are now preparing for a major exhibition at the Serralves Museum in Porto, Portugal, which will be announced in the coming months.