What was the real purpose of the English country house library? 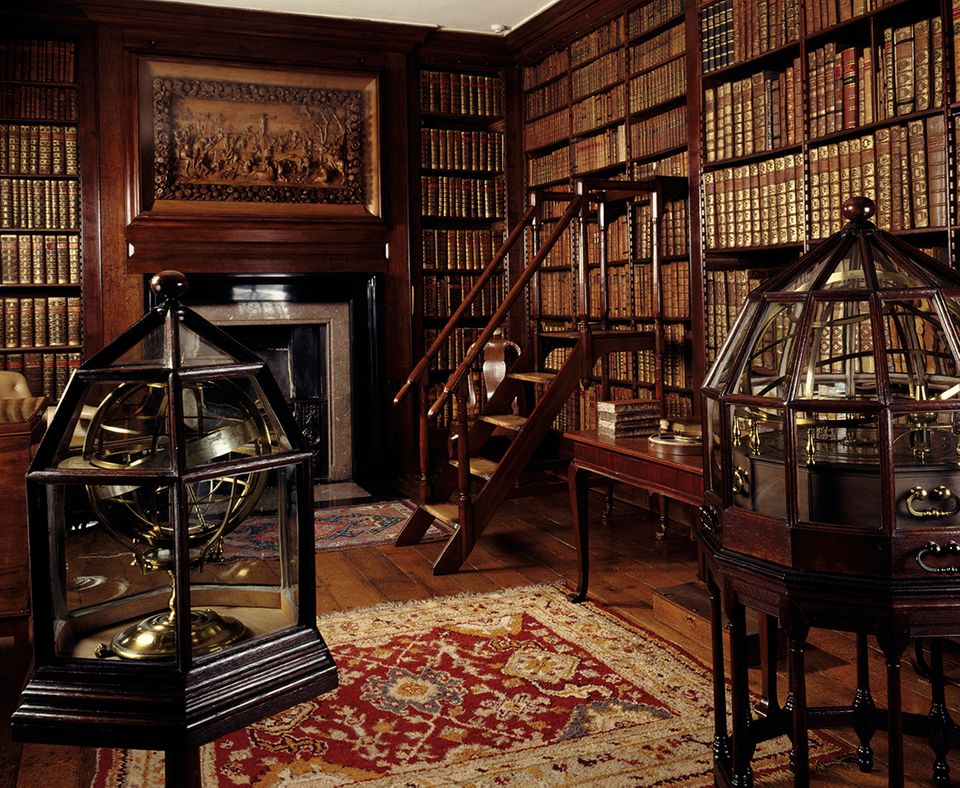 The everyday reading that shaped the thinking of the landowner class: the library at Dunham Massey, Cheshire © National Trust Images/Andreas von Einsiedel

In Mark Purcell’s all-encompassing study, The Country House Library, every aspect of this topic is researched and addressed on an epic, Girouardian scale. Whereas architectural and art historians are often uninterested in the actual books found in historic architect-designed libraries, Purcell argues it is impossible to separate them from a consideration of situation, appearance and design. Demolishing the commonplace belief that volumes were “bought by the yard”, he offers an opportunity for historians to think afresh about the way collections were read and valued within the elusive confines of the country house library.

Libraries were often admired and coveted by visitors. Around 1540, John Leland “likid exceedingly” a library in one of the towers of Wressle Castle in Yorkshire, “a study caullid Paradise, wher was a closet in the middle of 8 Squares latised aboute: and at the toppe of every square was a desk ledgid to set books on cofers withyn them”. Two centuries later, a visitor to Blickling Hall in Norfolk, wrote approvingly of the new library fitted into the Long Gallery: “very beautifull… a charming Chimneypiece designed by Lord Burlington. Sr Rich’d Ellis who left the Book’s his Busto is plac’d between the broken parts of a pediment.”

Purcell begins his grand sweep with evidence for libraries in the Romano-British world, before moving on to the types of medieval manuscript books stored in movable chests: psalters and books of hours, alongside histories and romances, law books and treatises on subjects such as courtesy, warfare and equestrian medicine. In the 15th century, works on classical subjects were collected by humanist-inclined magnates—among them John Tiptoft, the first Earl of Worcester, who was said to have “despoiled the libraries of Italy so that he might adorn England with handsome monuments of books”.

Purcell, now the deputy director of research collections at Cambridge University Library, has a breadth of knowledge of the country house library that comes partly from his former work as the National Trust’s principal adviser on libraries—the custodian of some 300,000 books. This enables him to cut through areas of confusion, such as interpreting surviving evidence. Take Hardwick Hall, where a 1601 inventory mentions only six books, yet other sources suggest a substantial library; the solution is that the inventory lists only those books, some with rich textile covers, that were kept in Bess of Hardwick’s bedchamber.

Self-consciously architectural library interiors make their appearance around 1720 when the finest Palladian houses also had libraries placed alongside private rooms. Robert Adam designed elegant Neo-Classical libraries in the later part of the century, although some were inadequate for the number of books and were quickly converted, with one at Saltram becoming the dining room.

The social quality of the late Georgian library in England was celebrated by Prince Hermann von Pückler-Muskau, who noted in the 1820s what an agreeable impact it had on social intimacy: “Many a marriage, or seduction of the already married, is woven between the corpus juris on one side and Bouffler’s works on the other, while the novel of the moment lies between as a means of communication.”

A gripping chapter covers the early 19th-century bibliomania that culminated in the great sale of the Third Duke of Roxburghe’s library in June 1812, described as a chivalric tournament between Earl Spencer, the Marquess of Blandford and the Sixth Duke of Devonshire. Purcell gives an excellent account of the arc of sales reflecting the decline in the fortunes of the landowning classes after the late 1880s. In 1966, Shane Leslie wrote in his memoirs, Long Shadows: “The empty shelves at Blenheim, Sledmere and Althorp gave me the ghastly gasp as coffins and vaults ravaged by body-snatchers.”

However, the book ends on a positive note as the improved economic climate, reduced taxation and sophisticated arrangements such as “conditional exemption” have slowed the dispersal of historic libraries. The evolving professionalisation of the National Trust’s approach is also explored. The new challenge for country house libraries in private or institutional ownership is not just to preserve and document these collections “but to make fragile historic libraries, which were intended for the few, visible and accessible and meaningful for the many”. Meanwhile, the country house library has become a favourite wedding venue, “grandiose but free of possibly unwelcome religious associations”.

Packed with information and fizzing with ideas, this book will ensure you never look at a country house library in quite the same way again.