The artist’s unremitting commitment to the Left may be commendable, but has limited his development as an artist 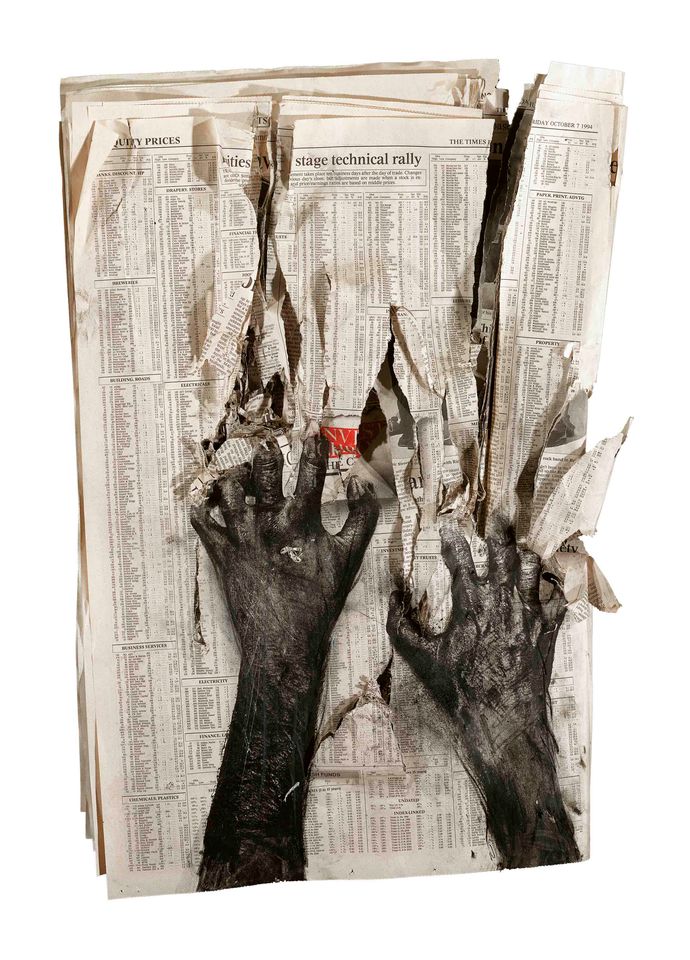 An enlarged stock prices page from The Times, 7 October 1994, overprinted with a hand tearing at the prices @ Peter Kennard

Peter Kennard started his professional career as a painter; he trained at the Byam Shaw School of Art and at the Slade School of Art in London. In the 1970s, however, he abandoned painting to create politically engaged works in photomontage and installation. A committed and life-long man of the Left, his works—arranged in this book chronologically, year by year from 1969 to 2018—serve as propaganda for his views. Some have become memorable as a result of regular reference and repetition, such as his rendering of John Constable’s Hay Wain (1821) laden with Cruise nuclear missiles (1980); the Stop Trident poster (1980 and 2016); the CND symbol through which a broken missile has been lodged; or hands shredding The Times stocks and shares page at the time of the 2008 crash (shown here, “Hands tear at the stock prices, furious at the distance between this matrix of numbers and victims of the system… I’m literally trying to rip through the lie… The physical assault on the paper is my way of answering back”).

While this book is a handy guide to Kennard’s oeuvre, it becomes tedious as his work is as repetitive and monomaniacal as the pub bore’s obsession. What rather undermines his left-wing orthodoxy is the fact that he (like so many socialistes caviars) is deeply embedded in the very establishment he so despises, in his case the Royal College of Art where he holds the Chair of Political Art, and the fact that he has solipsistically compiled a book all about himself.