Practical kitsch: on Ettore Sottsass at the Met Breuer

Disorientation over the designer's work has settled into quaint admiration 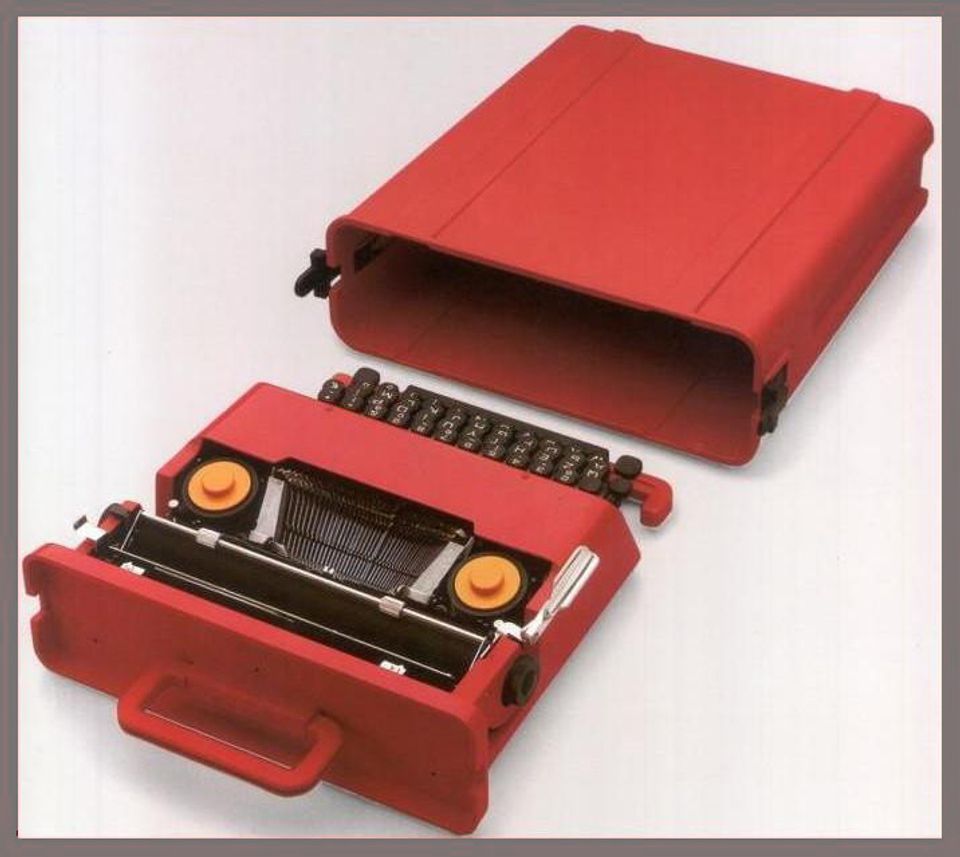 When the first US retrospective of his work opened in 2006 at the Los Angeles County Museum of Art, Ettore Sottsass was little enthused. Likening the experience to “a birthday party where too many relatives show up,” he baulked and blearily mused that “too much time has passed.”

Time continues unabated a decade after his death and a century after his birth in Innsbruck, Austria. Now Sottsass is being feted with several ambitious surveys, the most high profile of them being Design Radical at the Met Breuer in New York. Organised by Christian Larsen, it is a capstone, if an improvised one, to the Sottsass revivalism of the last few years. His works—in particular the furniture pieces that are redolent of Pop art, Postmodern kitsch and fast food–chain dining booths—have been flattered with the sort of reverence typically afforded to sculpture. The name Sottsass, with its appealing symmetry, has become a selling point.

About that name: “Sottsass” is now as monolithic as the blocks of “shiny, metaphysical metal” he designed in 1958 to hold the first fully transistorised computer mainframe, or the laminate-faced “superboxes” he unveiled in 1965. Moreover, the name has become inseparable from Memphis, the insolent design collective he founded in 1981 at age 64. But the seeds for Memphis were sown much earlier. Plenty more sprouted after its dissolution.

Although his moustache was a constant, Sottsass was a kind of zelig. He tossed around just about every major aesthetic movement of the last half of the 20th century. At the Met, the Pop excitations are followed by dreary forays into conceptualism and video work. Curious glassworks and ceramics sit near bacilli-patterned textiles and sardonic paper architecture. The heightened sweetness of the Memphis period is followed by the inevitable toothache. You might say the man was a “protean” character, but in an art historical context, that implies a roving otherworldly force, loping from one summit to the next, rather than the supple, downstream spirit Sottsass actually was. “I was prepared for all this,” he reflected. “I was like a layer of wax waiting to receive those signs.”

His father, also named Ettore Sottsass, was an accomplished Italian architect trained in turn-of-the-century Vienna whose son took up the building trade out of filial duty. Through building design, the young Sottsass developed a keen sense for surface and volume, scale and silhouette. Yet he lacked rigour; exactitude and single-mindedness are not hereditary traits, evidently. After completing a few Marshall Plan–funded public projects in the early 1950s, he set architecture aside—not returning to it for another 30 years—and went in search of more varied pursuits. This seems to have been a pattern for him, as Larsen explains in the wall texts. Sottsass went through short, intense bursts of enthusiasm and spirited inquiry, took a few experimental stabs in the dark then produced a limited run of machine-made products before moving onto his next endeavour.

By 1956, he had already dabbled in painting, from which he presumably gained an appreciation for color. (The sole canvas in the Met exhibition, a concrete art–composition, is muddled and out of character.) Bright blots of coordinating color characterise his industrial design work for Olivetti, the Italian hardware company whose young owner had taken a shine to Sottsass and provided him with a steady income for decades. The typewriters, calculators and other white-collar implements he designed for the firm through the late 1960s departed—timidly, at first—from the gunmetal grey style of the Ulm design school in Germany. The 1969 Valentine typewriter, a shock of blood red with orange nobs (colours inspired by Tom Wesselmann nudes) saw Sottsass definitively break through the mores of “good design,” the less-is-more methodology incubated at Ulm and mostly associated with the Northern European welfare states. Displayed in the opening gallery at the Met, it heralded Sottsass’s unstinting embrace of Pop, which was echoed by fellow travelers including the so-called “radical architects” from the Archizoom design studio and designers like Alessandro Mendini. Certain members of this group had theorised that the ironic embrace of consumption could lay bare the contradictions behind the celebrated but uneven development that riled Italy in those years. 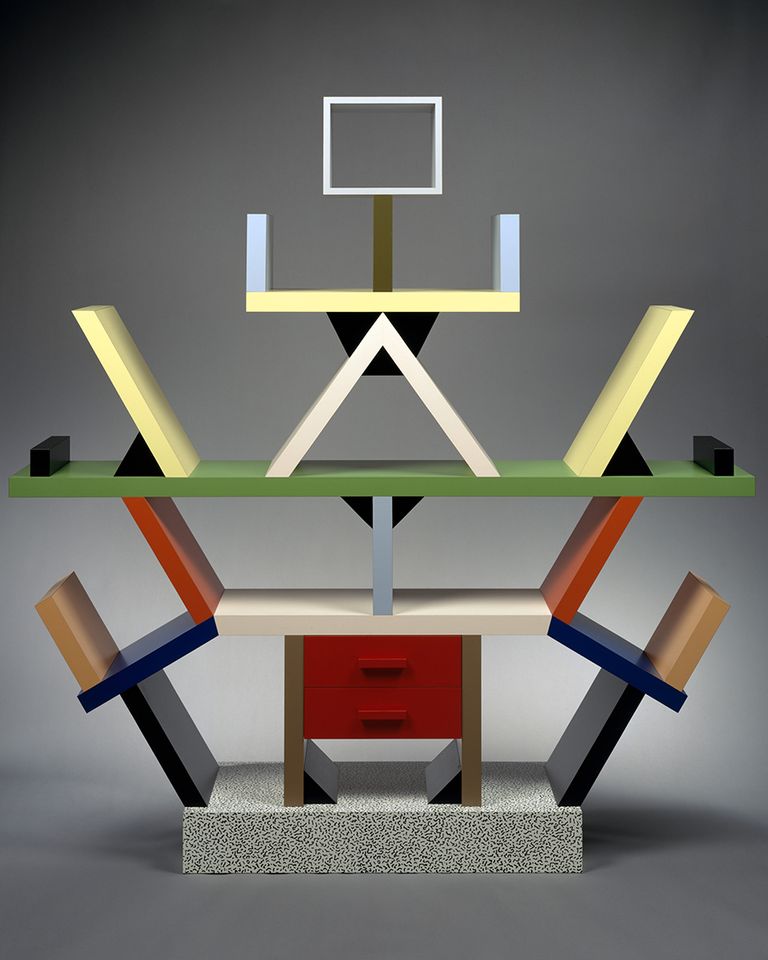 Sottsass never disavowed machine manufacturing, calling the Valentine the “anti-machine machine.” But unlike his contemporaries, he didn’t allow his worldview to be shaped by it. For him, full Enlightenment was impossible and teleology was bunk. He never put much stock in Marxism nor in the workerist stratagems that had captured the mood of post-1968 Italy. “If you have to get in tune with a thing as soft as history, you can’t presume to do it with hard actions,” he once said. The welfare state, like Modernism, had done very little to erode social alienation; on the contrary, it had merely managed it. Nimbleness and adaptation were better; they were natural law.

Rejecting modernism’s compartmentalisations, he sought out cosmic resonances—with the world, with history, with culture—and found them most acute in India, in 1961, and later in California, where he compared musings with Allen Ginsberg and the other Beat poets. (His wife at the time had been translating Howl into Italian, among other works.) It was an awakening of sorts, one deepened by the near-fatal bout of nephritis that had initially sent him to California for treatment. His recovery and the company he kept during that time fuelled a wave of creativity that melded preindustrial craft, metaphysical calm, peasant ingenuity and contemporaneity.

He grew serious about ceramics—"older than the Bible and Jesus Christ, older than all the poems ever written"—which he painted and stacked in teetering towers. They recalled ancient field and funerary markers found on the Indian subcontinent (to which he frequently returned) as well as the anonymous iconographic totems that dotted the American West. (Even the colour-coded medications he was regularly ingesting provided inspiration.) Larsen devotes a considerable amount of space to these works, which were originally exhibited in Milan in 1967 under the telling title, “Menhir, Ziggurat, Hydrants & Gas Pumps.” Along the walls are a dozen or more stupa, or small carved reliquaries, pinched from the Met vaults; they are reasonably effective in conveying Sottsass’s powers of apperception.

The curatorial flourish comes off better in a previous gallery, where Larsen places a 13th-century BC Egyptian shabti box in relation to two of Sottsass’s “superboxes,” tall patterned cabinets intended for the centre of an otherwise empty room—a radical, because impractical, idea. Sottsass was fond of such Egyptian reliquaries, which reproduce temples, ceremonial gateways and aristocratic homes in miniature. He called them “micro-architectures,” noble receptacles for fragile things. In Sottsass’s work, objects retain this character while performing an additional purpose. If all desires are born into the world inchoate, they must be given shape and definition. Only then can they proliferate, be made large or small, domesticated.

By the late 1970s, following a moody interval and after executing a series of modest, arte povera–inflected earthworks (left out of the Met survey), Sottsass allowed bestial and anthropomorphic semblances to take over. Exemplars of this tendency are thoughtfully staged in the final gallery. The majority of these mobili date from the Memphis period; the stick figure–esque Carlton room divider (1981) is the standout and, along with the Tartar console table (1985), remains the best distillation of Memphis. These are the least egregious designs to have arisen from a design school that assaulted the senses, trafficked in vulgarities and generally dispensed with good taste. Provocations you could sit on, ostensibly.

When Memphis debuted its first collection in September 1981, the rubberneckers who peered through the windows of the Milanese gallery walked away punch-drunk. The disorientation set in by these pieces has since mellowed. The overall feeling is tender, quaint, puckish. This sense is evident in the contemporary designs sprinkled throughout the show in an unnecessary and distracting bid to project Sottsass’s influence into the present. Indeed, too much time has passed.

Samuel Medina is a writer and editor in New York.