The world's largest photography fair aims to champion diversity and young blood, but new works from the medium's biggest names tower over this year's edition 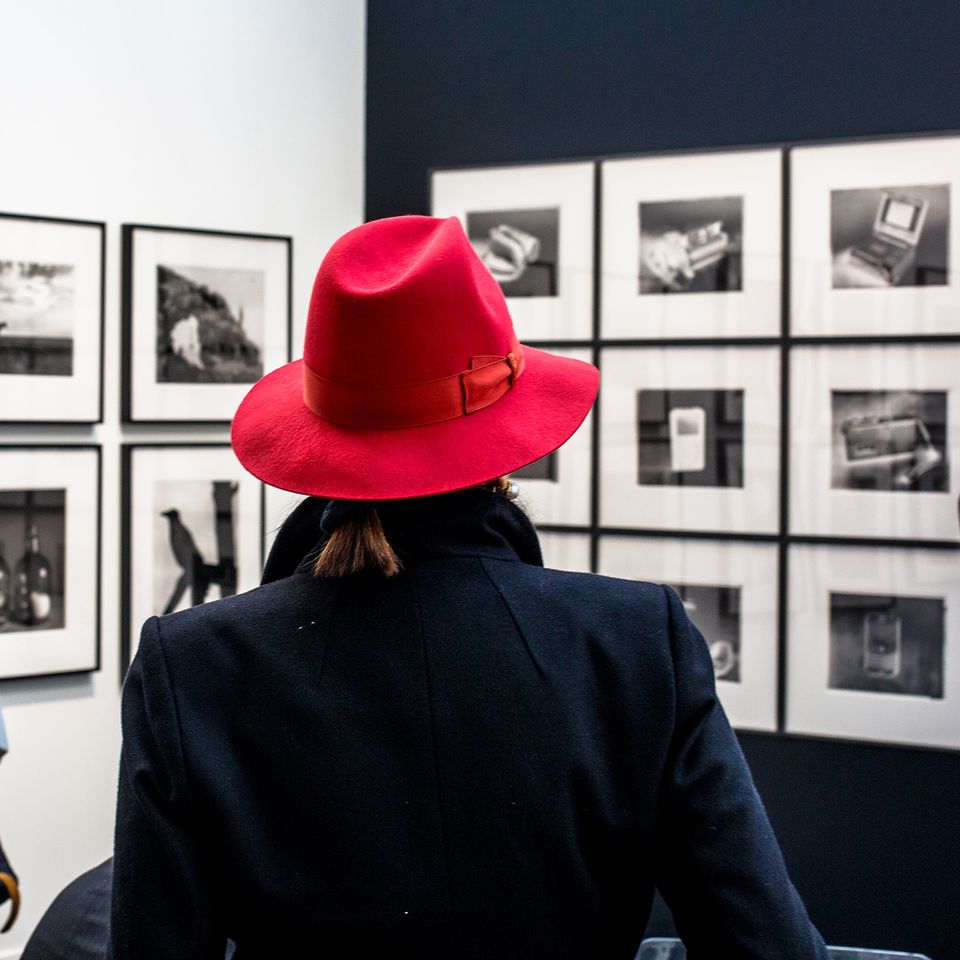 Ahead of their break into the American market, Paris Photo tries to celebrate the new and diverse. Yet new works from photography’s biggest names tower over this year's fair

This is “the oldest, the largest and the most global” photography fair of the lot, says Paris Photo's director Florence Bourgeois as she launches the fair’s 23rd edition. Taking place once again below the arched glass of the Grand Palais by the Jardins des Champs-Élysées, the event unites Paris's moneyed-elite, champagne flutes in hand, with the leading photography gallerists from all over the world; many of whom are revealing the latest works from some of the biggest and most revered artists in the medium for the first time.

Bourgeois points out that Paris Photo has 180 gallerists showing works today. These are the pick of more than 300 applications. Of those, 15 are exhibiting in Paris for the first time. While Europe and America dominate, ten of the galleries herald from Asia, five from the Middle East, three from Latin America and three from Africa. This means that although there is a huge amount of work on show, the fair promises both a diverse and curated offering.

Paris Photo, Bourgeois hopes, “is a place for discovery and exchange. We want this to be a platform for as wide an offering of photography as possible. It should be a panorama for what the medium can be and do".

While Bourgeois is keen to celebrate the very contemporary names showing in Paris, this year’s fair is particularly notable for its premium vintage offerings.

Representatives from Gagosian say that they have spent six months assembling 90 vintage Man Ray prints to go on sale for this event. Gagosian’s booth showcases Man Ray’s pioneering use of solarisation, a technique that purposely broke the foundational rule of analogue processing—while in the darkroom, don’t turn on the light. As his emerging images lay in their pool of chemicals, the US artist, who died in Paris in 1976, would flicker the lights of his studio. The overexposure of the images formed an inverse tone, giving the impression that his subjects (in this case, female nudes) float amidst hazy backgrounds, haloed by a strange photonegative aura.

Man Ray’s influence is clear at other booths throughout the fair. A joint venture from Paris's Galerie Baudoin Lebon and Etherton Gallery in Tuscon, Arizona shows a collection of Surrealist prints by the US photographer Joel-Peter Witkin on sale for the first time, coinciding with Witkin's 80th birthday. Prints up for grabs include the 1983 photograph Sanitarium that shows a nude, masked woman who famously inspired Alexander McQueen’s historic Spring/Summer 2001 show. 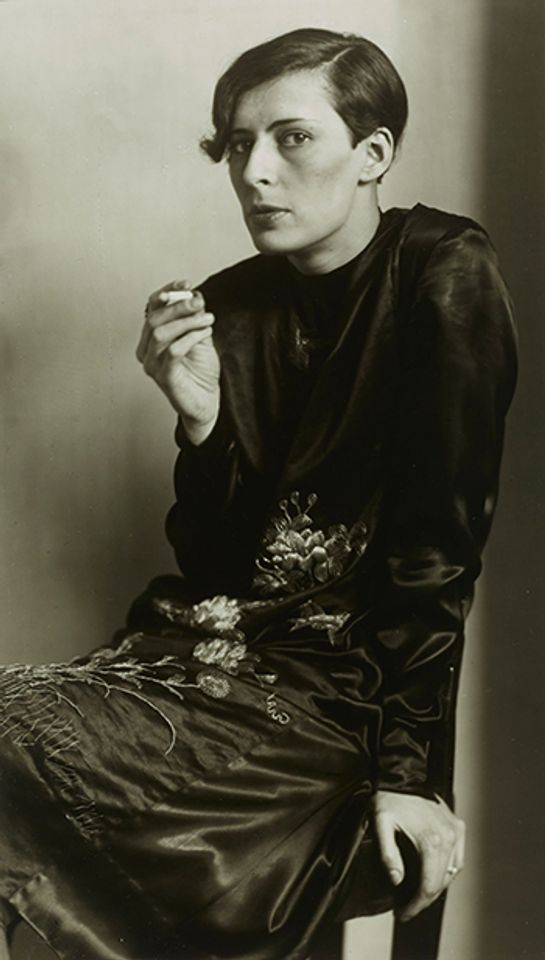 Meanwhile Hauser & Wirth are selling exquisite prints from August Sander’s monumental project People of the Twentieth Century, the German artist’s decades-long effort to catalogue ethnic and class diversity in German society in the years before the rise of Nazism. Given the systemic hierarchies found in Germany at the time, which the Nazis believed to be founded in the field of eugenics, Sander’s uniform photographic treatment of every subject was “a radical statement”, says Julian Sander, the director of the August Sander Family Collection and Sander’s great-grandson, who spoke at Hauser & Wirth’s booth. Sander, his ancestor notes, paid for his subtle dissidence. In 1936, the newly-formed Nazi government destroyed the printing blocks for People of the 20th Century and Sander was forced to cease working. Over the same period, his son Erich, a left-wing activist, was arrested and sentenced to 10 years in prison, where he died in 1944, shortly before the end of his sentence.

Other highlights include the Magnum photographer Jim Goldberg’s 1995 series Raised by Wolves at the booth of San Francisco’s Casemore Kirkeby Gallery. The series originated in San Francisco in 1985 when Goldberg started following and photographing teenage runaways who lived rough on the streets of the city, a raw and intimate look at marginalised lives. 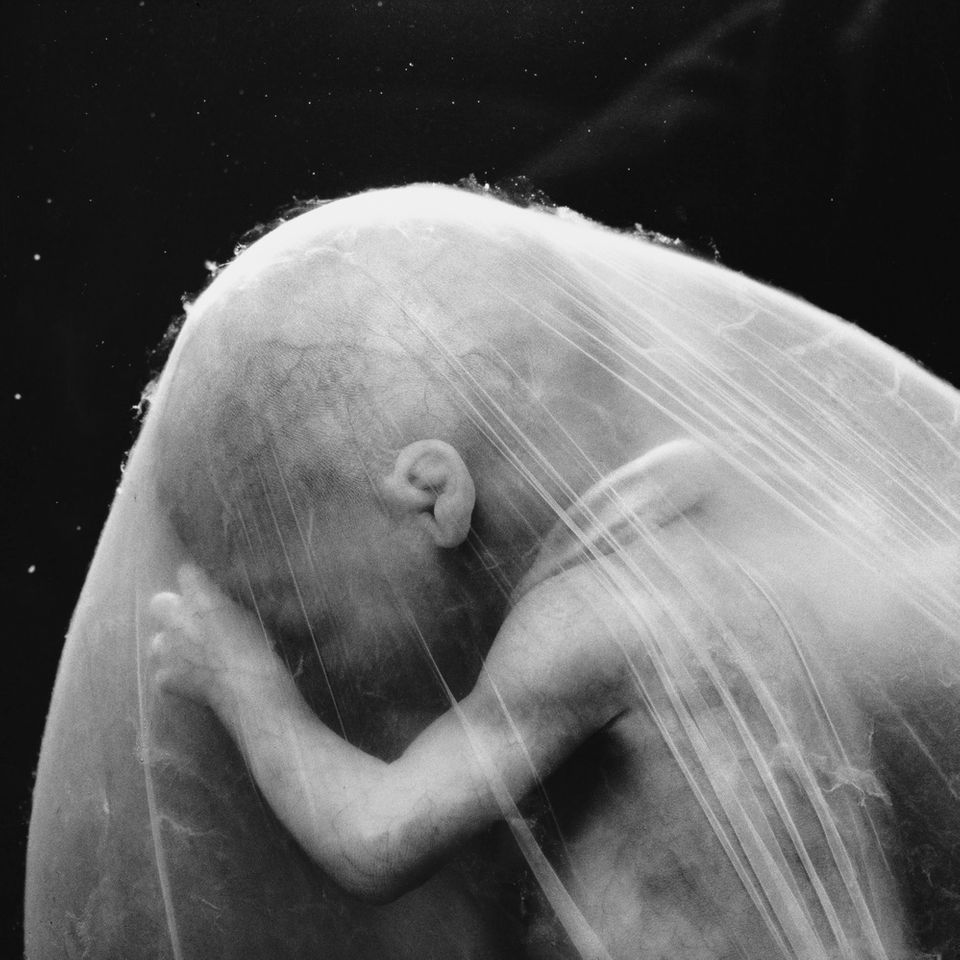 But perhaps the most extraordinary offering at this year’s fair comes from an unlikely source. Stene Projects, an independent gallery from Stockholm, Sweden, who have never before exhibited at a photography fair, have brought 11 prints by Lennart Nilsson, the Swedish photographer who gained world-wide fame after Life Magazine printed his ground-breaking photograph of an embryo at 18 weeks on its cover in 1953.

The image marked the starting point of what would become Lennart Nilsson’s A Child is Born, which became one of the world’s best-selling photographic books. Since its first edition in 1965, A Child is Born has been translated into more than 20 languages and printed in five editions. Yet Nilsson never considered the work to be artistic and thus images from the series have never been made commercially available, until now. "The images have been hijacked by the anti-abortion movement. But Nilsson never took a position on this. He wanted to show the essence of who we are,” says the gallery's founder Jan Stene.

Writing of the work shown by Stene Projects, the critic Mark Holborn says: "Lennart’s pictures remind us we are born from a common process, we all embody the outcome of the same interior encounter and we all share the same emotions that drive us to seek or offer the protection of the parent.”