Wish you were here: revolutionary postcards in Imperial Russia 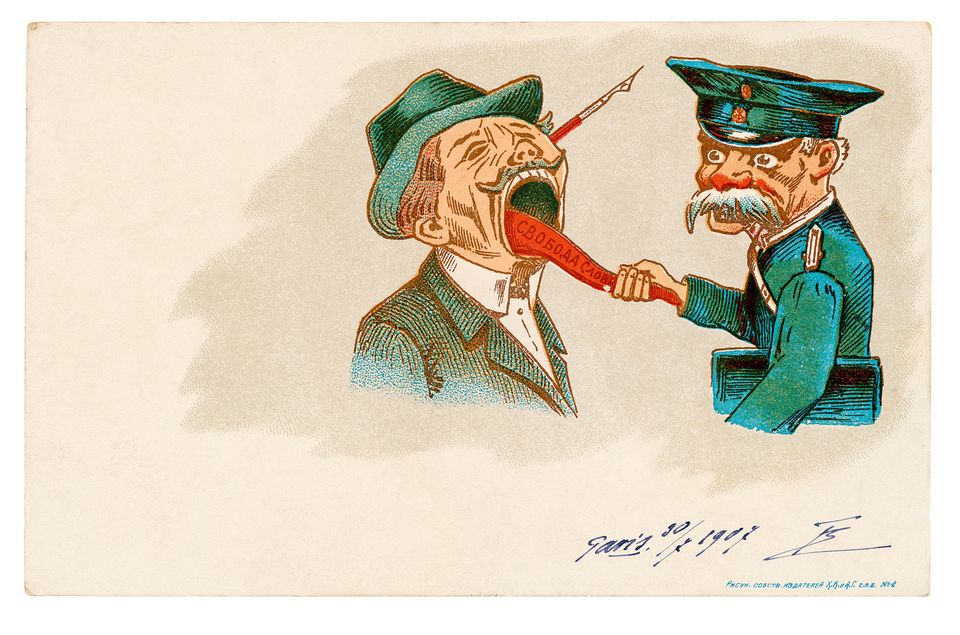 "Having a wonderful time. Wish you were here." Is not the message of any of the postcards amassed in this book. Unless, of course, unrelenting propaganda might have been construed as a kind of fun (although the satire is often funny—to some: shown here Freedom of Speech (1905) by an anonymous artist). This book is a collection of more than 200 postcards produced by the Czar's enemies during the 1905 uprising. In those far-off days before digital media, postcards were a means of beating the censors—passed by hand, hidden, smuggled; hardly ever posted for obvious reasons. As happened in the West at the Reformation, print and protest went hand in hand in Russia some 400 years later. Market forces were at work, too, to cater for all the left-wing causes at stake: Yiddish and anti-Semitic campaigns, Marxists, Social Democrats, Socialist-Revolutionaries and terrorists. It all ended in tears. Bliss it was to be alive? I don't think so.