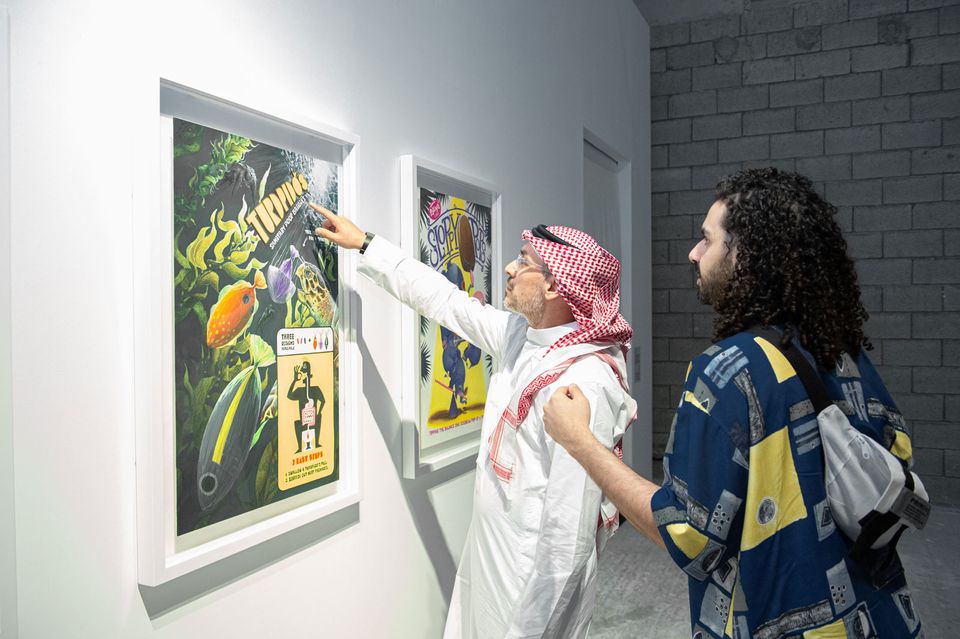 At last month’s launch of I love you, urgently the group show at the heart of the seventh edition of the Saudi Art Council’s 21,39 event, curator Maya El Khalil invited artists to respond to issues of climate change, environmental crisis and sustainability. El Khalil, the former director of the city’s pioneering Athr gallery and now, taking her MA in Art and Politics at Goldsmiths University, was back in Jeddah to curate this year’s iteration of 21,39. The event was complemented by numerous projects and exhibitions around the kingdom, including some inspired installations at the AlUla/DesertX sculpture biennial, deep in the desert and around the country, a multitude of events, announcements and presentations.

I love you, urgently’s brief, as El Khalil explained, resulted in 21 participating artists undertaking sustained and in-depth research into environmental questions, in many cases, for the first time. They took advantage of the sweeping social reforms under Crown Prince Mohammed Bin Salman, which are fundamentally reshaping the Kingdom’s social, economic and cultural infrastructure, opening up new opportunities for creatives in the nation and actively encouraging artistic creativity.

As the country continues its restructuring and economic diversification, the message from the top is one of progress, following three decades of tight controls and censorship on arts and self-expression. Despite global controversies and criticism over the murder of Jamal Khashoggi at the Saudi consulate in Istanbul and the ongoing war in Yemen, artists and arts professionals living and working in the kingdom are reporting a greater degree of freedom than any time in recent memory. Those who speak out on the topics, however, are clearly not keen to be named or even quoted anonymously. Make of that what you will.

At the very Saudi home (a large, bright shopping mall) of the independent Saudi Art Council, I love you, urgently opened to a substantial crowd of locals and visitors on a balmy January evening. "The title is an unexpected address," El Khalil said at the launch. "It emphasizes the highly personal dynamics we are living today. This idea of adaptability; at a time when we are experiencing extensive change and this new generation is part of this change, we need to consider what type of ideas do we need to have?" 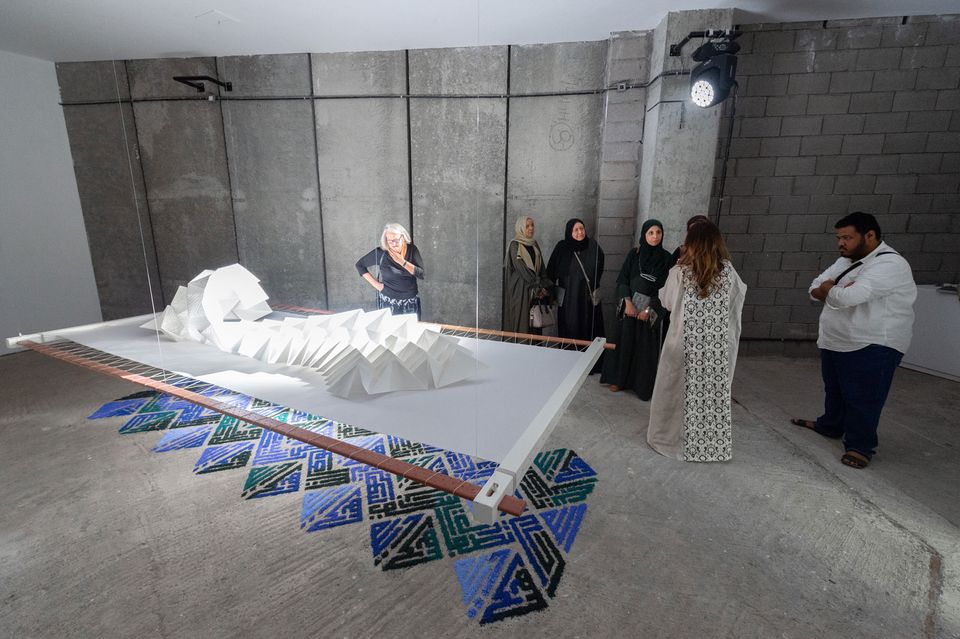 An apt metaphor for these ideas was provided by an in-depth multimedia study of the influential German architect behind some of Saudi Arabia’s modernist structures, Frei Otto. Otto’s passion for biomimetics inspired his Arabian buildings during the 1950s and 1960s and it was his approach that inspired El Khalil’s investigation into the manifold tensions underpinning the connections between human, industrial and wildlife ecosystems across the kingdom.

The works by the 21 predominantly local and regional artists took in a broad spectrum of media and forms, from desert sand to textiles, investigative documentation and video installation. Multimedia and video dominated, more traditionally-inspired paper and textile pieces featured too, most notably from Manal al Dowayan, whose Ephemeral Witness was a striking assertion of feminist empowerment, while the gorgeous, intricate assemblage of paper, calligraphy and traditional fabrics of Farah K Behbehani’s installation Rahal blended traditional and progressive ideas with dramatic finesse. 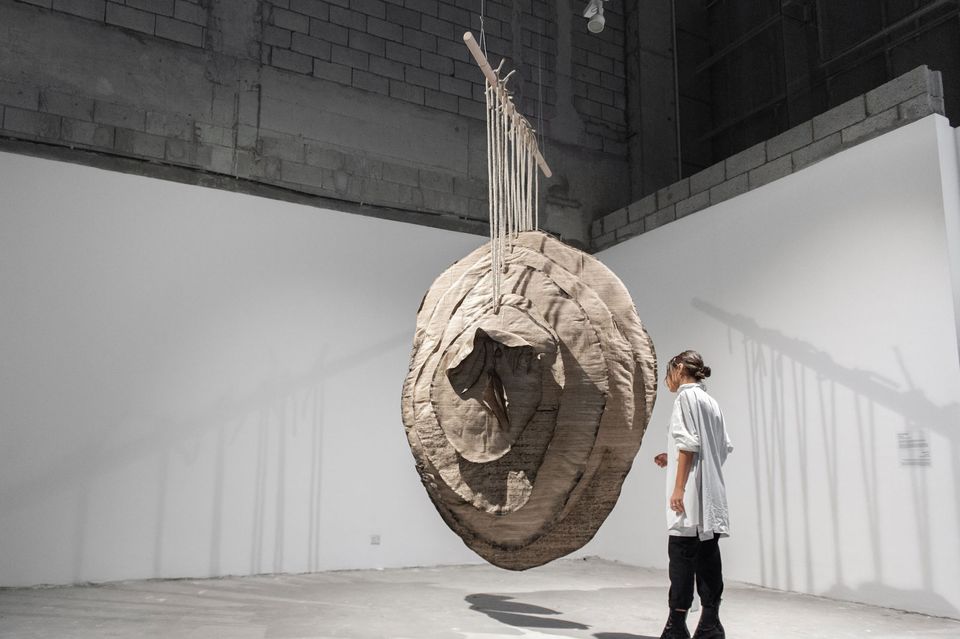 One standout presentation was Fahad bin Naif and Alaa Tarabzouni’s multimedia Al-Manakh, You Will Be Missed, exploring the aftermath of a massive stonemasonry factory closing in the rural outskirts of Riyadh. Bin Naif, an artist, architect, urban designer and researcher was also declared the winner of the third edition of the annual Ithra Art Prize, the $100,000 Saudi award, given in partnership with Art Dubai. A key driver in the country’s cultural landscape, Ithra (the King Abdulaziz Centre for World Culture), based in Dhahran, is emerging as one of the most exciting cultural destinations in the kingdom, with a state of the art purpose-built design studio complex, museum and exhibition space. 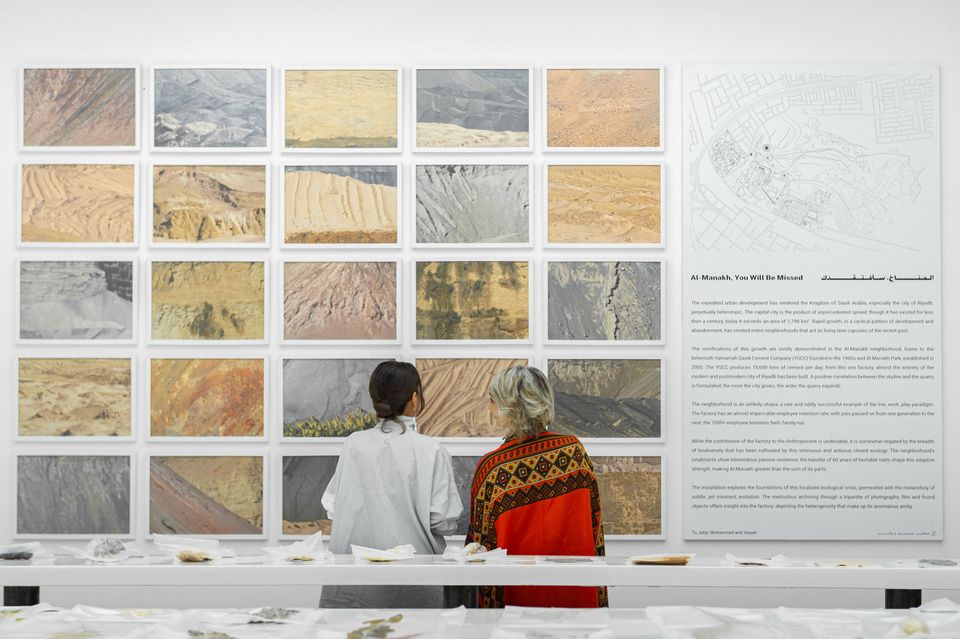 Across town, work is under way on the Hayy: Creative Hub, a vast 17,000 sq. m complex overseen by the former director of Art Dubai, Antonia Carver. Carver plans a thriving multimedia resource for the city’s creatives, a purpose-built environment to fill an urgent need in the region’s arts infrastructure.

‘It will be the first bespoke home for the creative industries in Saudi,’ she tells The Art Newspaper during a lightning tour of the site. "Hayy is conceived specifically with Saudi in mind: Jeddah’s highly creative scene is dispersed and a little hidden—we thought let’s bring together and nurture all this cross-disciplinary action in one spot."

This year’s 21,39 event was augmented by a sculpture biennial in the heart of the desert, an hour’s flight from Jeddah. Sculpting Space: Architectural Desert Dwellings For AlUla saw an international assembly of architect-artist teams posit unique, one-bedroom desert dwellings, based on innovative green tech. These ranged from an ingenious little cabin by the Japanese team Yu Momoeda and Kohei Sasahara, to the British collective AYA + Ajlan Gharem’s Desert Plinth featuring a clever garden that absorbs and stores desert rain and dew to create a well beneath the building.

Saudi Art Council's director Mohammed Hafiz emphasised his intention to forge a two-way channel of cultural activity between Saudi Arabia and the outside world with initiatives such as 21,39 and by implication, the current wave of activity across the nation.

‘The Saudi Art Council wants to create the bridges and expose our art to the world and show our values and who we are. We believe the language of our art is one that can cross boundaries and we’re very proud to see so many visitors here today’.

The combined momentum of the Kingdom’s new phalanx of cultural projects across the Kingdom clearly indicates the state is currently serious about supporting artistic activity from the grassroots upwards. This is mirrored by the quality of work on show at 21,39 and at the AlUla/Desert X project. But should the nation seriously achieve the status of global arts hub it aspires to, within the tight framework it has set itself, very much remains to be seen.