The artist’s grotesque and violent images of the US president fit in with her works of political and social protest, made since the 1970s 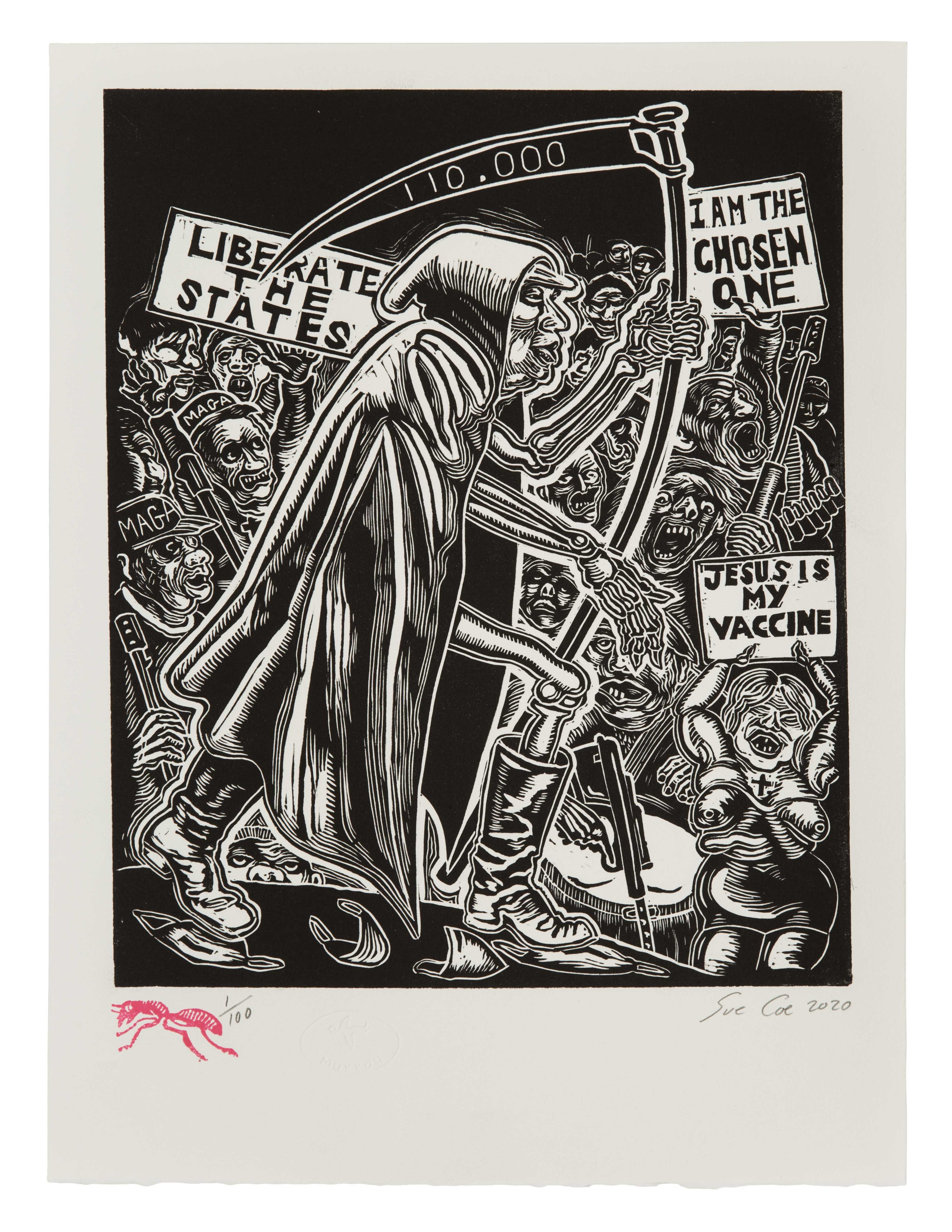 There are no punches pulled in Sue Coe: It Can Happen Here (30 December), the final gallery show at Galerie St Etienne in New York before it transitions into a non-profit foundation. In the linocut Unpresidented (2016), US President Donald Trump gropes a wincing Statue of Liberty from behind as he covers her mouth. It is not even one of the show’s most grotesque or violent images, but is consistent with Coe’s ardent opposition to the Trump administration and with her art of protest since the 1970s.

Around half the works in the show come from 2016 and later and so feature a mix of Ubu-esque Trump figures, macabre scenes of the toll of the coronavirus pandemic, and mournful reflections on the suffering of animals in the “Meat Industrial Complex”. Coe says decades of activism fed into the more recent images, and cited an added sense of urgency after Trump’s election. “We have global warming, which makes it a four-alarm fire. We cannot have Trump and his party re-elected. It will be a tragedy for the world,” she adds.

Born in England in 1951, Coe came to New York in 1972. Soon after, the New York Times launched multiple visually driven sections, and put her editorial illustrations on its Op-Ed page. “It was much needed income, it was $200. I loved it,” she recalled.

In the early 1980s, she abandoned the promise of art world celebrity as an East Village sensation at PPOW gallery, and join Galerie St Etienne, which represented no living artists, but did show work by Käthe Kollwitz, Grandma Moses and Egon Schiele. Her first show there was Porkopolis—Animals and Industry in 1989.

“She really didn’t want to be part of the contemporary art world,” said the dealer Jane Kallir “and there was a confraternity of content between her work and the work of Weimar artists whom we already represented.”

Coe, who considered the NY art scene at the time “a zipped-up body bag of what we call culture”, decamped to live and work in rural upstate Deposit, New York, where the Trump lawn signs everywhere (mirrored by the Brexit one in her native UK) signaled to her the 2016 election’s outcome. 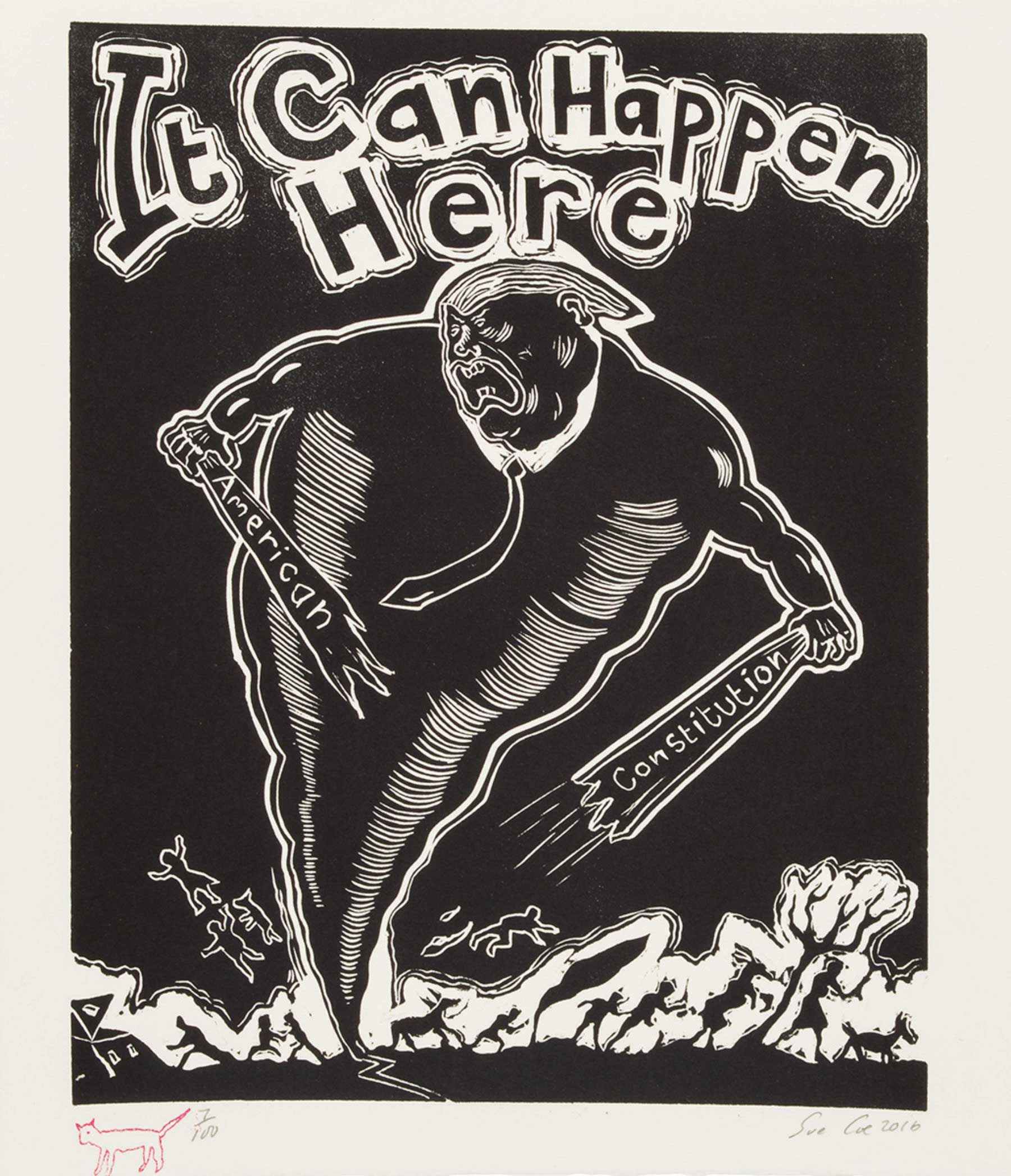 And as for the art world, she's hopeful about its future. “The zipped-up body bag has a hole in it,” she says. “Maybe the patient’s not dead. We’re getting a little bit of a scratching inside the plastic.”