The art-historical treasures of Clementia of Hungary, Queen of France

Book looks at one royal's Medieval gifts, giving and inventories 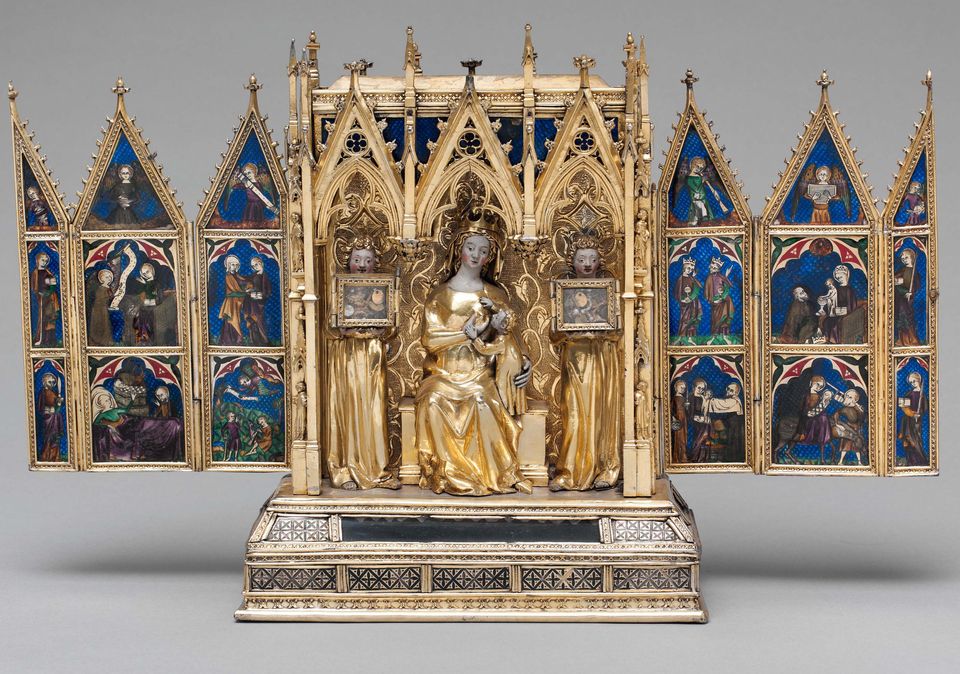 The reliquary of Elizabeth of Hungary, made by Jean de Touyl (1320–40) Courtesy of The Cloisters Collection, Metropolitan Museum of Art, New York

Queen Clementia of Hungary (1293-1398), in this book referred to by the French version of her name, Clémence de Hongrie, is probably not even a household name among medievalists. She had a walk-on role as the second wife of the short-lived king of France, Louis X (ruled for 18 months, 1314-16). Their infant son, John I lived and ruled for five days. Clémence then spent the rest of her life (she died aged 35) badgering her brother-in-law, King Philip V, for her widow's inheritance. This may sound like pretty thin material out of which to make a book, but what makes Clémence interesting from the point of view of art history and cultural studies is the survival of an inventory of her possessions and records of the many gifts she disbursed to strengthen allegiances during her contest with the king. Jewels, jewellery, sculpture, vestments, precious reliquaries (such as this precious silver-gilt and enamel reliquary shrine of Elizabeth of Hungary, made by Jean de Touyl, 1320–40, was sent by Clémence to her sister-in-law, Elizabeth of Poland, Queen of Hungary, the founder of the Poor Clares Convent in Buda), more than 40 illuminated manuscripts made up just 3% of all the queen's possessions. In her micro-history, Mariah Proctor-Tiffany illustrates many of Clémence's disbursements and collections and she explains how gift-giving worked in the High Middle Ages (without the sour prognostications of the Schapiro-Marxist school of art history). The book comes armed with a genealogical table, maps and beautiful colour plates.