The champion of the new: Kenneth Baker on the Dwan Gallery at Lacma

The dealer and collector Virginia Dwan's 57th Street gallery in New York had already delivered several shocks—including my first encounter with Sol LeWitt's wall drawings, although Paula Cooper had shown them earlier—when I was sent there in 1971 to review a show of Carl Andre's sculpture as a novice contributor to Artforum.

That assignment made possible a critical and formative confrontation with a key question: what could make this—something so barren of expressive, communicative form or intent—art?

Andre's metal plate sculptures did not sit comfortably on the Dwan Gallery's carpeted floor, but that aesthetic dissonance heightened their rebarbative strangeness. By that encounter and a few others (such as with Richard Serra's debut at Leo Castelli's upper Manhattan warehouse space in 1968), I was imprinted in the manner that Harold Rosenberg had warned young critics about: thereafter, I would weigh all the new art I saw in relation to the formal rigour and philosophical ambition of Minimalism and Post-minimalism.

Dwan's gift in 2013 to the National Gallery of Art in Washington, DC, of 250 works of Modern and contemporary art has now occasioned the exhibition Los Angeles to New York: Dwan Gallery, 1959-71, which is on now at the Los Angeles County Museum of Art (Lacma). But the survey show—which first opened at the National Gallery last September and is organised by James Meyer—seems timely for other reasons also.

It comes at a moment when American and European art dealers wonder openly whether the old business model of retail exhibition space still makes sense in a global market transfigured by mushrooming art fairs and internet commerce.

On the one hand, Dwan is a precursor of the multi-venue gallery system that exists today with Gagosian, Pace, Marian Goodman and others. Dwan was one of the first to operate galleries concurrently in Los Angeles and New York. On the other hand, for visitors with memories of her exhibitions, she personifies the cultural leadership toward which, in the pre-internet age, a curious art public looked for direction on the most challenging and consequential new art of the day.

To Lacma visitors without memories of the 1960s and early 1970s, the Dwan Gallery survey will serve as a synopsis of the transitions from early installation and Pop art to Minimalism, Conceptual art and Earthworks.

Dwan bravely sponsored the work of the Los Angeles assemblagist and art impresario Edward Kienholz, whose grungy and humorous work Back Seat, Dodge '38 (1964)—a found and fabricated object tableau of backseat sex—will strike many who know its history as a marker of the puritan spirit of an earlier age. When it was first shown at Dwan's gallery, it sparked public and legal allegations of obscenity. Terms permitting its public display were finally negotiated after an onslaught of negative publicity. 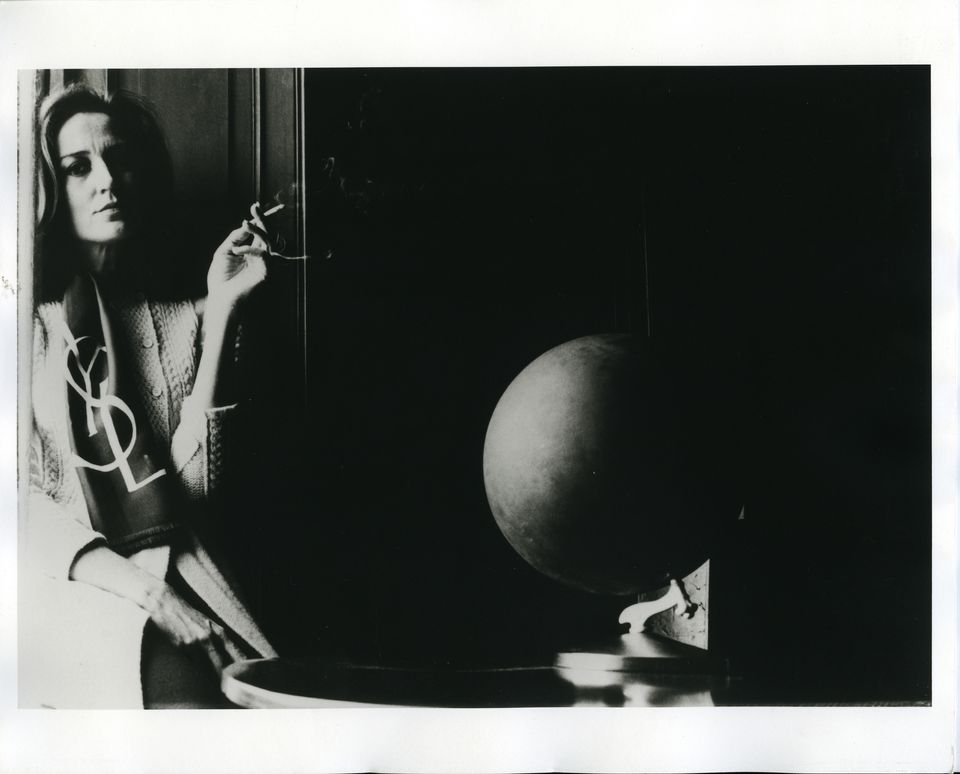 The courage of Dwan's proprietorship shines no less brightly in her early championing of European artists more than a world away from Los Angeles, such as Yves Klein, Niki de Saint Phalle, Jean Tinguely and Arman, each represented here by works of exemplary quality and spirit.

Early sculptures by Robert Smithson, such as the lapidary Glass Stratum (1967), have their own fascination here, as they did when Dwan first showed them in New York. But they faintly foreshadow the ambition of his Spiral Jetty (1970), the Earthwork he built on the shore of Utah's Great Salt Lake thanks to Dwan's patronage.

The seldom-shown film that Smithson made to document—and, in his eccentric manner, account for—the Spiral Jetty plays continually in the exhibition. Those lucky enough to have known him will find his voice on the soundtrack and the helicopter views of his lank figure stumbling along the Jetty almost painfully moving.

Through scrim-covered windows in the Smithson gallery, visitors can glimpse Michael Heizer's Levitated Mass (2012), Lacma's permanent installation of a 340-ton boulder beneath which visitors can walk for a taste of stone in the sky. In 1969, Dwan sponsored Heizer's Double Negative, another defining project of Land Art. Into the facing walls of a canyon in the remote Nevada desert, the artist cut a slot and removed nearly a quarter million tons of earth to make the work.

Double Negative continues to ignite younger artists' imaginations, even though comparatively few people have visited the deliberately forbidding site. Just a week ago, I happened to see a 2014 looped video by the Oakland artist Marshall Elliott titled Improbable Irrigation (Double Negative). It shows an impulse sprinkler atop the ridge at one end of Heizer's piece absurdly and impudently watering the vast cavity below.

A group of large photographs speak to another of Dwan's greatest acts of patronage: the 35-pole "test field" in Arizona that Walter De Maria built as a precursor to his 400-part installation The Lightning Field (1977), one of the greatest works of art of the late-20th century.

Documentation of this summit of Land Art reminds me of Dwan's most powerful New York show: her 1969 presentation of De Maria's Beds of Spikes—pieces so potentially injurious to clumsy viewers that one had to sign a liability release before entering the room.

Perhaps Lacma organisers found the presentation of Beds of Spikes impractical, or loan restrictions may have been prohibitive. But no work in the exhibition, and none other absent from it, better evokes the fire of Virginia Dwan's commitment to sharing the most powerful new art she could find.

The museum's presentation of the Dwan Gallery's history serves an obvious educational purpose. It is invaluable to students of the art and art history programmes in the Los Angeles region. It also serves notice to nostalgics and utopians alike that art's social and institutional history cannot be repeated. The moment betokened by Los Angeles to New York will never come again, but it may prove fundamental to a cultural future we almost dare not dream of.

Kenneth Baker retired in 2015 after 30 years as resident art critic for the San Francisco Chronicle. He is an Art Newspaper correspondent based in San Francisco