The MA curatorial show at the Barber Institute, Birmingham, challenges many of our assumptions 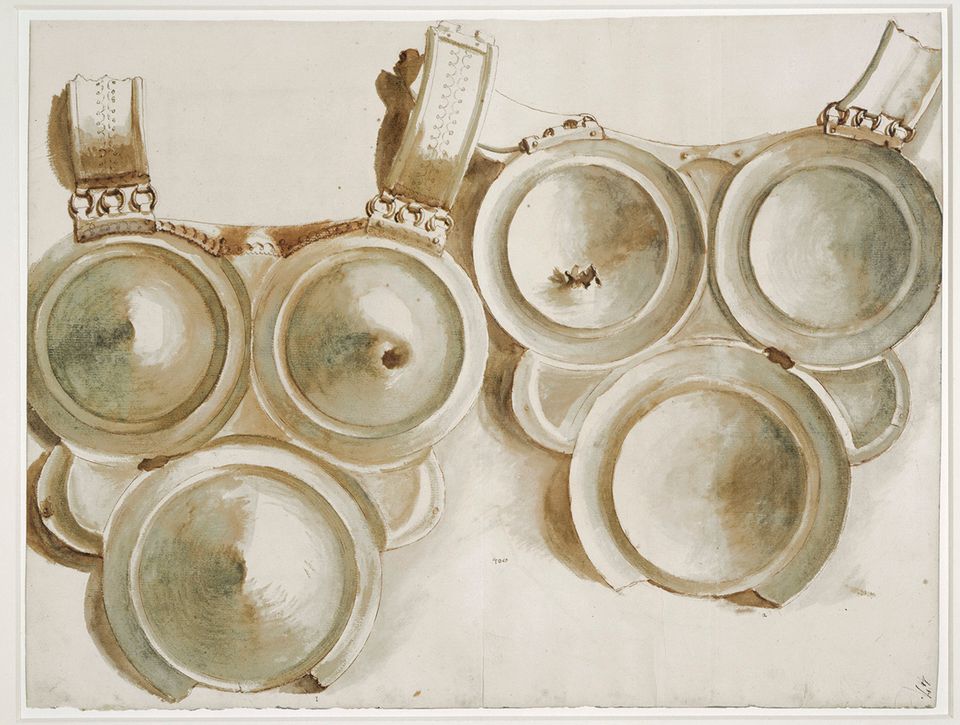 It has been more than 20 years since the first of the now 37 volumes of the catalogue raisonné of Cassiano dal Pozzo’s Paper Museum appeared as a joint enterprise of the Royal Collection and Harvey Miller Publishers. Now, as the series is reaching its conclusion (if a conclusion can ever be reached!), this exhibition may stand as a launch of a new generation of “puteal” scholars.

Cassiano dal Pozzo (1588-1657) was a Vatican bureaucrat from Turin who prospered under the art-loving pope, Urban VIII Barberini (reigned 1623-44). A great lover of science and the arts, dal Pozzo was never wealthy enough to collect on a grand scale like the Italian aristocracy and nobility. He wielded some patronage, notably of Poussin, but his fame rests on his “paper museum”. Instead of amassing antiquities and Renaissance Old Maters, Cassiano commissioned artists to record works of art, architecture and natural specimens on paper, resulting in a collection of around some 10,000 drawings. Some years after his death, the collection came into the possession of George III and is now mostly divided between the Royal Collection Trust and the British Museum.

Two years ago, the Barber Institute and the Royal Collection signed an agreement to hold one exhibition a year at the Barber, curated by the institute’s staff, and students taking the curatorial practices course of the art history MA. This year, the Royal Collection offered around 170 items from their Cassiano holdings, including a couple of complete, bound volumes. Out of these the Renaissance scholar and senior lecturer at the University of Birmingham, David Hemsoll, Robert Wenley, the Barber’s deputy director and head of collections, and Claire Jones, the Lecturer in the History of Art who teaches the curatorial MA module, offered the MA students around 45 items from which to create an exhibition.

The six MA hopefuls (surely, in the bag for this module)—Beth Brankowski, Mimi Buchanan, Eden Challenger, Lily Cheetham, Poppy Hicklin and Sarah McDermott—have devised this cabinet exhibition of 16 discrete drawings from and five printed volumes related to Cassiano dal Pozzo’s Paper Museum. They have focused mainly on the drawings of naturalia (many ascribed to Vicenzo Leonardi, one of the few known artists who contributed to Cassiano’s collection), but have included a couple of examples of architectural drawings (a copy of one of Michelangelo’s plans for St Peter’s Basilica), and a couple from the antiquities series, including the famous mosaic floor of the temple in Palestrina and some armour believed to be by Poussin.

A theme running through the students’ design concerns the historic relationship of the church and the then new scientific discoveries, the contest between faith and science. The exhibition bears witness to the ambivalence of the church’s attitude insofar as the Accademia dei Lincei, to which practising and believing Catholics like Cassiano belonged, pursued scientific investigations without interference. What becomes clear to 21st-century eyes is that neither the church nor the scientists had a monopoly of the truth: the 17th-century scientific observations turn out to be as wonky as the church’s astronomy. The exhibition includes Cassiano’s L’Uccelleria, an illustrated treatise on birds, which he published pseudonymously (under the name of his friend, Giovanni Pietro Olina) as his reception piece for the Lincei in 1622. Drawings, many by Leonardi, of a pelican (1635), blackbird (around 1620), a porcupine (around 1630-40), a civet (around 1630), a bizarre “fingered lemon” (around 1640), a sloth (around 1626), drawings of stones, corals, fossils, and one of semi-precious stones and minerals (around 1630-40) for which the the university’s geological museum has provided 22 specimens for comparison. 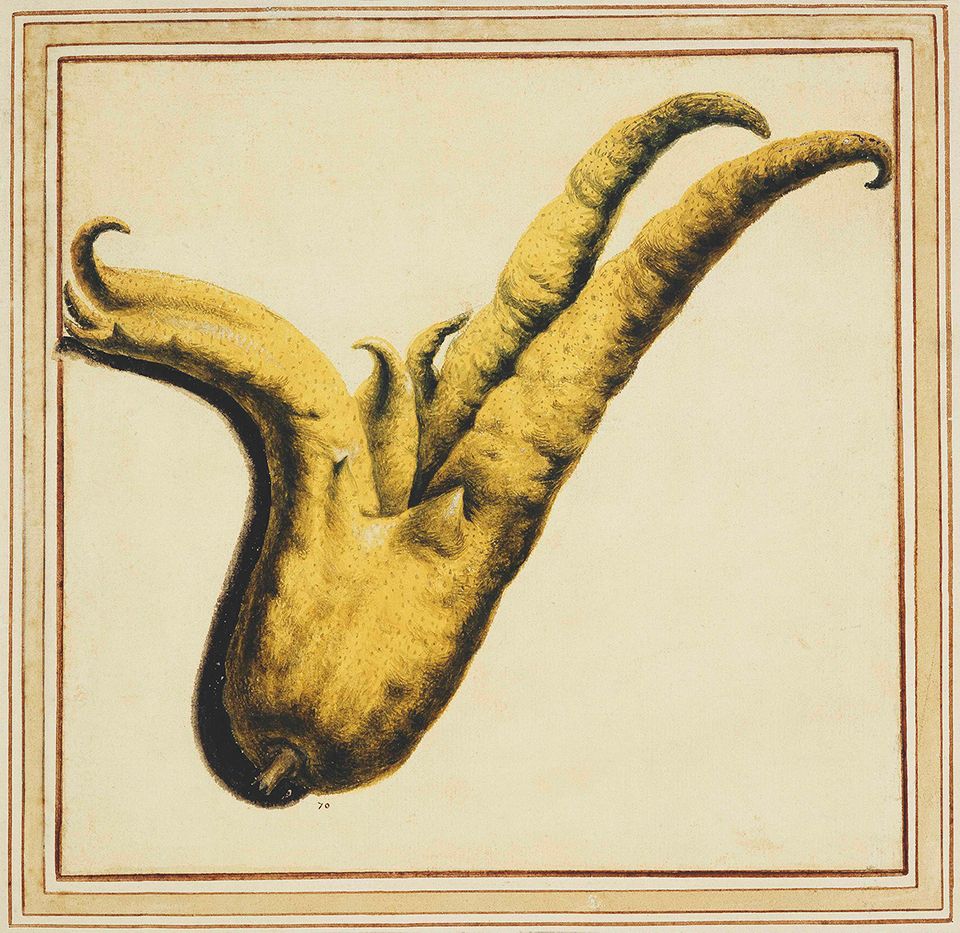 William Blake’s lines about being able “To see a World in a Grain of Sand / And a Heaven in a Wild Flower” come very much to mind one sees this show. Each drawing opens a world of thought – about antiquity, the Roman 17th century, about religion, faith, science, art, and the environment, among many other things. Not to be missed.