This small book tackles for the first time a very large subject: how relics were displayed in the Middle Ages

The way in which relics were presented determined what and how people thought of them, according to this publication of lectures 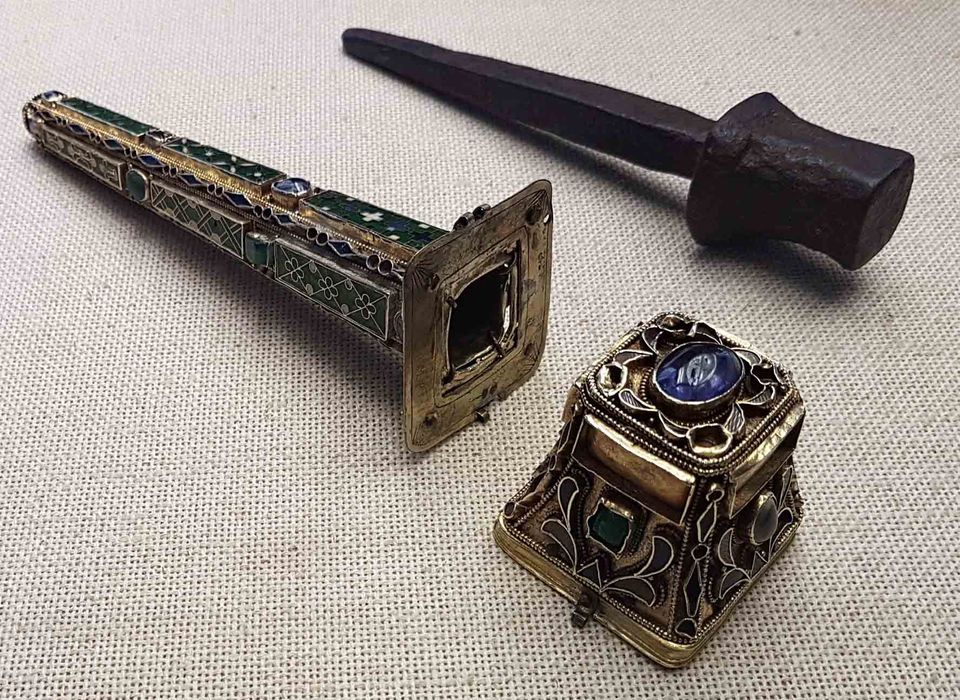 It is almost impossible for us to recapture, even imaginatively, the pervasive, undoubting and powerful faith and belief our medieval forebears had in relics. Today’s souvenirs and heirlooms are barely comparable to the inherent, sacramental substantiality that relics were believed to possess. And, above all, relics were an assured means by which grace—that essential spiritual phenomenon only through which an individual could obtain salvation—was transmitted. So, it was crucial to have relics or, if not to possess them, to go to places where they could be encountered.

Cynthia Hahn, the professor of art history at Hunter College in New York, takes a slightly different approach to the usual study of relics in this book, which is a published version of her 2014 Franklin D. Murphy Lectures at the University of Kansas. The book is in two parts: the first a discussion of the relics of the True Cross, and the second of the relics associated with the Crucifixion.

Of all relics, the most venerated were those associated with Christ’s suffering and death, first (in time) and foremost in devotion were the fragments of wood from the cross on which he died, many of which flooded Europe as a result of the Crusades. Later other items associated with the final events of suffering and death (such as the nails which held Him to the cross, the crown of thorns, the cloth that covered his private parts, the sponge soaked in vinegar that was held to His lips, and so on) became important adjuncts, such as (shown above) the Holy Nail and its reliquary (9th-10th century).

The more potent the relic, the more lavish the reliquary, as can been seen in the Limoges Reliquary Cross (around 1180) that held a tiny fragment of Christ’s cross. Hahn’s concern is not with belief or credulity of the relics per se, but with the ways in which they were presented, architecturally and in various costly reliquaries and ostensoria. Needless to say, as both categories of relics were exclusively in the hands of the upper two orders of society, the oratores and pugnatores—popes, prelates, emperors and kings—and not the numerically greatest third part of society, the laboratores, their modes of presentation were stupendous (and often beautiful).

Hahn concludes with a consideration of the Arma Christi, that is a pictorial form (drawn and printed) of the Passion relics which were intended to democratise veneration by enabling those unable to undertake the pilgrimages to the relic sites to take part. This is a small book with an important message for art historians.