Three artist studios to visit from home this weekend 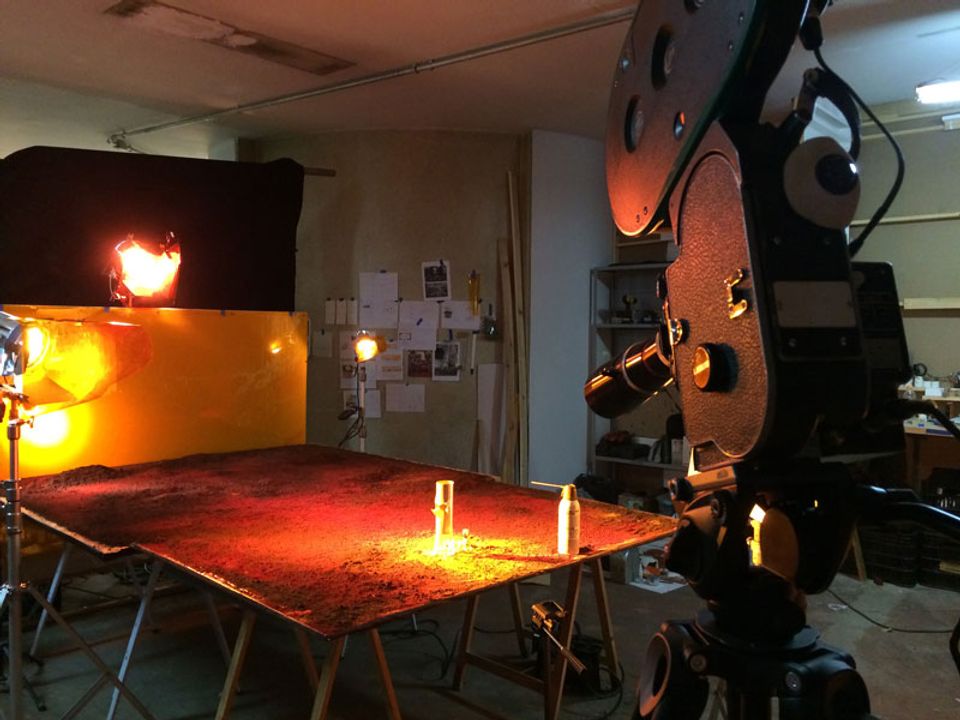 Inside the studio with Letícia Ramos Mendes Wood DM

The New York-based gallerist Rachel Uffner is running an Instagram series called In the Studio, in which pictures capture the chaos and creativity emanating from artists’ ateliers. In a recent series of images, the American multimedia artist Sara Greenberger Rafferty showed the detritus in her workspace, saying: “These pictures are from earlier in March when I was still working vigorously toward Frieze New York (note the mess of my studio). When work is in my studio it is almost always in process, in draft mode. The work really finds itself in installation, exhibition and actually outside of the studio.” The artists Hilary Pecis, Bianca Beck and Anya Kielar are among the other artists who have let the camera into their inner sanctums.

Galerie Thaddaeus Ropac’s virtual studio visits with some of its artists kicked off with Oliver Beer in his “eerily quiet” atelier in London’s Soho. The artists takes viewers through the piece he is currently working on—“a two-dimensional sculpture” that includes a sliced oud and laughing gas cannisters, among other things—and speaks about the importance of music to his artistic practice. Beer shares the first piece of music that he remembers, which is something he often asks of others, and plays it on the piano. The video is little over five minutes long, but it suits the medium well, giving us a quick glimpse into the working life of the artist. The gallery’s series also includes videos by the Pakistani artist Imran Qureshi and the Austrian artist Erwin Wurm as well as a forthcoming one from Tehran-born Ali Banisadr. Next week, the gallery will visit the studios of Raqib Shaw and Ilya and Emilia Kabakov.

The Brazilian gallery Mendes Wood DM is sending out a constant stream of reading and viewing material through social media and its weekly newsletter of artist interviews, studio visits and virtual exhibitions. This week it profiled the São Paulo-based photographer Letícia Ramos, who gives a behind-the-scenes glimpse into the technique she uses to create her photograms, involving an amalgamation of surprising apparatuses that result in images reminiscent of Elysian landscapes. Her ambiguous imagery “rejects outright the trends of today’s hyperactive image culture, restoring interpretive agency to her viewers”, the artist Luisa Duarte writes of Ramos. And in its first #TBT this week, the gallery is looking back to the artist Paulo Nazareth’s first solo exhibition eight years ago.