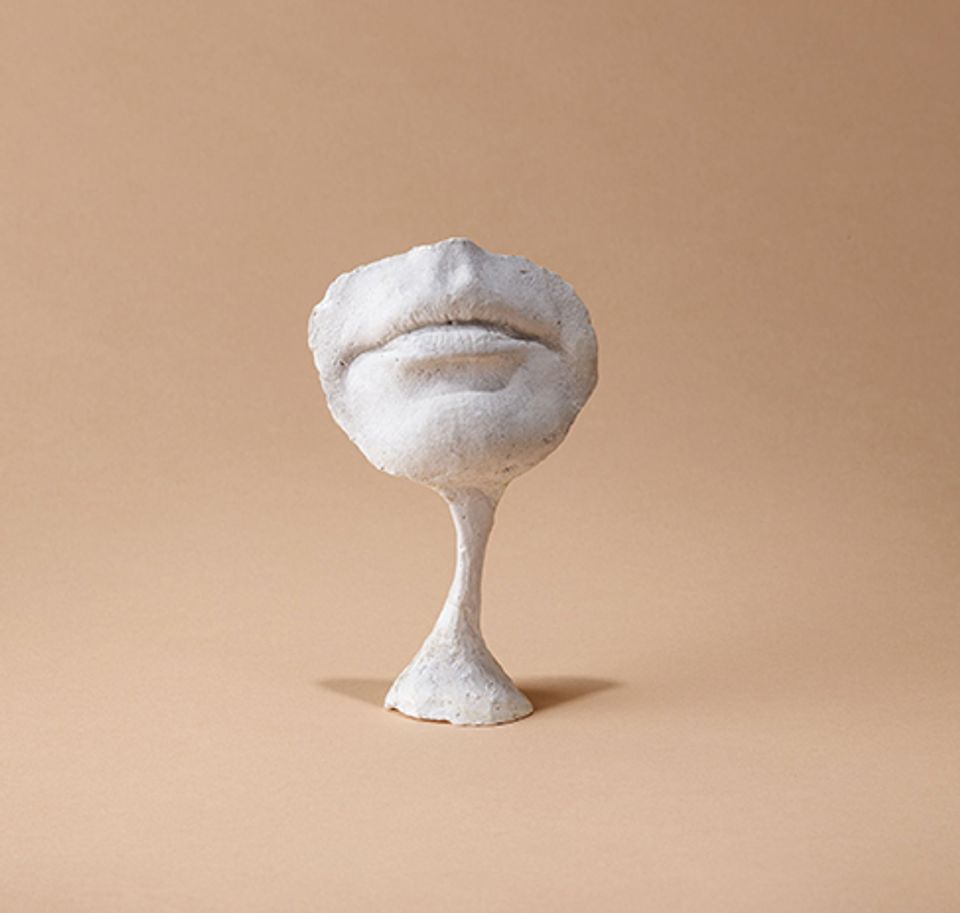 The late Polish sculptor Alina Szapocznikow rarely spoke of her time as a teenager spent in the concentration camps of Auschwitz and Bergen-Belsen, considering it "indecent" to discuss. And yet, the horrors of the Holocaust can be found everywhere in To Exalt the Ephemeral at Hauser and Wirth (until 2 May; free), which looks at the last decade of Szapocznikow's "brief, but explosively inventive career". Centred around recordings of her physical being, a 1962 plaster cast of Szapocznikow's right leg lies adjacent to one of her mouth, which also appears in a series of functioning lamp sculptures made from polyester resin. Her final works, following a cancer diagnosis in 1969 that would end her life four years later, include a group of smaller lump-shaped sculptures titled Tumour, which are imprinted with ghostly kisses from her lips. These deeply personal yet disembodied traces of Szapocznikow's anatomy play on a delicate balance between treating the body as expendable yet intrinsic to one's lived experience. This desire to preserve the physical self while acknowledging the reality of death was no doubt formed by Szapocznikow's early memories of witnessing piles of corpses and starving bodies. By articulating unimaginable trauma through intimate touch, these sculptures champion the importance of tenderness, humanity's most valuable yet under-utilised quality.

Known for focussing her camera lens and razor-sharp critique on her home country of Iran, the acclaimed photographer and film-maker Shirin Neshat has shifted her focus onto her adopted country—the US—for her latest work Land of Dreams (2019). Currently on show at Mayfair’s Goodman Gallery (until 28 March; free), the portrait of America in the age of Trump is made up of two video installations and more than 100 photographs, half of which are on view in this show. Upstairs, the portraits of individuals are hung in a salon style and are signature Neshat—frank, face-on images with Farsi script scrawled in the background. The sitters are diverse—including Native Americans, veterans, immigrants, convicts and children—and were all taken in New Mexico. The story behind the images is told downstairs through the videos: an Iranian photographer and immigrant goes door to door in a small US town to take people’s portraits and ask them about their latest dreams. She then takes these back to a surreal Iranian colony tucked away inside a mountain where people are secretly analysing the results. “She is almost like a spy but also like a mediator,” says Neshat, who says that the central character is an extension of herself. “It is a kind of a political satire—a very dark comedy.”

• To listen to our interview with Neshat about the show, click here.

Closing in a fortnight, the British Museum’s blockbuster exhibition Troy: Myth and Reality (until 8 March; tickets £20, concessions available)—quite rightly does not build a rigid wall between fact and fantasy. Rather, it interrogates the interplay between Troy, real and imagined, in antiquity and down the ages. Encompassing the extraordinary range of media used to transmit the Troy story across time and space, Gandara stonework from Buddhist stupas in Pakistan shows the Greek’s wooden horse being pulled into Troy; Etruscan tombs immortalise the brutal slaughter of Trojan prisoners around the Funerary Pyre of Patroclus, Achilles’s much-mourned lover-companion-comrade. The show also adroitly selects the very best of the Trojan treasures and tributes that still remain: Chatsworth House’s 19th-century wounded Achilles by Albacini; the 1st-century AD bust of Odysseus copied from a Hellenistic bronze. What it also does brilliantly is to explore, subtly, why these have become the greatest stories ever told. Troy tales endure because they fulfil the role of duty and desire, beauty and brutality in the human experience. It is why civilisations have come and fallen, but this myth-history has never been allowed to die, and in truth, the Troy story is ever more relevant. As the purveyors of knowledge, metaphysical and physical, memory-merchants enjoyed elevated status in the ancient world. One fragment of a wall-painting from the throne room of Bronze Age Pylos in Southern Greece shows a bard, strumming his lyre, sharing tales of the past to inform the present and the future. The thread of history might snap but that of storytelling never does.