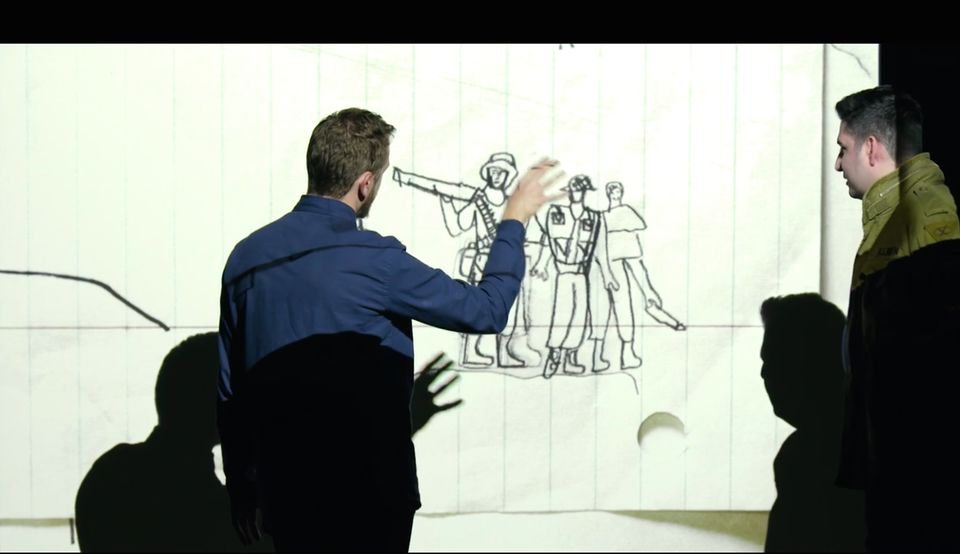 The Beirut-based artist Lawrence Abu Hamdan is known for his cutting-edge investigatory work that interrogates how sound and oral histories can be used for social justice. For his second solo show at Maureen Paley, he extends the reach of his innovative practice to the concept of reincarnation. In the film Once Removed (2019), first shown at the 2019 Sharjah Biennial, Abu Hamdan interviews the 31-year-old historian Bassel Abi Chahine about the extensive archive he has amassed around a lesser known part of the Lebanese civil war, a history that is suppressed by the Lebanese state. Curiously, Abi Chahine explains that he is reincarnated from a solider that died aged 16 in this war, and so has witnessed a life and its concomitant suffering that he hasn't physically experienced.

Even more intriguing is a 2020 series of thermographic prints based on a 1997 global forensic study that explored the correspondence of birthmarks on reincarnated subjects to the circumstances of their death in their previous lives. In both bodies of work Abu Hamdan asks us to consider the possibilities that might arise should we expand our understandings of what constitutes a witness and a valid testimony. If we begin to listen to the memories of our past lives, in which direction will the pendulum of justice swing? If reincarnation does exist, then which ghosts haunt us today? 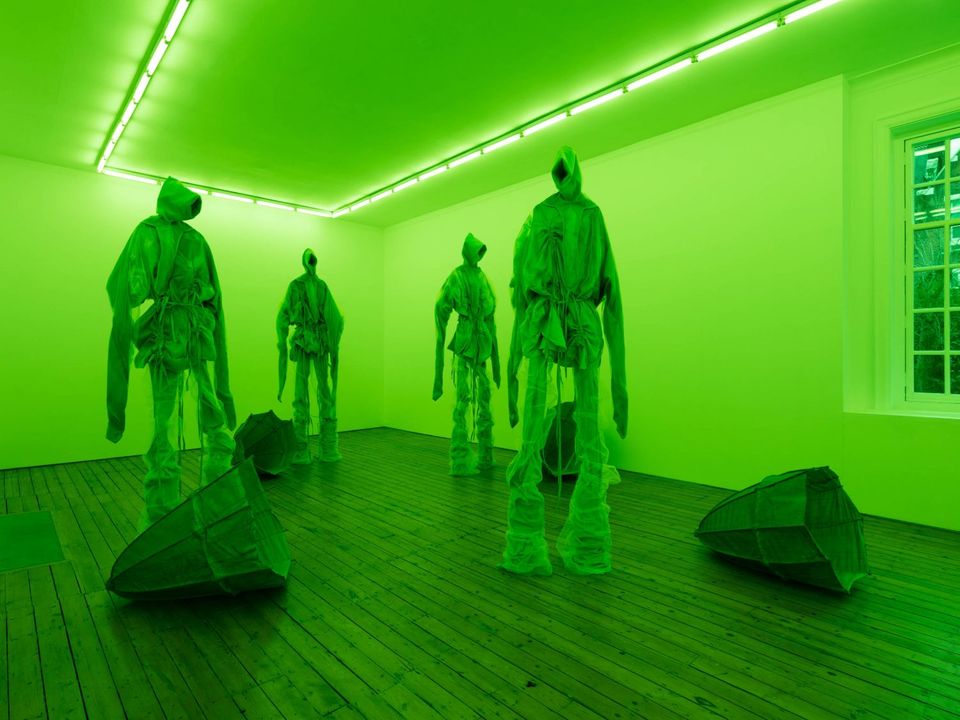 Four looming hooded figures stand 10-ft-high, bathed in a sickly, neon green light. Next to them are woven baskets, possibly used to gather food or to conceal themselves with. In this show of new works by Sandra Mujinga we are asked to navigate around The Keepers, a quartet of imposing alien subjects that invite reactions ranging from reproach to curiosity. Based between Oslo and Berlin, but originally from the Democratic Republic of the Congo, Mujinga is concerned with questions of visibility, both in relation to aesthetics and the social implications of Blackness. Here, the green light creates a sense of hypervisiblity but also shrouds its subject—a reflection on the notion of feeling hidden yet at the same time exposed. This concept takes on a deeper resonance when we consider how our digitally operated lives allow us to hide behind avatars while also leaking data to be mopped up by surveillance states. 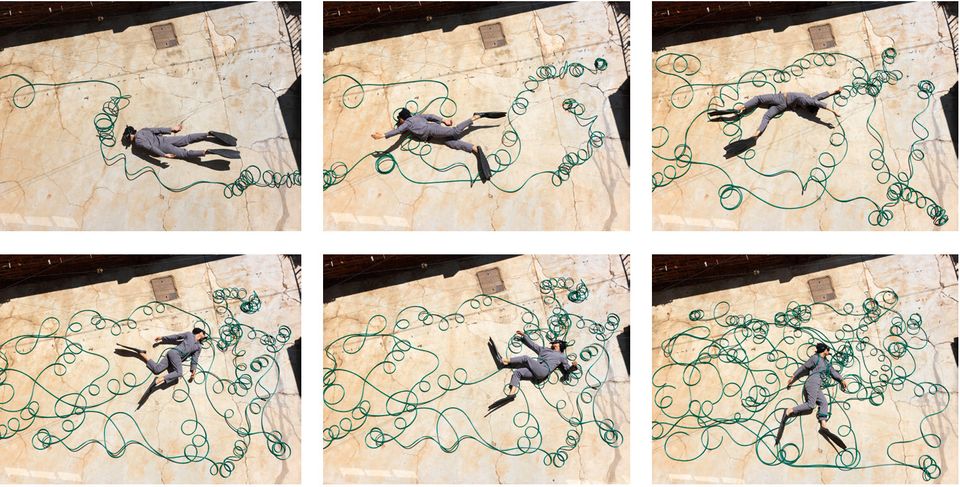 The Backyard is my World

Robin Rhode’s first solo exhibition in London since 2011 includes photographs and animations produced over the past ten years in the backyard of the artist's family home in Johannesburg, South Africa. Crucially, Rhode’s images take on a new significance in the wake of the pandemic.

The photographic series Yard (2013) reflects the passing of time through 12 sequential images comprising a pair of yardsticks—placed in different positions like the hands of clock—attached to a pair of polished school shoes. Another series, Proteus (2020), shows Rhode swimming on the floor of the backyard, cleverly transforming his urban workspace into an imaginary underwater reef replete with seaweed (represented by garden hoses). Fantasy gives way to reality in Small Axe (2021), a digital animation showing an axe-wielding man chopping and swinging at a tree. The symbolic, searing piece is a “poetic allegory for the fight against oppression”, a statement says.